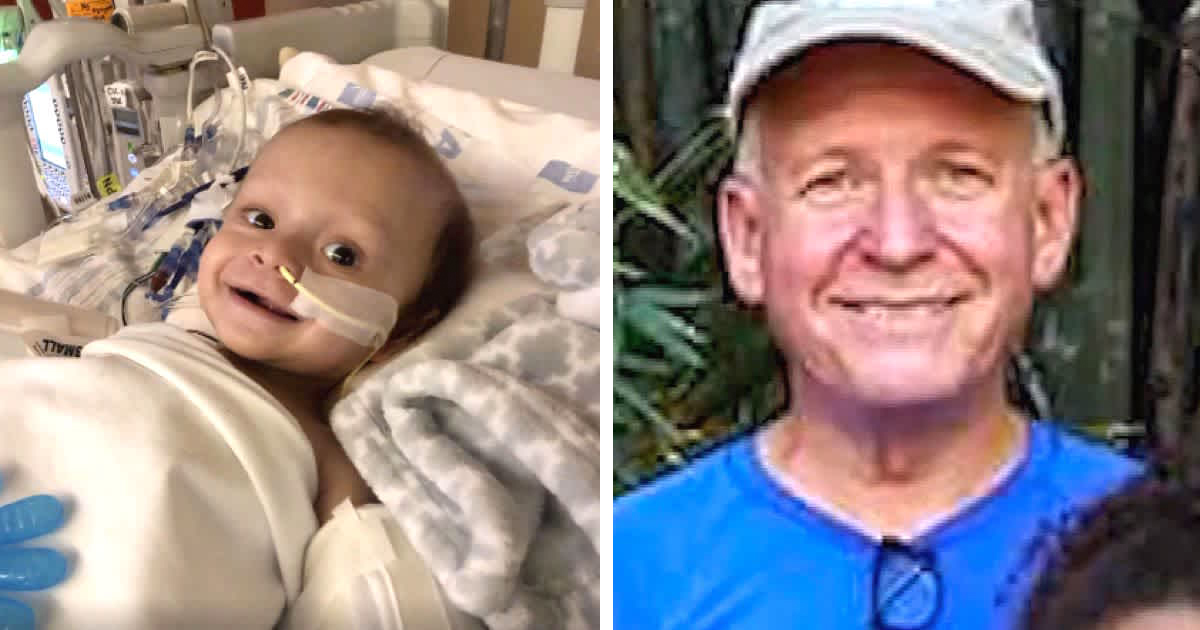 We’ve all been encouraged to come together through such a difficult year; if it wasn’t a pandemic throwing our sense of normalcy into chaos it was freak weather forcing us into survival mode.

But through it all the stories of people helping complete strangers have helped restore our faith in humanity and offered some comfort.

One grandfather felt compelled to travel nearly 2,000 miles to help a 10-month-old baby who needed an organ donation to survive.

Michael Speck, a 64-year-old grandfather from Ohio, who had already donated his kidney to a minister years earlier, burst into tears when he learned of Baby Jacob’s condition in California.

Chad and Aileen Cooper’s sweet son was born with biliary atresia, a rare disease of the liver and bile ducts that can be deadly. Doctors told his distraught parents that he would need a liver transplant to survive.

His parents were tested but were not suitable.

Dr. Yuri Genyk, who works at Children’s Hospital Los Angeles where Jacob had his surgery, said he was critically ill.

“He was getting progressively sicker,” he added, as per CBS News. “He was hospitalized with infection prior to  the transplant, he was critically ill.”

The search began for a suitable donor and Michael’s name came up.

“The surgeon told me it was a little 10-month-old baby,” Michael said. “When I found that out I just burst out crying.”

So, in October, at the height of the coronavirus pandemic, he made the 2,000-mile journey to Los Angeles for the transplant.

“Your son is born with an issue, and then somebody from across the country you have never met shows up to save his life,” Jacob’s dad Chad Cooper said.

The operation was a complete success, and the grateful parents were able to zoom Michael to say thank you.

“There’s no words that can describe how thankful we are to you Michael, you saved our son’s life,” Aileen Cooper said.

“There’s so many people out there that can do the same thing I did,” he said.

It takes a true hero to carry out such a selfless act like Michael did and not think it was any big deal. What an inspiration he is.

I wish them both a very healthy and happy future. Please share.