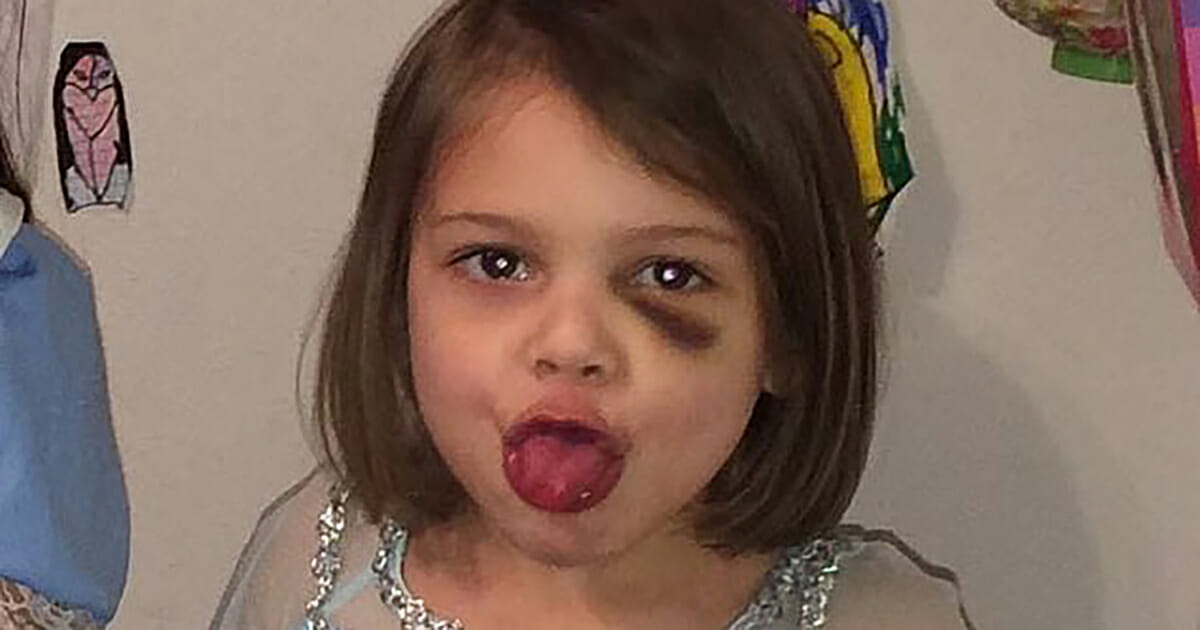 In my opinion, there is nothing as sweet nor innocent as a young child. Which is perhaps why it’s exceptionally difficult to understand the motives of those who harm their own young.

The case of 4-year-old Leiliana Wright is like something from a horror movie. Sadly, for her, the nightmare was all too real.

Her biggest problem was that people turned a blind eye to her abuse. Most of those who were in a position to help her didn’t, and the few who did attempt to raise an alarm were ignored.

And all the while Leiliana was exposed to devastating abuse.

When Texas police finally forced their way into her home, they found 4-year-old Leiliana in the bathroom. Her mother told them she’d collapsed whilst in the shower.

Leiliana was bruised purple from head to toe … her back was torn with stripes caused by a whip.

A long string of mistakes, incompetence and problems in the system led to little Leiliana’s death, according to Dallas News.

Social services had been warned several times that something wasn’t right in Leiliana’s home. Both the girl’s grandmother and biological father had suggested that Leiliana was being subjected to abuse.

Officials from social services actually paid a visit to the household, a few short months before her death in March 2016.

They didn’t see any problem with the conditions in which she was living, though, and so allowed her 33-year-old mother Jeri Quezada to keep custody of her and her younger brother.

But, behind the scenes, things were far from OK.

Following her death, the police and family have released heartbreaking pictures documenting the horrific abuse she was made to suffer before she died.

Her mom’s boyfriend, Charles Wayne Phifer, 36, has been charged with murder. If found guilty, he will be handed a life sentence.

The case on the whole is being closely followed in the United States, while it has rocked the state of Texas.

The trial is currently underway, with police sharing the grisly details of the abuse.

She had, amongst other things, been tied up in a closet in such a way that she couldn’t sit down, as well as been allegedly lifted by the throat by Phifer and thrown with such force into the closet that it left an indention. It’s said she vomited multiple times in the days leading up to her death.

Gran Prairie police sergeant Brad Makovy was a child abuse detective who investigated the case in 2016. He was present for the autopsy conducted on Leiliana, and described her injuries as, “the worst thing I’ve ever seen inflicted on a child.”

Nurses and police staff, meanwhile, were purportedly left in tears at the state of Leiliana’s body.

Whilst delivering a testimony to the court, Sergeant Makovy described how he interrogated mom Jeri Quezada. She was hesitant to speak at first, but now that she’s facing 50 years behind bars herself, she’s identified her boyfriend as a driving force in the smuggling trade.

Quezada told police that she left Leiliana with her boyfriend because she was frustrated with the girl and needed a break. She was out for dinner with her mom and had left her daughter alone with Phifer.

When she got home, she took heroin with Phifer and asked about Leiliana. Phifer replied that the child was locked in the closet. He claimed she had suffered a fall in the shower.

Leliana’s grandmother, Adeline Carr, was the first person to alert the authorities. She testified to the court on Thursday and told them that the girl sometimes stayed with her. She also described how skittish Leiliana was.

“She was afraid of every strange sound or loud noise,” said the grandmother.

According to her, Leiliana was silent and shy; the girl would stare at things as opposed to talking.

Leiliana’s death resulted in several people being fired or resigning from positions at the Texas Department of Family and Protective Services.

All the while, the debate regarding how social services deal with cases of suspected child abuse rages on.

No child should have to suffer like Leiliana did. It boils my blood to think that no one acted in time to save an innocent young girl.

Children who are being abused sorely need people in their surroundings to spot what’s happening. Dare to do something.

Sadly, often when adults suspect something is awry, they don’t act on their hunches. They think only of the backlash if they’re wrong, or how intervening may affect the child.

I hope Leiliana’s story will encourage more people to be vigilant and stand up!