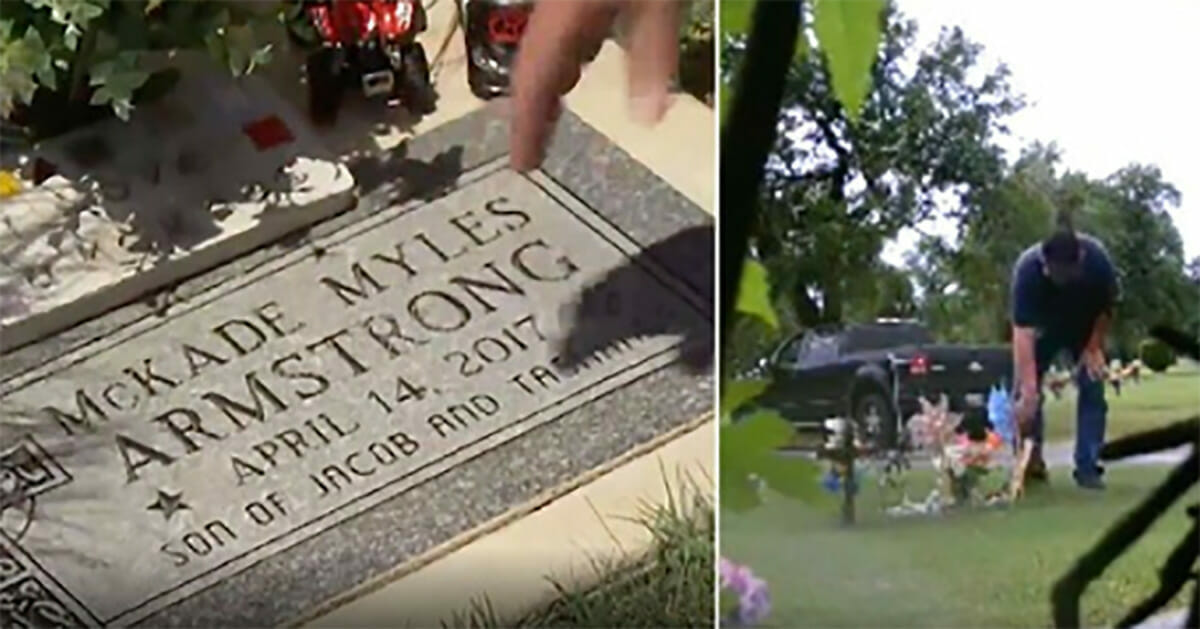 It’s hard to imagine anything more difficult than losing a child; those that have lived through such a horror never really get over their loss.

Their son is buried at a cemetery in Oklahoma and the couple visit his grave as often as they can.

The couple place items such a colorful pinwheels, flags and even toys on McKade’s grave; items  they think their son would appreciate.

But one day they noticed some of their items had gone missing.

Tashanna and Jacob were baffled as to why anyone would want to steal from a grave.

“These are Dollar Tree items so they can just go and buy the items themselves, what’s the purpose of stealing them from an infant’s grave?” Tashanna told Inside Edition.

“This pinwheel doesn’t mean a whole lot to the next person, but it does mean a lot to the person who placed it there,” she added.

Jacob was so upset that someone would pilfer items from his son’s grave that decided to try and catch the person stealing from their son’s grave and installed a hidden camera.

Shortly after, Jacob captured two suspicious people on camera. They were lurking around the grave, but you couldn’t see their faces…

Jacob went back to the cemetery, to reset his camera to get a better shot. 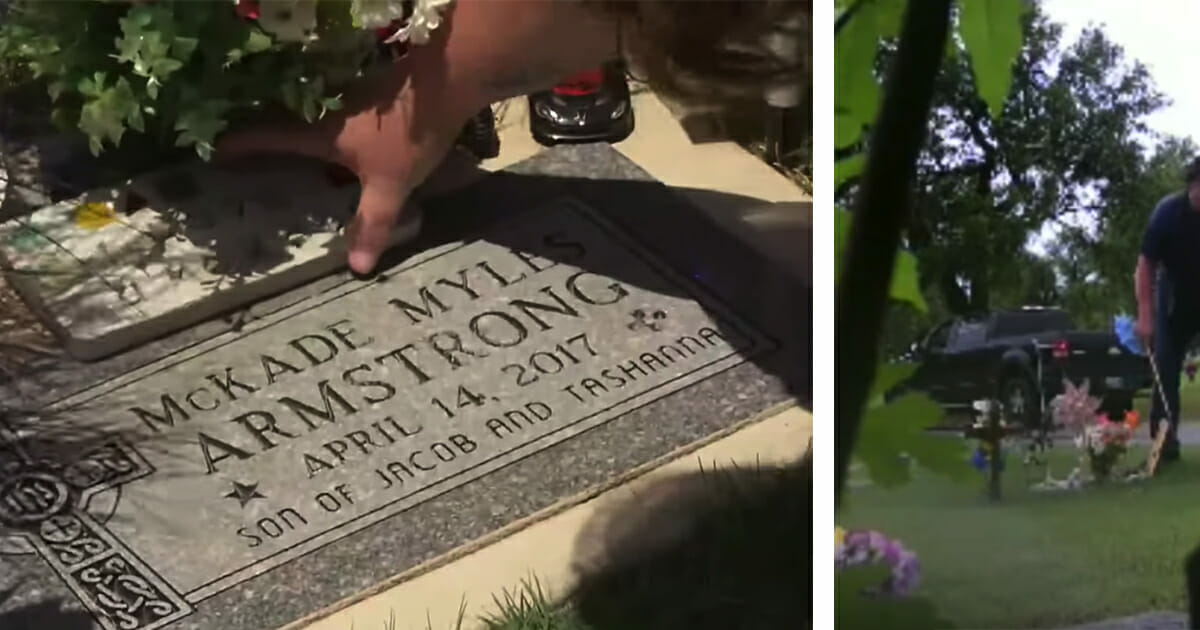 The new footage showed an elderly man picking up a pinwheel from their son’s grave and walking away.

The couple handed the footage over to Deputy Chief James Logsdon at the North Enid Police Department, and it wasn’t long before the heartless culprit was identified.

James Logsdon made it his mission to solve the case. He felt strongly for the family, Logsdon’s own sister also died at birth and is buried just feet from McKade.

“It would be hard to find a more defenseless victim than someone buried out here,” Logsdon said, according to Inside Edition.

Find out what happened when Jacob confronted the man caught stealing from his son’s grave in the clip below.

I will never understand why anyone would feel the need to do such a thing.

Please share this story with your friends and family