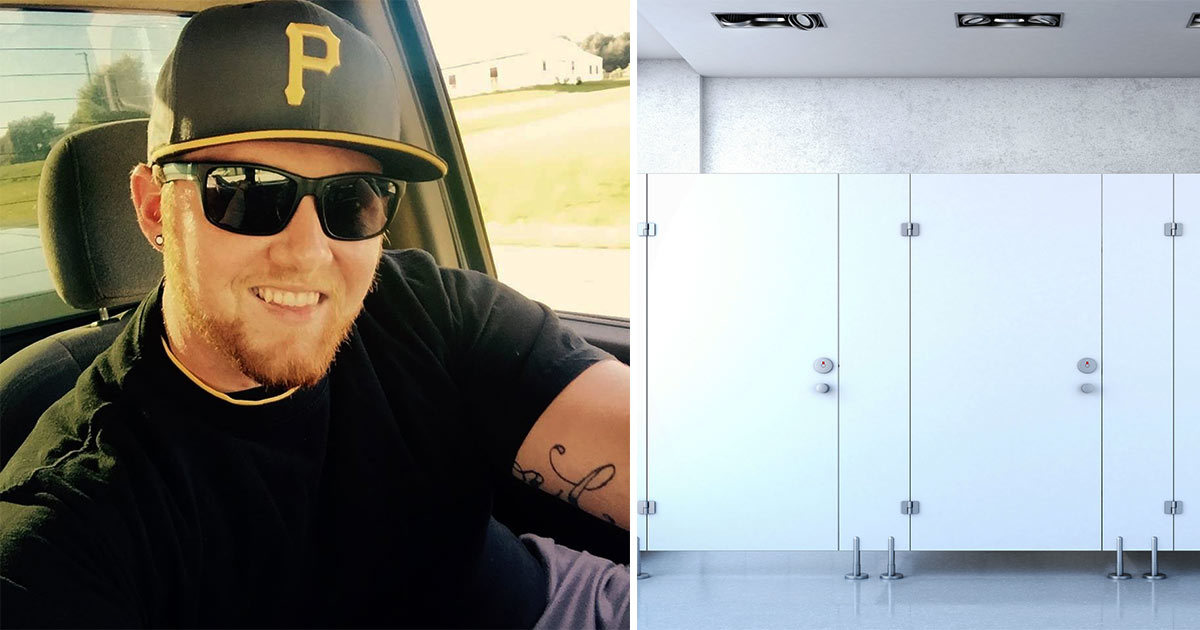 But in the meantime, I think it’s important to look out for our elders and make sure they’re well taken care of. After all, we couldn’t be where we are today without them!

Someone who really understands this is a guy named Marcus who recently shared a story on Facebook. He heard a teenager making fun of an elderly man at a restaurant and couldn’t just stand by and do nothing.

He realized that he needed to act immediately. And it’s a good thing he did!

Marcus was eating lunch at his favorite restaurant when he was interrupted by a nearby teenager. The kid was laughing about a situation in the bathroom that he had just seen.

But it was no laughing matter, and Marcus went to find out what was going on.

Inside the bathroom, he saw something that changed his outlook on life. An elderly man was crying inside one of the stalls. He was stuck on the toilet and couldn’t get up.

Marcus didn’t understand what there was to laugh about. Without hesitation, he went to the stall and asked the man if everything was OK. The man responded that he wasn’t strong enough to get up on his own, because he didn’t have his cane with him.

Marcus asked the elderly man to unlock the door, and after he did, Marcus helped him get up on his feet, pull up his trousers, and buckle his belt. The old man was embarrassed and fought back tears, but still managed to give Marcus a long, warm hug.

The two men shook hands, and Marcus went straight to the teen and told him that he had to apologize to the man.

The world needs more role models like Marcus—someone who cares about himself and can put himself someone else’s shoes, even though it will be decades before he needs help standing up.

Marcus did the right thing for the elderly man and also taught the teenager an important lesson. Please share this article with your friends on Facebook if you also think Marcus is a great role model.