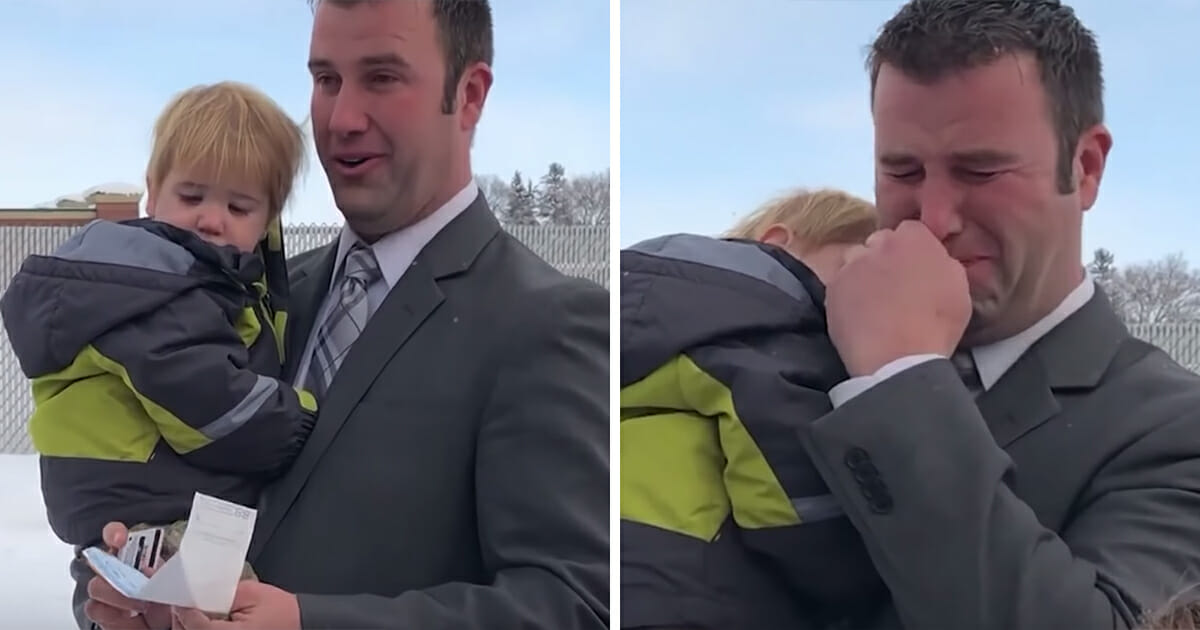 Earlier this year, Dakota Nelson and his wife Ream were goofing around in their garage. It was a day like any other; all was well.

When Dakota returned having left to retrieve something, however, his world was turned upside down. Ream was on the floor, unconscious. Her face was blue and she didn’t appear to be breathing.

Dakota immediately leapt into CPR, whilst instructing the couple’s 11-year-old son to call 911. Rema’s brain went without oxygen for 20 minutes, however, and despite being comatose for several weeks, she eventually passed away. Doctors still don’t know what caused her abrupt passing …

Out of nowhere, Dakota was left to carry the family on his own. He and Ream had seven children together, aged 1 through to 16, and it also fell to him to pay for the upkeep of the house.

Just consider that. Not only is Dakota a grieving widower, but he’s also a father with immense responsibility. He’s currently working three part-time jobs just to pay the bills.

But all hope wasn’t lost … not entirely.

Looking to spread some Christmas cheer, an anonymous donor heard Dakota’s story and decided to help in time for the holiday season.

Dakota was handed a note containing a rather special gift from a ‘Secret Santa’.

Little did he know, however, that it was no less than $10,000. Certainly an amount that can go a long way toward helping Dakota in this most difficult of times.

Dakota, of course, was rendered next to speechless. Tears flowed when he saw the numbers. We can only imagine how much it means to him!

If you’d like to help Dakota out in anyway, head over to the GoFundMe page created by Ream’s sister. It can be found here.

Watch the amazing video below:

Dakota, our hearts go out to you. You and your family are in our prayers.

Want to pay tribute to Dakota? Share this article to spread his story around.