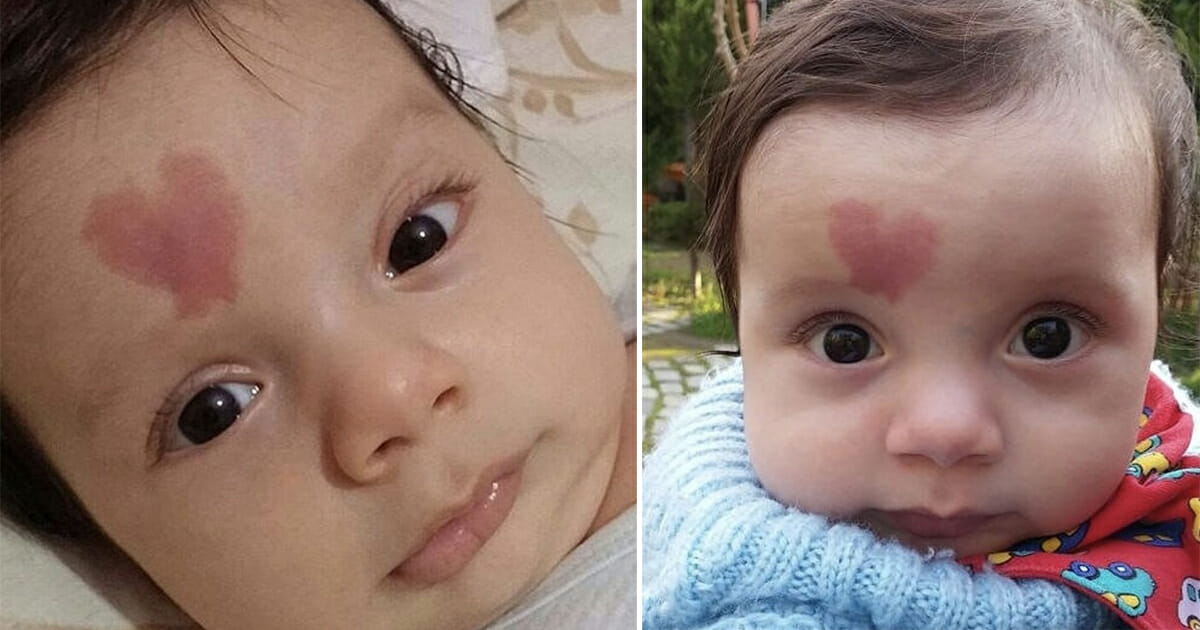 Every child is a miracle, and each one is beautiful in his or her own way.

But a little boy who has been dubbed the “love baby” is truly special.

His parents, Murat Engin, 30, and Ceyda, 28, couldn’t believe their eyes when they saw the heart-shaped birthmark on their newborn son’s forehead.

Millions of people around the world couldn’t get enough of the little charmer when he was born in 2015.

Little Çinar was born in late 2015, in Ankara, the Turkish capital.

Already in the delivery room, the little boy was a star—and the nurses couldn’t help but take selfies with the special baby.

The reason? Little Çinar had an incredible birthmark on his forehead.

“After a nurse cleaned the bloods on his head, I was the first who see the birthmark on his head. It was difficult for me to hold back my tears,” his father, Murat, told the Daily Mail.

The little boy was described as a “love baby” by nurses, according to the Daily Mail.

Çinar attracted love and attention all over the world and became a viral sensation.

According to the parents, many people stopped on the street and wanted to take pictures with their son.

“When we walk around, everyone smiles at us and loves him. All of our friends are curious about his birthmark because of its heart shape. They say that he is a love baby,” said Murat.

His family believe Çinar’s birthmark is a “gift from God” and since his birth they have always told him to cherish why he’s special.

“When we go to hospital for custom control, nurses and doctors know him and called him as ‘Hearted Boy.’ He already has many fans,”

And Çinar still seems to have many fans and supporters around the world, who wants to follow his journey through life.

His parents has created an Instagram account so that people can see how Çinar is doing in his everyday life.

Today he is 4 years old and as charming as ever! Don’t you think he is one of a kind?

Don’t forget to share this article on Facebook if want your friends to see this little charmer, too!