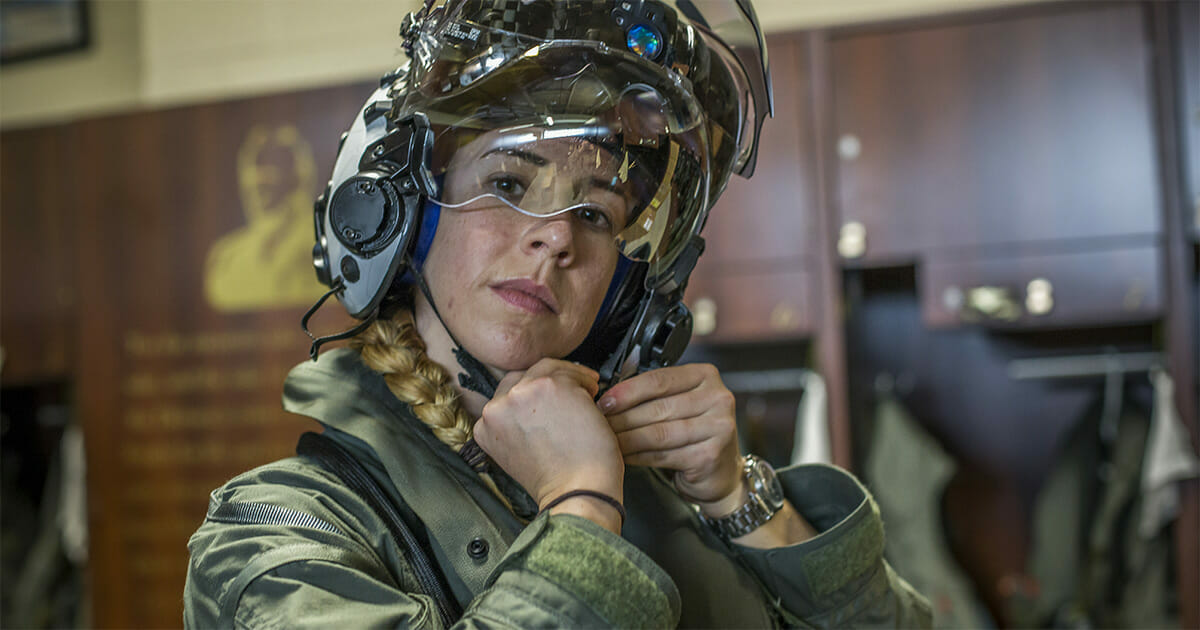 Nothing comes close to the F-35 fighter jet: this single seat, supersonic, combat aircraft has been around since 2006.

Not only is it fast but the multitude of sensors it has can detect trouble coming from all directions, far enough in advance to deal with it before it becomes a threat.

So far only men have been permitted to fly these expensive fighter jets but now a 29-year-old from Idaho has made history after becoming the first woman to fly one.

The 29-year-old commercial helicopter pilot from Boise, has become the first woman in the Marine Corps to fly an F-35 fighter jet, according to Fox News.

Marine Capt. Anneliese Satz had to complete four years of training before she was qualified to get in one of these supersonic jets.

Her training took her to bases in Florida, Texas and Mississippi and she has completed over 300 hours flying.

“The first flight in an F-35 is by yourself,” Captain Satz said in a press release. “The syllabus thoroughly prepares you for that first time you take off and for every flight after that, it’s an exhilarating experience.”

Captain Satz is set to pilot the F-35B Lightning II as part of Marine Fighter Attack Squadron 121, the Green Knights, in Iwakuni, Japan, according to the press release.

“I am incredibly excited to get to VMFA-121 and look forward to the opportunity to serve in the Fleet Marine Forces,” she said.

Such an incredible achievement by a woman who is lighting the way for so many other women to follow in her footsteps.