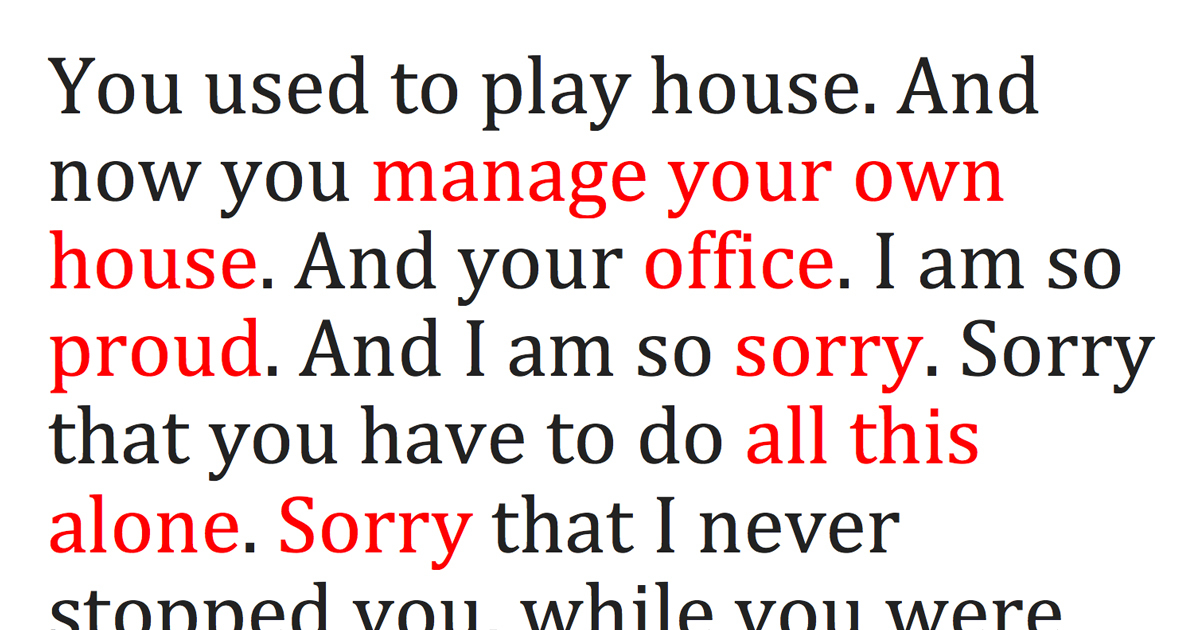 I grew up in a rather traditional household. My mom is a housewife. My dad whose now retired, earned the bread and butter. I have three sisters. As girls, we were certainly brought up to share in and do chores around the house. But we were also told we had to get a good education in order to get a good job one day – and not have to financially depend on any man. Today, women everywhere have good educations. They work, raise their children – and statistically, in most countries around the world, they still do most of the chores around the house. I don’t have a brother, but I often wonder – if I did, how would he had been raised? Would his portion of the chores have been exactly equal? I somehow doubt it. These thoughts came rushing to my mind as soon as I watched this powerful and moving video, which sheds light on exactly these questions. It profoundly moved me. The video emerged as part of a campaign called #SharetheLoad, a collaboration of several cleaning products companies that wished to show how fathers and husbands can take small steps (such as doing laundry) to create more equal homes. The commercial actually won awards at the 2015 Cannes Lions International Festival of Creativity. But I think the real award goes to fathers, husbands, and sons out there, who are changing stereotypes and showing women everywhere that perhaps one day, we can truly expect a more equal society and a better world for everyone.

Share this moving video with your daughters, sons, fathers, mothers. Everyone should see it.

Newsner supports equal rights for men and women. Please like if you do, too.