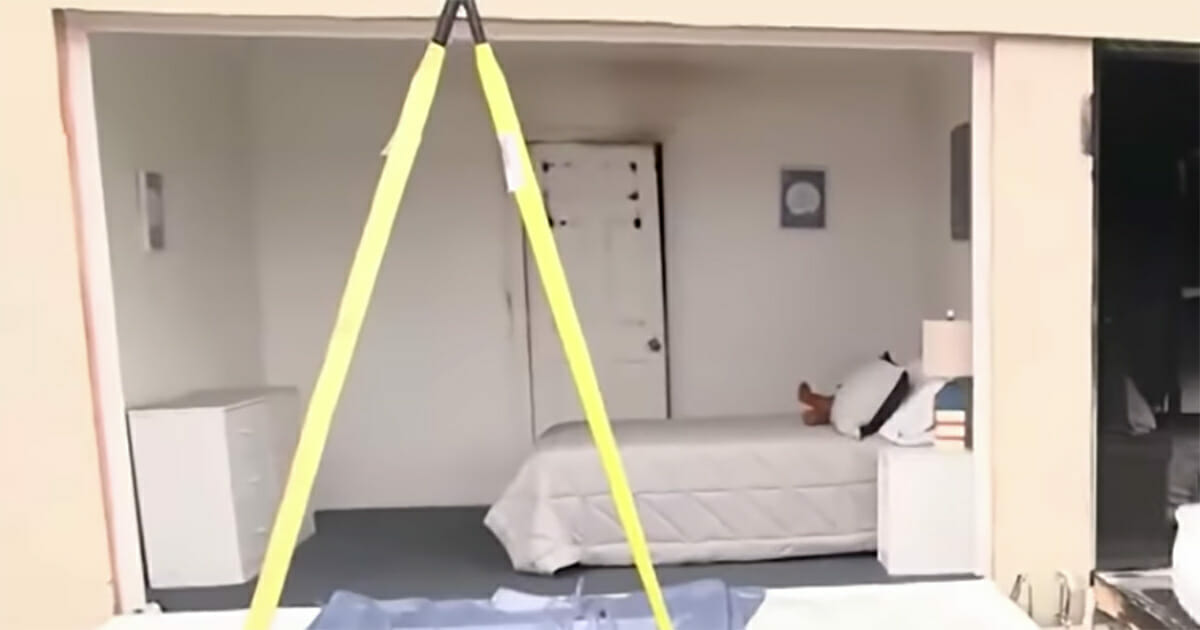 What’s the last thing you do each night before going to bed? The question might seem a strange one, but there’s an important reason for asking.

After reading the following warning, I found it necessary to spread the word further. It might sound like an exaggeration, but it could quite literally be the difference between life and death.

According to the National Fire Protection Association (NFPA), there were 352,000 house fires in America alone during 2016, resulting in the deaths of some 2,375 people.

It goes without saying that we all take certain precautions to avoid falling victims to fires. We install fire detectors, keep fire extinguishers, know what to do when a fire alarm goes off and plan escape routes in the event of a big fire.

But how many of us have actually given extra thought to the bedroom door?

As you’re probably already aware, the smoke from a fire can be far more dangerous than the fire itself. Smoke spreads quickly when something burns in the home, and when inhaled it can cause loss of consciousness and even death.

In addition, if you happen to be asleep when the fire breaks out, you have even less time to escape the flames and fumes.

For this reason, having your bedroom door shut can make a big difference. According to fire expert Steve Kerber, it can mean the difference between surviving a fire or being consumed by it.

The TODAY TV show even ran a test to see how quickly smoke would fill a room depending on whether or not the door was shut.

A mock house was built, one in which a fire was started in the living room. The difference between the two ‘bedrooms’ was incredible.

In the picture below, you can see how much smoke was able to get into a bedroom via an open door in just two minutes.

As you can see from the image, black smoke immediately began to invade.

Compare that now to a room with the door shut.

As you can see in the picture below, the door acted as a barrier. After two minutes, barely any smoke was visible.

Not only that, but the door also blocked the heat. Whilst the hall was measured at 1,700 degrees, the bedroom behind the closed door remained at 77 degrees.

When the firemen extinguished the fire, a huge difference was visible between the rooms. To the left is the bedroom that was behind the closed door, while to the right is the one with the door left open.

It may seem simple, but the decision to keep your bedroom doors shut when sleeping can dramatically increase the odds of surviving a house fire.

By doing so, you can buy yourself enough time to flee the house and call the fire department, thus potentially saving the lives of yourself and your family.

Watch the video below to see the event unfold:

As we approach winter, keeping candles and the like burning in the home is far more common. This increases the risk of a fire in your home. As a result, it’s even more important to keep this tip in mind … ALWAYS sleep with your door shut.

Please help us by sharing this information with your loved ones. If it can give just one person the time to escape a house fire then it’s worth it!