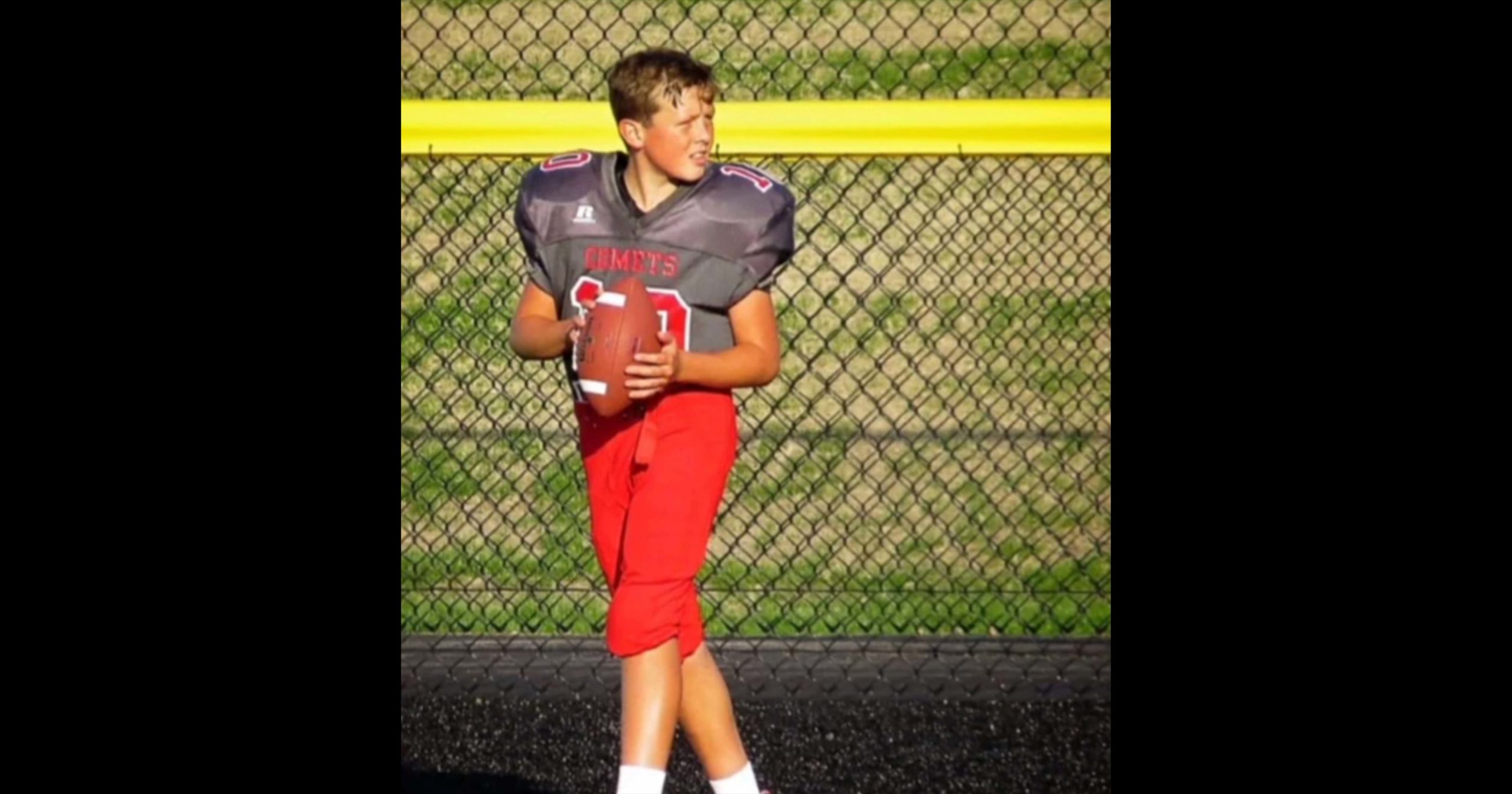 Tributes are pouring in for the junior varsity football player who passed away on Tuesday after suffering a serious head injury in a game.

According to tragic reports, Tyler Christman was left on life support after sustaining the injury during a game against West Genesee on Saturday.

The 14-year-old, a freshman at Carthage Central School in New York, died shortly after his parents had completed their “hero walk”, a ceremonial event designed to honor patients before an organ donation.

Tyler’s father, Jason, confirmed the news of his son’s passing on Facebook, writing: “We all prayed for a miracle to happen for you to be saved. Sadly, the damage was just too much.”

“His ability to be an outstanding teammate and his infectious personality will be greatly missed by all that knew him. Words cannot describe how heartbroken we all are for the entire Christman family.”

There was a huge outpouring of support for Tyler after his injury left him on life support at Upstate Medical University.

“We felt that it was important for the community to come together, have an opportunity to grieve and to hug and to tell stories,” said Peggy Gill, who organized a candlelight vigil at Evans Mills Raceway.

Indeed, messages of love and prayer have been sent by the local community.

Cole Pacella, assistant chief, Carthage Fire Department, said: “You wish you could do more, but just anything we can do to show support to the family, just so they know we’re here thinking of them.”

My heart goes out to the family of young Tyler Christman. All of our thoughts and prayers are with you at this most terrible of times.