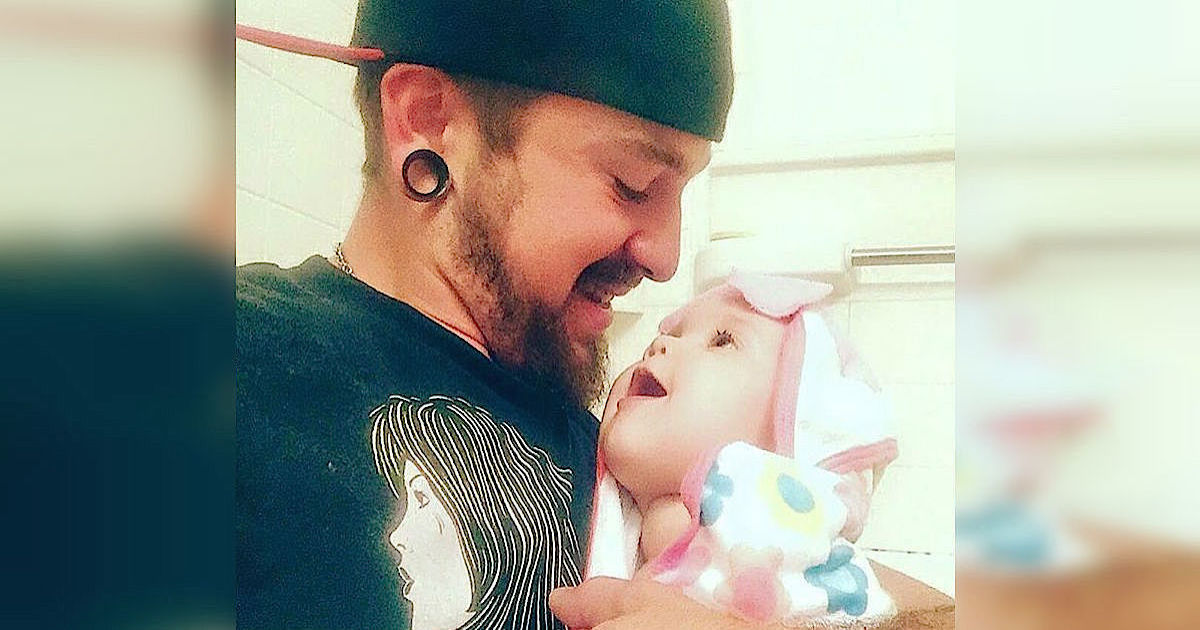 In January 2015, Richard’s life completely changed. He became a dad for the first time. But Richard’s luck soon ran out and his life was turned upside down again.

When Richard’s daughter, Persephone, was only a month old, his wife took her away from him and moved to California.

She probably had postpartum depression, and in the midst of all the hysteria, she threatened to put their daughter up for adoption unless Richard immediately came and took her.

Richard definitely didn’t want to lose his daughter and went straight to California to pick her up.

Richard was happy to be reunited with his daughter, but their future was uncertain. He had never taken care of a child by himself before.

In his desperation, Richard turned to an unexpected source of help, a Facebook group called Life of Dad. The single-parenting group gave Richard the support he needed to pull through.

He wrote an open letter to the group, and it really warmed my heart when I read it.

“My name is Richard Johnson and I’m a single father to a beautiful little girl called Persephone. Her mother left us about a month after she was born. We still do not know exactly why, but we suspect that birth depression has played a major role in this.

In the first few weeks of it being just her and me, I stumbled upon your page by accident. I was so nervous and scared about being a father in general, but now I was a single father and had to fulfill two roles. I wasn’t sure I could do it.”

“I had read every ‘new parent’ book I could find and clocked in over 1,000 hours in YouTube videos from everything to braiding hair and painting nails to theories on how to deal with common parental issues. I then started to watch your page more closely and saw that there were other fathers out there who were in similar predicaments as me. The page started to turn into a major confidence booster and really helped me through all of this.

I always look forward to photo submissions and reading the stories of some of the awesome dads out there in this community. You truly helped my daughter and me through a very difficult time.

We’re both very happy now and continue to grow together everyday. She’s now 10 months, and I now get asked by my friends for parenting advice constantly. We’ve come a long way, my daughter and me, and we definitely owe part of that to this page and the people within it. So from both of us, we wanted to thank you.

It’s tough being a single parent, whether you’re a mom or a dad. And everyone who does it should deserves all the praise in the world.

Please share Richard’s encouraging words with your friends. Maybe you know someone who’s in the same situation.