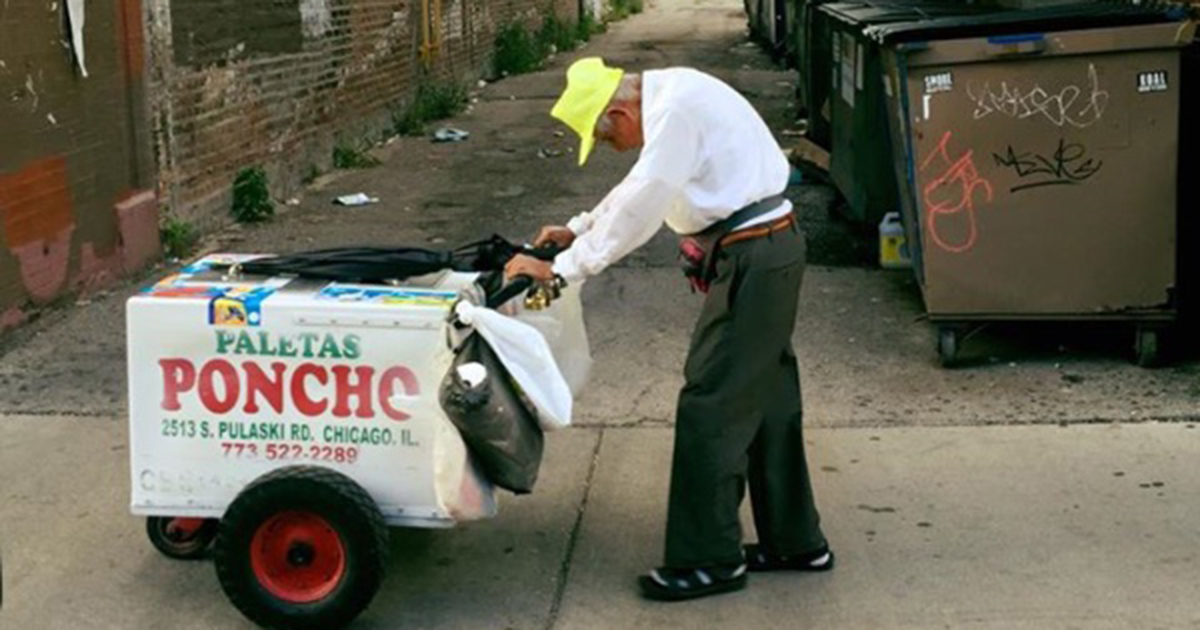 Many of us dream of retiring – of having endless days to enjoy ourselves, see our families, and generally take it easy after a hard life of work.

The average American retires at 63, the average Brit at 65 and the average Australian at 66. But for Fedencio Sanchez, life had a cruel plan for him which would see him working at the ripe-old age of 89 – an age where he should be resting, relaxing and doing whatever he wants.

Mr Sanchez tragically saw his only daughter pass away last year, meaning he was forced to become the main breadwinner for his family.

He would trawl the Chicago streets, struggling to push his paleta cart – selling popsicles – and trying to make ends meet.

That was until a kind stranger stepped in – and encouraged thousands of others to do the same.

As chance and timing would have it, Chicago resident Joel Cervantes Macias saw Mr Sanchez pushing the cart one day, and decided he needed to do something to help.

So he set up a GoFundMe page in an attempt to raise $3,000 to help Mr Sanchez and his family. But little did he know, his fortunate timing didn’t end there.

The story of Mr Sanchez’s struggle quickly went viral, with millions engrossed in the sad tale. But messages of sympathy and support weren’t the only things that came flooding in – donations to the page skyrocketed.

The power of the internet has helped this kind food seller and his family enormously, and donations are still being taken. If you want to donate, you can go to the GoFundMe page by following the hyperlink.

Watch CBS Chicago‘s full report on the story in the video below.

Let’s help raise even more money for Mr Sanchez by sharing this video with as many people as possible!