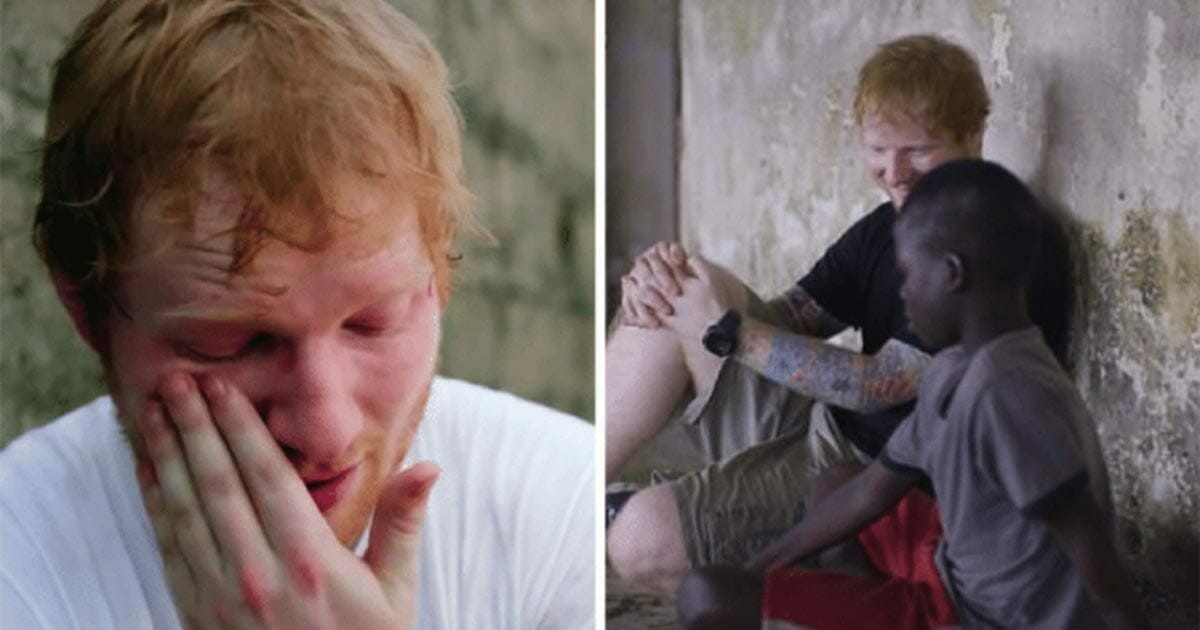 We often hear about horrors and injustices taking place in the world, and far too often its children that are affected.

Too few intervene, in the main because the problems are so far removed from their every day lives that they don’t seem to matter. And yet, when music icon Ed Sheeran saw what homeless boys in Liberia are exposed to, he couldn’t simply move on with his life without taking action.

He ended up saving the life of a little boy named JD, and several of his friends. They’d been raped and beaten several times.

When Ed Sheeran, one of the world’s best-selling performers, saw what conditions were like in Liberia, it hit him hard. He decided to be part of a documentary filmed for Comic Relief, one depicting how common it is for little homeless boys to be raped and abused simply because there are no adults to protect them.

Sheeran got especially close with one of the boys – a child named JD – who moved him to tears with his life story. Despite the fact he’d been raped, robbed and abused by older children, he had retained a sense of joy and held secret dreams of one day becoming president.

Sheeran promised to save JD and his friends from their terrible lives – a promise he kept even when the cameras had stopped rolling.

At first Sheeran simply wanted to ensure the kids were moved away from the slum.

Then the thought struck home: “Can we do that? Can I pay to put them in a house until we get them in a school?”

It didn’t take long for him to make good on his promise. Sheeran purchased a house in Liberia’s capital. There, the five boys met and were looked after by a lady named Ma. They were safe; they were away from the slums.

Sheeran’s next goal was to help them move forward with their lives, so he saw to it that each child was placed in a school to get an education and eventually have a better shot at realising their dreams.

The boys, who had been raped and beaten and suffered from terrible nightmares each night, now have a life of safety. More than that, they have the promise of a future.

“I’m very glad that I will start school soon. I want to be president, so I have to study hard. When I’m president I’ll help the other children,” JD said.

Well done Ed Sheeran! Imagine if more famous people were so empathetic and committed to helping other people in need. Share this to honour Ed and the other heroes who do their utmost to help the least fortunate of the world.