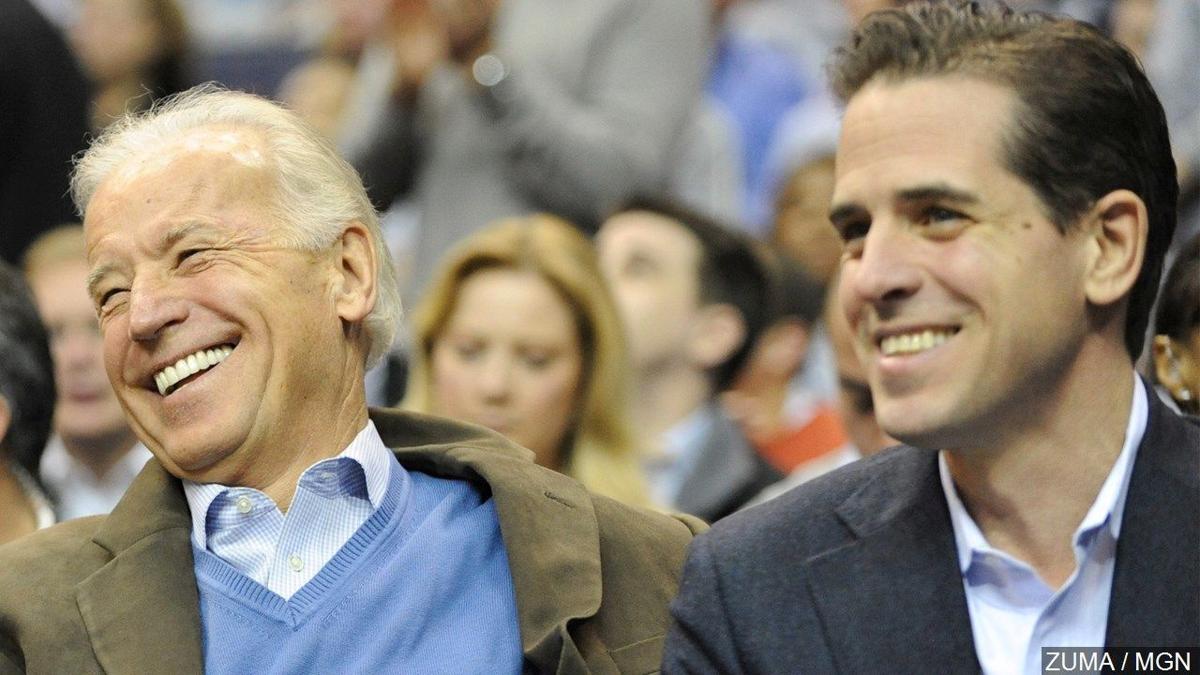 President Joe Biden’s son Hunter is no stranger to negative press; throughout his father’s campaign it was his son’s ties to certain countries that were questioned.

Along with the intense scrutiny Hunter Biden experienced during his father’s presidential campaign, he also battled alcoholism and drug abuse, something he’s been very open about, admitting at one point he was “drinking himself to death.”

But the 51-year-old, who may seem like the image of success on the outside, has suffered more tragedy than most could bear and turning to drink and drugs for him was a way of filling a void.

In his first book Beautiful Things, released this week, the lawyer and father of four recounts his long-running battle with drink and drugs, the grief of losing his mother as a child, and later losing his elder brother Beau.

“There’s something at the center of each addict that’s missing, that they feel that they need to fill… Nothing can possibly fill it. And so you numb yourself,” he told BBC News.

Hunter lost his mom when he was just 2 years old. Neilia Biden and his younger sister Naomi were killed in a car crash on December 18, 1972. Hunter and his older brother Beau were also seriously injured.

Father Joe Biden was newly elected to the U.S. Senate when he received the devastating news; his 30-year-old wife and their 13-month-old baby Naomi had been killed in the accident.

Joseph, known as Beau, suffered numerous broken bones, and younger brother Robert, known as Hunter, had a fractured skull and head injuries that doctors feared might be permanent.

Thankfully the boys recovered and their father Joe became their whole world, taking the 90-minute train home from Washington DC, to Delaware every night to be there for his sons.

According to older brother Beau the two brothers had been encouraging his father to marry again and even asked him “when were ‘we’ going to get married”. A then eight-year-old Beau welcomed Jill as a “second mother”.

Biden has often talked about Dr Jill Biden giving him back his life and bringing back the love this family, cruelly torn apart by tragedy, had been missing.

But the painful memories have never left this family and decades later the Biden family would have to deal with another tragedy.

In 2013 Hunter’s older brother Beau was diagnosed with cancer. At the time he was Delaware Attorney General, had served as a Major in Iraq earning a Bronze Star Medal and was married with two young children.

He fought hard and in 2014 when he was in remission, he announced his intention to run for governor of Delaware. The following year the aggressive brain cancer that he had been diagnosed with the year before killed him.

For Hunter it meant more pain of which he knew only one way to deal with.

“My brother had just died, I’d separated with my wife, I was in an apartment by myself, and I was basically drinking myself to death. It was awful. I mean, grief does funny things. And combine that with addiction and it is a really hard thing to overcome.”

He did find some solace and comfort in the company of Beau’s widow Hallie Biden and a relationship started which became the center of much media attention.

For his father there was much sympathy for his loss with Joe Biden saying the grief prevented him from running for president in 2016.

Biden confessed: “I wasn’t sure if I would be able to find the emotional energy.”

It was also noted how Joe Biden spent more time consoling others at his son’s funeral, the mark of a man who has an unbelievable ability to help people in pain and an empathy for others who are suffering.

“He was consoling more people than were consoling him,” said his lifelong friend Fred Sears, as per the Express newspaper.

But for Hunter it was a focus on the relationship he formed with his brother’s wife. The two had become close and had started dating.

He has since said the affair with his sister-in-law came out of overwhelming grief.

“I think people were confused by it,” Hunter told CBS, as per People.

“And I understand that. I mean, I really do. To me, it’s not something that is difficult to explain. Because it came out of a real overwhelming grief that we both shared. And we were together, and trying to do the right thing. And that grief turned into a hope for a love that maybe could replace what we lost.”

Hallie had been married to Beau for 11 years at the time of his death in 2015. She was a schoolteacher from Delaware whose opinion was respected by father-in-law Joe. Supposedly, Joe talked to and consulted with Hallie before running for president, as per Little Things.

Hunter and Hallie’s relationship ended in 2019 but for Hunter his professional career had suffered as a result.

His father publically supported the union but behind the scenes the stories differ. In Hunter’s book he says he had to persuade his father to support him on the relationship.

“‘Dad,’ I told him, ‘if people find out, but they think you’re not approving of this, it makes it seem wrong,'” Hunter wrote in his book. “‘The kids have to know there’s nothing wrong with this, and the one person who can tell them that is you,'” he continued.

Joe did come out and show support for his son saying: “We are all lucky that Hunter and Hallie found each other as they were putting their lives together again after such sadness,” as per Page Six.

But despite efforts to rally support and get his life back on track, Hunter’s relationship with Hallie ended in 2019 and he began a whirlwind relationship with South African activist and documentary filmmaker Melissa Cohen, almost 20 years his junior.

The couple secretly got married in May 2019, just days after they first met. News of their union came about a month after he split from Hallie Biden.

Their son Beau was born in March 2020 in Los Angeles.

Hunter is very open about the decades he struggled with alcohol and drug addiction in his memoir, set for release this week.

“There’s addiction in every family. I was in that darkness. I was in that tunnel—it’s a never-ending tunnel. You don’t get rid of it. You figure out how to deal with it”, he said.

His journey battling this disease has been a inspiration to many experiencing the same issues and thankfully he’s now in a healthier place.

He credits the support of his father and “second mom” Jill for getting him through the dark times in his life as well as his second wife Melissa.

In his book he detailed a family intervention led by Dr Jill Biden at their home in Delaware.

Dr Biden encouraged Hunter to come to Wilmington, Delaware, for a “family dinner at the house, that I should come, even stay in Delaware for a few days,” according to the memoir.

When he arrived, shortly before his father announced his run for presidency, he found his whole family there, including his three daughters.

Two rehab counsellors were also present and his father appealed to his son to get help.

His memoir is a tribute to his older brother Beau; ‘beautiful things’ was something they often said to each other in order to remember the good times.

“It was the last thing that he (Beau) said to me: ‘Beautiful things,'” Hunter said.

This family has been through so much, I just hope they have all found some kind of peace and a way of moving forward. Please share.