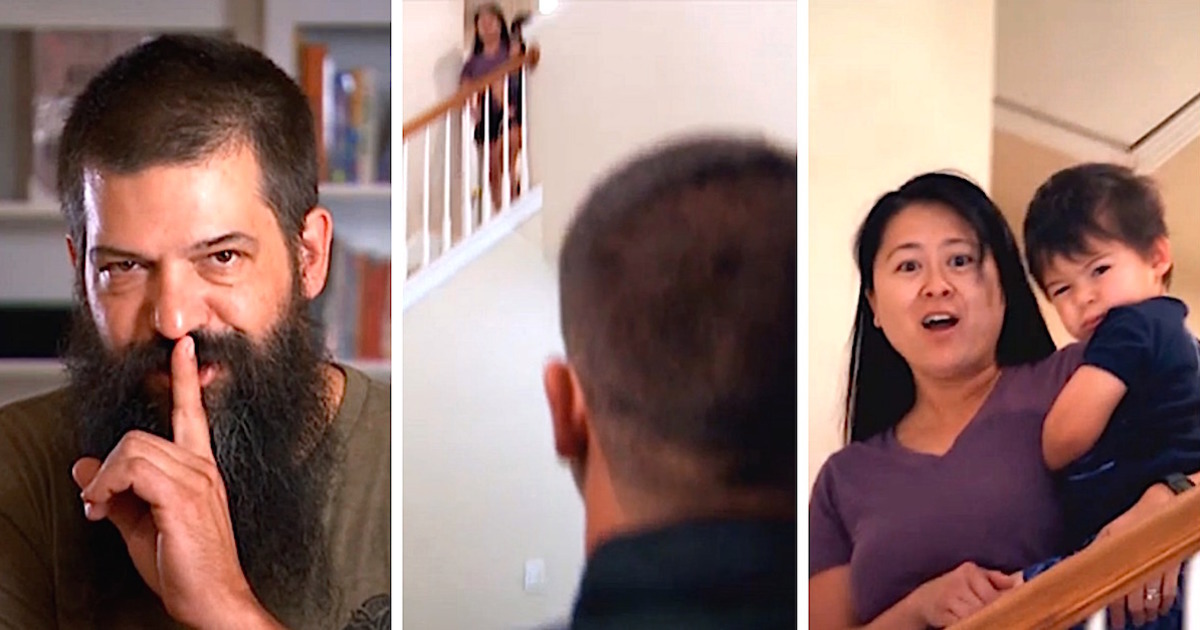 Beards tend to divide people into two camps: you either love ’em or hate ’em.

And while everyone is entitled to their own opinion, I think we can all agree that beards have a huge impact on a man’s appearance.

Travis Herman is a beer brewer from Atlanta, Georgia who in addition to being known for making good beer, also has a signature beard.

However, there’s one person who’s not so fond of Travis’ facial hair—his wife, Connie.

Connie pleaded with her husband to shave it off for years, but there was no way she could have been prepared for the secret Travis had planned for her one morning…

As the loving husband he is, Travis decided to go to a barber and get rid of his beard.

And as you can see, he let it grow for years.

Travis didn’t say anything about it to his wife—he wanted the whole thing to be a surprise.

And he even contacted the “Rachael Ray Show,” which helped with the makeover.

Connie had no idea that a camera crew had snuck into her home during the early morning to give her husband a complete makeover.

She and the couple’s son were asleep upstairs, completely unaware of what was going on.

Connie thinks everything is normal when she comes down in the morning, but when she sees her husband, she gets a surprise that she won’t soon forget.

“We’ve done 461 makeovers on this show, but we have never done anything like this,” says show stylist Kyan Douglas.

What a lovely surprise and what a big difference! Please share this makeover with your friends if you also think Travis looks great and is a sweet husband!