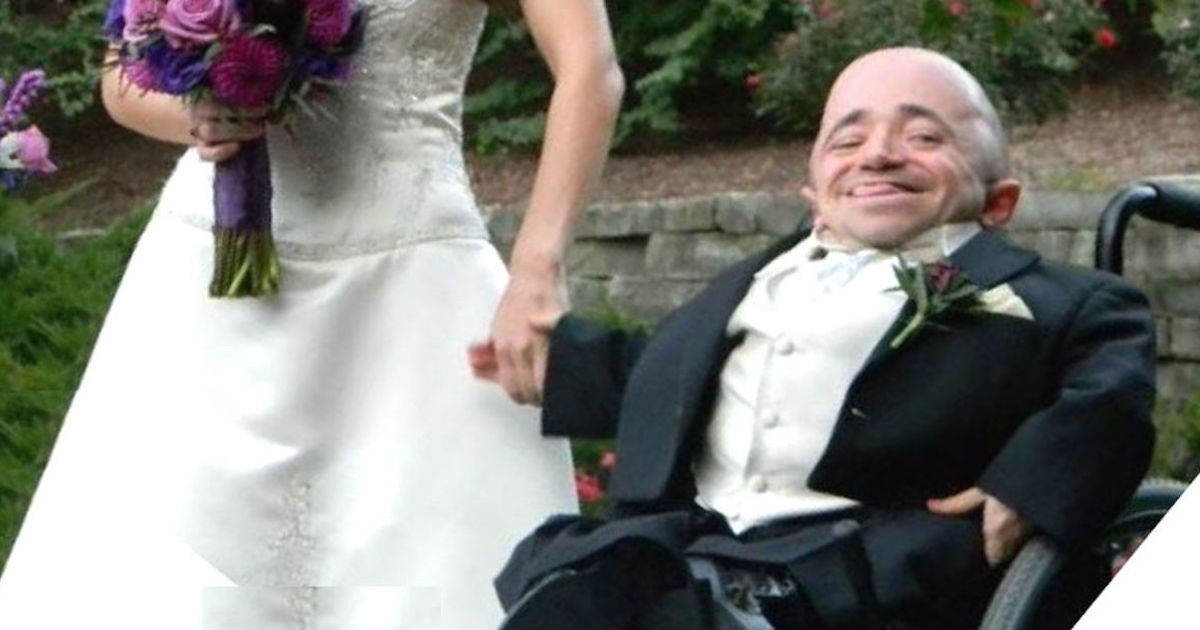 Some people might think it’s not appropriate to write stories about people who are “different,” and that newspapers and websites only do this to make a profit by taking advantage of people’s vulnerabilities.

But the fact is people with disabilities shine when the media tells their stories.

Stories help shape our image of what normal is, which in turn gives creates ideas about what isn’t normal.

I think we need to be better at sharing stories of people with disabilities, to show that some people look different and that that’s okay! Also, it’s important to remember that everyone is entitled to having their dreams and goals fulfilled.

Sean Stephenson’s story is an excellent example of this.

When Sean entered this world, virtually every bone in his body was broken. Doctors didn’t even think he’d survive his first night, but little Sean turned out to be a real fighter.

And his courage and fighting spirit wasn’t going anywhere any time soon.

By the time Sean was 18, he had already suffered 200 fractures.

Sean has always been dependent on around-the-clock care and supervision — but not only because of medical reasons.

The fact that strangers were constantly staring at him or saying nasty things was difficult for Sean and his family.

It was a long struggle for Sean to accept his body and build a positive self-image. But in 1988, something happened that would change everything.

Nine-year-old Sean broke his leg yet another time and ended up in a state of panic.

When Sean’s mom asked her son if his illness would be a gift or burden, it was a life-changing moment for him.

Today, Sean has proven that he’s not only survived his disease, but also become a respected and highly sought after motivational speaker.

Sean has earned millions from his company and has hundreds of thousands of fans around the world.

Yet it is perhaps his marriage that has stirred the most emotions and controversy worldwide.

In 2012, Sean married her girlfriend, Mindie, who is of “normal” size.

Their wedding pictures took the internet by storm. But because of their obvious physical differences, Mindie has had to put up with a lot of unpleasant questions and hateful comments about her relationship, and even sex life, with Sean.

The happy couple have nothing but love for one another, but constantly have to endure bullying and hatred on the streets and online.

Many people have written that Sean doesn’t deserve Mindie; that his wife is probably cheating on him or is only with him for his money.

However — they couldn’t be more wrong.

You see, Sean and Mindie have an incredible connection. Just watch the video below and you’ll understand what I mean.

This story proves that love has no limits.

Sean and Mindie show that it’s possible to accept and love each other for who you really are and remain faithful despite encountering difficulties and disappointments.

Please share this if you believe in equality and the right to love whomever you want!