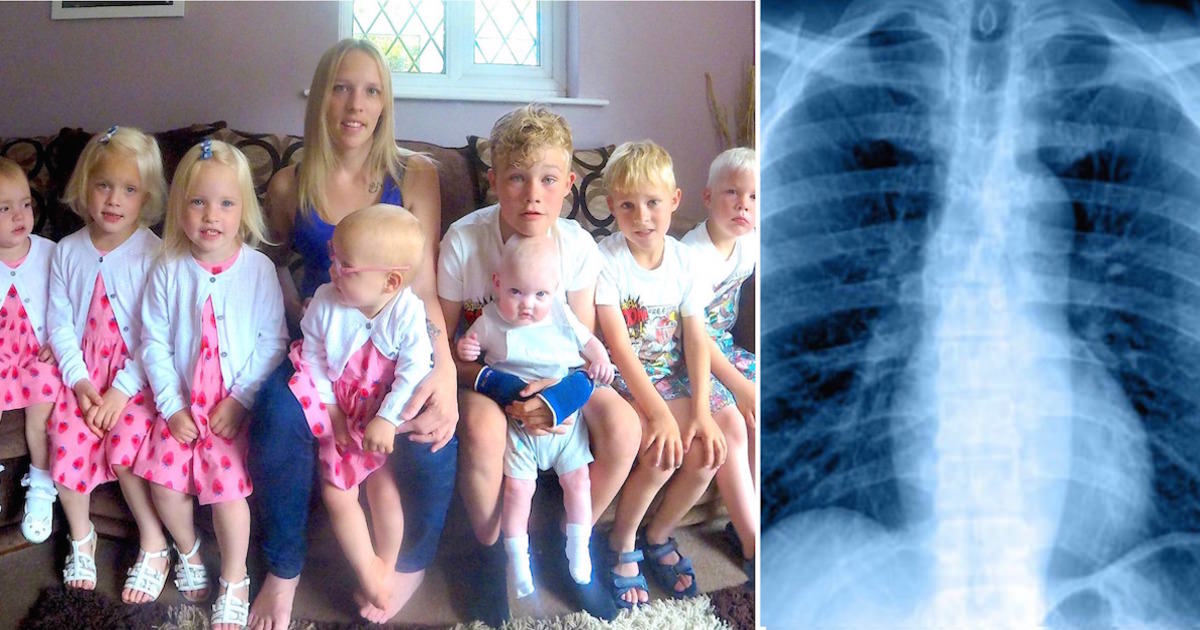 James Green had always wanted to be dad. So when he and his wife, Cloe, were expecting their first child, he was obviously excited.

When their second child came into the world, the British couple decided to keep going and make a large family together.

Every time Cloe thought they had enough children, James would wink at her and smile, “Just one more, Clo.”

James simply loved being a dad. Even though Cloe was a full-time mom, James worked from home so he could be there for his children as much as possible.

James was the one who took the children to and from school, and he spent most evenings with them, too. He was loving, energetic, and a seemingly healthy father.

When the couple’s fifth child was born with cerebral palsy, James and Cloe decided that their family was large enough. Cloe went to the doctor and was fitted with a contraceptive implant.

But when Cloe unexpectedly became pregnant again, James said it was fate.

The couple went on to have eight children, after which they agreed that their family was finally complete.

Then on December 4, 2015 — just 12 weeks after welcoming their youngest child — life changed in an instant.

Cloe woke up in bed and realized James wasn’t breathing.

Cloe and James fell in love as teenagers. At the beginning of the relationship, James often talked about having children. He wanted to start early and have a big family.

James was a big guy with a heart of gold — and lots of love to give.

Cloe was 17 years old when she became pregnant the first time. It came as a bit of a surprise, but she and James were thrilled about their first son, Leo.

After the birth of their second son, Levi, Cloe and James were increasingly confident that they wanted a large family.

Soon, little Miley entered the world. She was born with cerebral palsy and required special care.

Because raising Miley required some sacrifices, Cloe and James decided that their family was now complete.

Cloe was fitted with a contraception implant to prevent any future pregnancies.

But fate had another plan in store. Cloe unexpectedly became pregnant again.

“James said it was meant to be for us to have more babies,” Cloe said.

Soon, Lacey and Lexi were born, also with cerebral palsy.

As with all the other pregnancies, James was excited. But now the couple decided that eight children would have to do.

James was by all accounts a super dad. His whole life revolved around taking care of the children, and with eight kids at home, that took a lot of time.

Even though Cloe was a full-time mom, James worked remotely so they could devote themselves wholeheartedly to their children.

“He’d do the school run, then go to work at the café before picking the kids up,” Cloe said. “Then he’d sit and play games and read until bedtime. He had so much energy.”

Twelve weeks after they welcomed Elijah into their family, the unthinkable happened.

Cloe and James went to bed as usual…

But James woke up around 4:30 in the morning and was acting strangely. He sat upright in bed and was completely numb. He went into a fit and soon stopped breathing.

Cloe performed CPR on her husband before paramedics arrived and took over.

“I wanted to scream and cry but knew I needed to keep calm,” Cloe said.

James died there in bed. He was only 31 years old.

No one had noticed before, but James suffered from high blood pressure.

He had something called hypertensive heart disease, a kind of heart disease caused by prolonged elevated blood pressure.

Many people people who suffer from the condition have the disease without knowing it, and such was the case with James.

And because James didn’t get regular physical examinations — which are recommended for all adults — no one knew how bad the situation was.

James’s death came suddenly and shockingly. Loved ones came together to support Cloe, who was left alone and heartbroken with eight children.

“In my darkest moments I wondered how on earth I would do this without James. But I looked at those eight little faces all depending on me and I knew I had to do this for them and for James,” Cloe said.

In honor of James, Cloe dedicated herself even stronger to their children.

Cloe says that the memories she has of James with their children are what help her cope.

“He loved being a dad more than anything and has made me a strong enough parent to face this job alone.”

Together with her children, Cloe keeps the memory of James alive in simple but beautiful ways, like blowing up balloons and letting them fly up to the sky.

Cloe says she’ll always miss a part of James’ soul. But she’s grateful that her husband got his wish — to have a large, warm family.

The Green’s community has done much to support Cloe and the children. Among other things, they raised more than $10,000 to renovate the family garden to give the children a nice place to play.

Cloe has had to go through things that no one should have to face, but in many ways she has become stronger after the tragedy.

And to see her fight for herself and her children is truly inspiring.