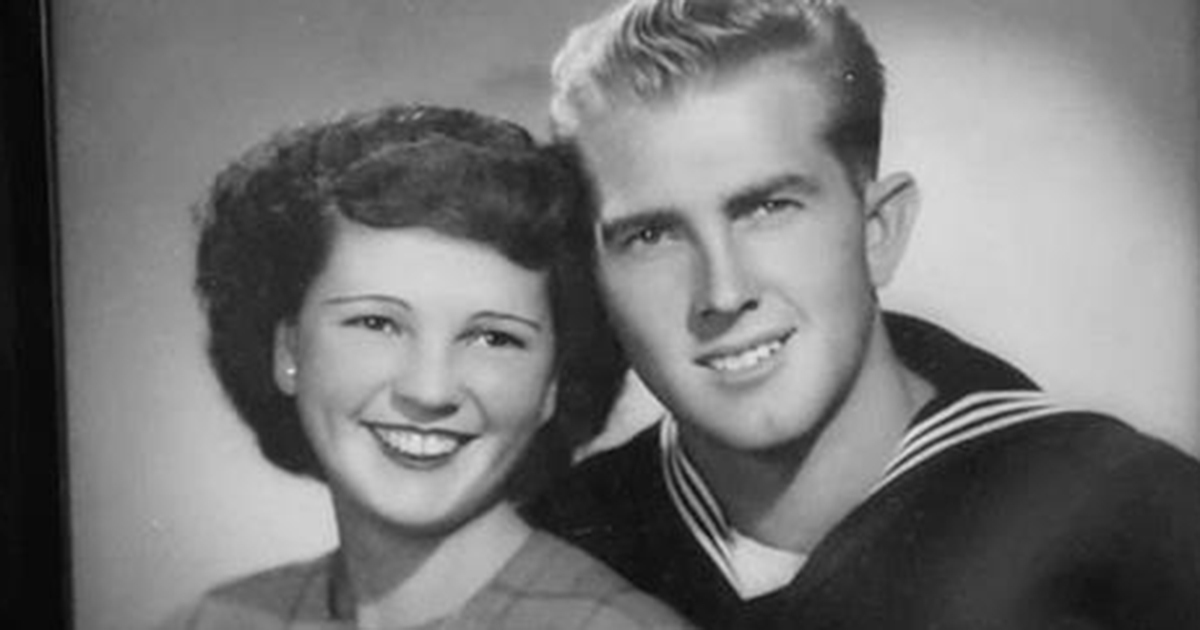 Floyd and Violet Hartwig were married for 67 years. But it’s what happened during their last moment together that touched me the most.

It’s love story worthy of the most romantic of movies.

90-year-old Floyd and 89-year-old Violet Hartwig first met in elementary school. From that moment on, it was love forever.

When World War II broke out, Floyd worked in the American Navy. During that period, the two exchanged hundreds of letters with one another.

“Hi honey, just a few lines from this lonely blue sailor of yours. Miss you darling and so in love with you,” Floyd wrote Violet from the Pacific in May 1947.

“Honey, I’ll sure be glad when I get out of this,” Floyd’s letter continued. “It sure isn’t for me, though at one time I thought the Navy was pretty swell. That was before I fell in love with the sweetest girl in the world.”

When the war ended, Floyd returned home and the couple bought a farm in California, where they eventually had and raised three children together.

A few years ago, Violet began to suffer from dementia. Floyd cared for her in the couple’s home. When Floyd suffered from kidney disease, their children and grandchildren were shocked — but at the same time the couple’s bond was further strengthened.

Then, after 67 years of marriage, they fell asleep for good in each other’s arms.

When Floyd, 90, died in the hospital, 89-year-old Violet held his hand — and just one hour after he passed, she joined him.

They were surrounded by their children, grandchildren and great-grandchildren who, of course, were crushed by losing both of their family members in such a short time.

At the same time, they understood that this was what the couple wanted. Apparently, they had told their children that they wanted to leave earth together.

“They had a connection, and I think that connection just came more and more, especially in the last months of their lives,” daughter Donna Scharton says in a video about the couple’s love story.

You can watch it below:

This is true love! If you were also touched by Floyd and Violet’s love story, please share it with your family and friends.