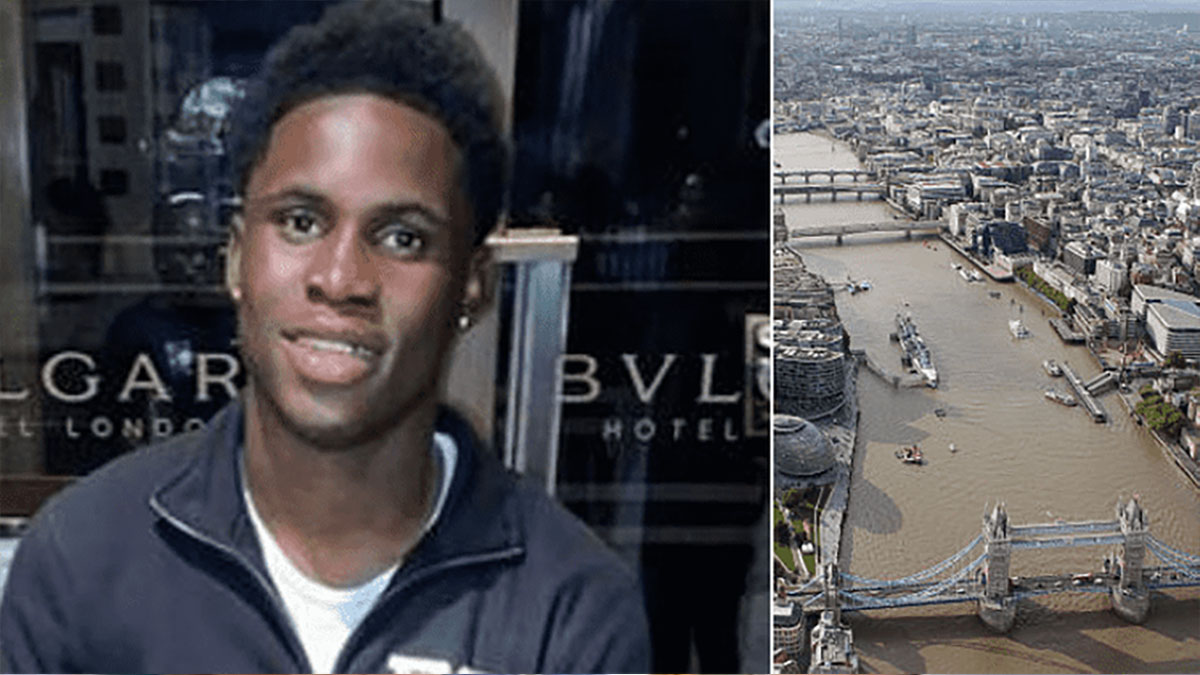 A young man didn’t hesitate to take action after hearing the desperate cries of a woman who had fallen from London Bridge into the River Thames.

Tragically the selfless bystander Folajimi “Jimi” Olubunmi-Adewole lost his life that night as he battled with another man to save the drowning woman.

It happened at around midnight on Friday as Jimi and his friend Bernard Kosia walked home from work when they heard the woman’s cries.

Bernard said the woman was crying for her life, shouting: “Help, I’m going to die”.

Another man ran up to them, took his trousers off, looked at Jimi and asked “can you swim?”, to which he replied “yeah”.

“These are the things Jimi would do because he could swim, he’s a positive swimmer, we’ve gone to a lido, to a swimming center and he can swim,” his heartbroken friend told BBC News.

“Immediately after that he gave me the phone, he told me ‘Bern you stay here, you can’t swim, you make sure the police are coming’. I said ‘yeah, I will’ and then they both got in.”

That was the last time Bernard saw his friend alive. Jimi’s body was recovered 6 hours later.

Bernard said as he was on the phone to emergency services he could hear his friend screaming his name.

Another man had also jumped in to attempt to help the woman. He and the woman were eventually found when first responders showed up, but Jimi disappeared.

“Jimi was adamant, for some reason, that he didn’t care (about himself). He didn’t think twice as to what was going to happen,” Bernard told TV show Good Morning Britain. “I just remember him saying ‘Bernard, I have to save her, I’m going to save her’.”

“The circumstances of this incident are extremely tragic. We continue to support the family of this heroic young man, who heartbreakingly lost his own life trying to save that of another,” he told BBC News.

The 20-year-old’s family has described Jimi as “the deepest and most wonderful man” and said that he deserved a medal for bravery.

Dad Michael Adewola said: “I can’t bring him back but I want him to be remembered forever for what he did. It was just like him to want to always try and help others.”

A GoFundMe has raised more than $180,000 to help pay for funeral costs and support his elderly parents.

The page said Jimi was a “hardworking college graduate who at 20 was the family’s breadwinner.”

Jimi deserves to be honored for his selfless actions that night, he sacrificed his own life to help save a stranger.

My heart goes out to his family and friends. Rest in peace.