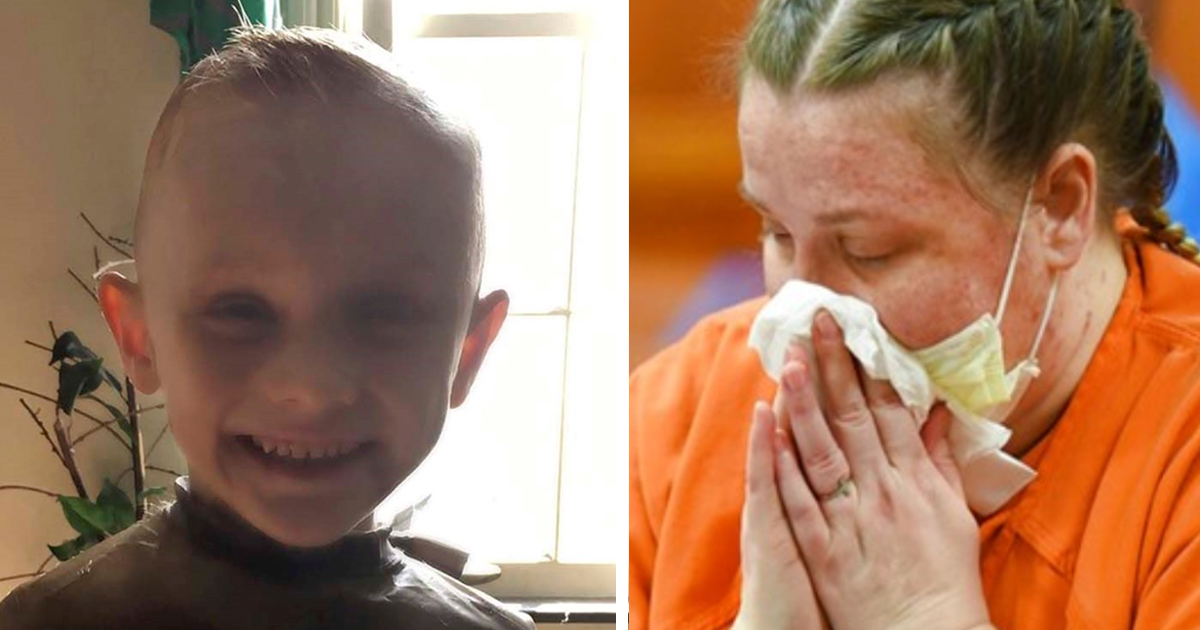 The woman who spent years abusing her five-year-old son, ultimately causing his death alone in a dark bedroom, pleaded for mercy from the presiding judge before she was sentenced last week.

According to reports, JoAnn Cunningham, of northern Illinois, Chicago, was facing between 20 and 60 years in prison for Andrew “AJ” Freund’s death. She is was sentenced to 35 years on Friday.

Speaking ahead of her sentencing, JoAnn made a tearful plea to the court. As per CBS Chicago, she said: “I got the privilege of having AJ as a son. I love him. I miss him. There’s nothing I wouldn’t do to to bring him back. My children are the greatest gifts God could have ever given me. They’re my whole world.”

“The reason I breathe. Anyone who truly knows me can say how much I love being a mother, more than anything in the world.  My children gave me a singleness of purpose. A love and a joy that can never be replaced. My heart belongs entirely to them. Although my children are sacred most precious treasures. I missed all of them so much. Words can I describe it.”

The death of little AJ shocked the U.S. last year, when police found the boy’s battered body, wrapped in plastic and concealed in a shallow grave close to the family’s home in Crystal Lake.

JoAnn pleaded guilty to first-degree murder in December. The boy’s father, Andrew Freund Sr., has also been charged with murder and is awaiting trial.

It breaks my heart to imagine the pain and suffering little AJ went through before his death.

I for one am glad that this woman got what she deserved in the form of a long prison sentence. Share this article on Facebook if you, too, are glad to know she’ll be behind bars.