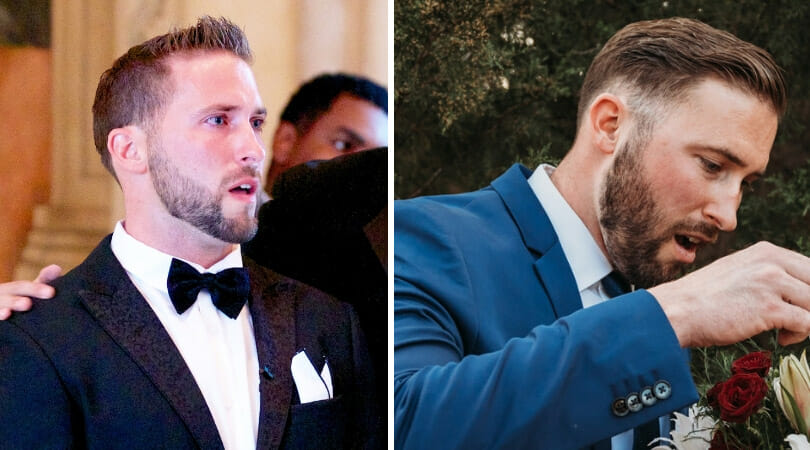 Welcoming a first child into the world is one of the greatest moments in anyone’s life. Suddenly, they’ve gone from two people to a small family of three. It’s these special occasions that mean the most when all is said and done.

Brittany’s husband, Kaleb, had long been open regarding his wish to become a father. But Brittany didn’t feel ready.

They’d been married for several years, but before they had children together she wanted to settle into a career, buy a house and properly plan their future.

“I do not know why it was so important to me,” Brittany said.

“I already had the most important thing to start a family, a man who loves me and would undoubtedly be a wonderful daddy.”

When they eventually did start trying to conceive, Brittany began hunting for a photographer.

“I started looking for a photographer who was different, who photographed real and really captures the moment,” she explained.

When the pregnancy test then revealed she was, in fact, with child, she didn’t tell her husband. Instead, she contacted a photographer she’d found online.

“There is something very vulnerable to telling this kind of news to someone you’ve never met before. But I knew I had to do this to get the perfect disclosure.”

To ensure the announcement went to plan, Brittany had to keep things a secret from her husband for several agonizing days.

“I slept beside my husband for four nights and withheld the greatest secret I ever had. But finally the day was arrived. The photographer had arranged everything perfectly and I placed one of the pregnancy tests in the bouquet of flowers.”

Fortunately, Kaleb agreed to a photoshoot with his wife one hot Texan day without any objections or questions.

This sweet couple will be welcoming their first baby into the world in just a few short months. I can’t believe I haven’t shared any of their session. Brittany held this wonderful secret in until their session! It was so amazing to be apart of the reveal! #theollieworld

A post shared by JamieDenholmPhotography (@jamiedenholmphotography) on Sep 20, 2018 at 4:40pm PDT

“My heart was racing”

Mid-way through the shoot, Brittany told her husband there was something in the bouquet for him.

“Confused, he slowly reached in and pulled out the test, and just stared. My heart was racing, and of course I shed a few tears which he calmly wiped away and finally said, ‘wow.’”

It turned out to be lucky that Brittany had arranged for this special moment to be captured on camera, because she can’t remember much. Now, she’ll be able to show the exact moment he found out he was going to be a dad to their child(ren) in the future.

"I don’t remember the rest of the words he spoke, I just remember the look on his face. Just like our wedding day."#LoveWhatMatters

Posted by Love What Matters on Thursday, 27 September 2018