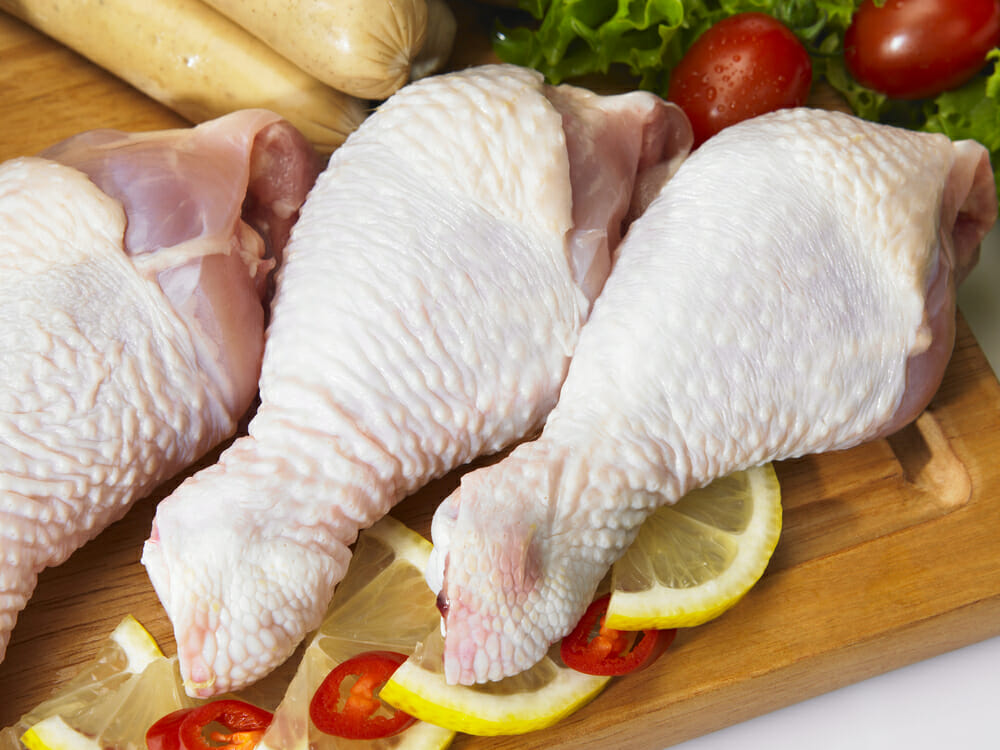 As with all things in life, there’s a great deal of traditional kitchen do’s and don’ts that are hotly debated.

One that’s sauntered into the public eye of late – and doesn’t look like going anywhere – is the previously popular choice of washing raw chicken before you begin cooking preparations.

A good deal of recipes over the years have called for this step and, let’s face it, if you’re of a certain age it’s a practise you will have become accustomed to. After all, there’s nothing dangerous with attempting to rid your poultry of bacteria by rinsing it with water, right?

Well, actually, you could be wrong. Experts are now claiming that washing your raw chicken is exactly the wrong thing to do if keeping your kitchen free from harmful bacteria is your aim…

As per Shared.com, an FDA poll actually revealed that 67 percent of Americans wash their meat before cooking it. Now, though, it would appear that giving your chicken a thorough rinse could be more harmful than beneficial.

For a long time, the debate has raged on the subject, but it seems it’s about to be put to bed.

Washing chicken is stupid and only splashes liquid salmonella all over your kitchen and yes my wife absolutely makes me do it when I cook. https://t.co/XA0ZRUUQeV

The U.S. Food and Drug Administration are advising against the practise, as rinsing raw meat actually increases the chances of spreading dangerous pathogens, rather than eliminating it.

“This practice is not recommended by food safety experts since washing will not destroy pathogens and may increase the risk of contaminating other foods and surfaces,” the FDA say.

Rather, the safest way to ensure your food is safe and bacteria free, is to cook it at the recommended temperature for the right amount of time. The high heat will kill the bacteria that causes such food-borne illnesses as Salmonella.

So, there you have it. If you usually wash your chicken – I myself am guilty of it – right about now is probably a good time to stop.

What do you think about this new information? Let us know your thoughts in the comments box below. If you found this article helpful, SHARE it to spread the word to your family and friends on Facebook.