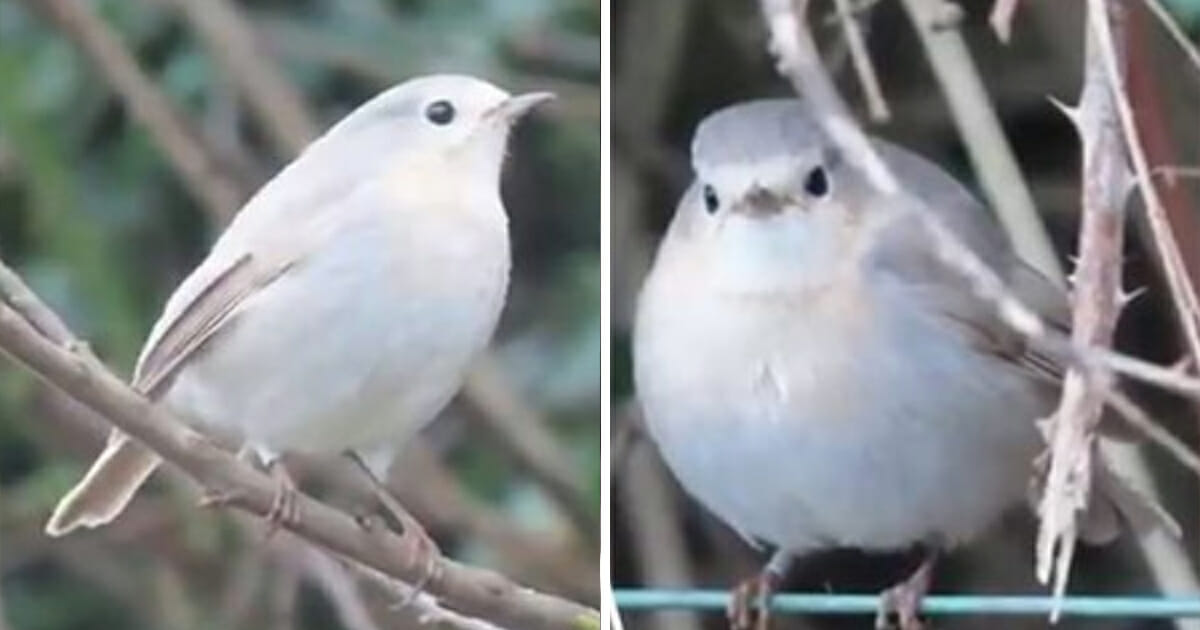 Individuality may be beautiful among us humans, but that’s not usually the case when it comes to animals – at least in so far as how they see each other.

A lonely white robin in Devon, England has never been able to find a mate because of its unique frosty breast.

Sometimes called snow robins, the breed sport touches of white due to having either full or partial albinism. It’s said around one in 30,000 have the condition, making them extremely rare.

John Walters, wildlife artist, photographer and entomologist from Devon, has been following one for some time. He told how the robin has been neglected by their peers due to its coloring.

Speaking to Devon Live, he said: “I’m pretty sure it’s a female but she doesn’t appear to be able to pair up and mate. It’s so distinctive that I have been able to follow it as its moved around gardens in the village.”

“You don’t see them anywhere else in the world. I have seen one at Hembury Woods about 10 years ago. At one time there were two about a mile apart on the Tarka Trail but I didn’t seen them and I know of another at Lelant in Cornwall.”

Sadly, the suspected female seems unable to attract a mate due to her unusual coloring. John, however, credits this as perhaps the reason she’s lived as long as she has.

“It may be the reason she’s survived so long,” he said. “Most robins only live about a year. Breeding is one of the most stressful things. When they are feeding the young they are working flat out.

“Most robins probably only have one chance at breeding in their lifetime. At this time of the year they are all in top condition but by June or July they look tatty. This white robin doesn’t seem to change.”

We can only hope this beautiful bird is able to overcome the odds and find a mate. Personally, I think she’s gorgeous!

Share this article if you think this white robin is beautiful too!