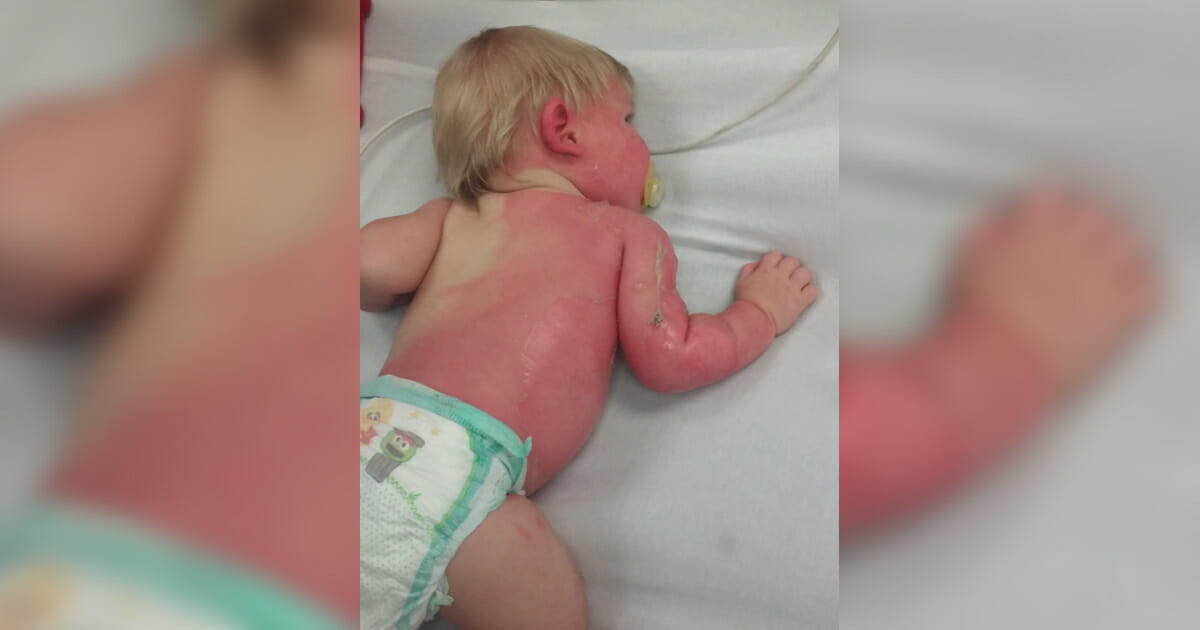 Summer is a time for us to enjoy many things. Evenings sitting in the garden, days lying in fields or on the beach, nature thriving all around.

Of course, that’s not to say it doesn’t have its pitfalls. Yes, summer is one of our favourite seasons for a reason, but its greatest asset can also be its greatest danger.

Put plainly, it’s not sensible to forget just how hot the sun can be. Animals and small children can die if left in cars, and even hikes can become dangerous if you don’t take adequate water with you.

Though few many need a reminder, the Las Vegas Fire and Rescue Department has issued a warning after a recent incident that involved an infant being severely burned by water from a garden hose. *The image may be sensitive to some, so discretion is advised…

As with anything that’s left exposed to direct sunlight, water can get extremely hot very quickly. If you’ve ever put your hand in a bird-bath or a stagnant pool of water after an afternoon of scorching heat, you’ll know that it can be warm to the touch.

Sadly, Las Vegas Fire and Rescue were forced to issue a warning to all residents, after a young boy was left severely scalded by water from a garden hose. Said water had been heated by the sun while in the hose and was then innocuously sprayed on the infant, resulting in agonizing burns.

Here in Las Vegas, a garden hose exposed to direct sunlight during summer can heat the water inside the hose (not flowing) to 130-140 degrees which can cause burns especially to children & animals. Let the water flow a few minutes to cool before spraying on people or animals. pic.twitter.com/FMkzEt27xl

The tweet reads: “Here in Las Vegas, a garden hose exposed to direct sunlight during summer can heat the water inside the hose (not flowing) to 130-140 degrees.”

It should go without saying that such temperatures can be extremely dangerous, as evidenced in the image above.

Las Vegas Fire and Rescue recommend letting water flow from the hose for a while before aiming it at people or animals. This act means that anything heated by the sun can be flushed out, allowing for the usual cool water to make its way to the end of the hose.

Though this incident took place in Las Vegas, the warning is just as pertinent regardless of where you call home.

Our prayers and thoughts go out to this poor child and his family as he begins his recovery. Remember, if the hose has been in the sun, let the water flow out before turning it on people or animals.

Did you know to do this? I certainly didn’t have any idea about how hot hose water can get when left in the sun. SHARE this article to help us spread the word and potentially save children and animals from burns.