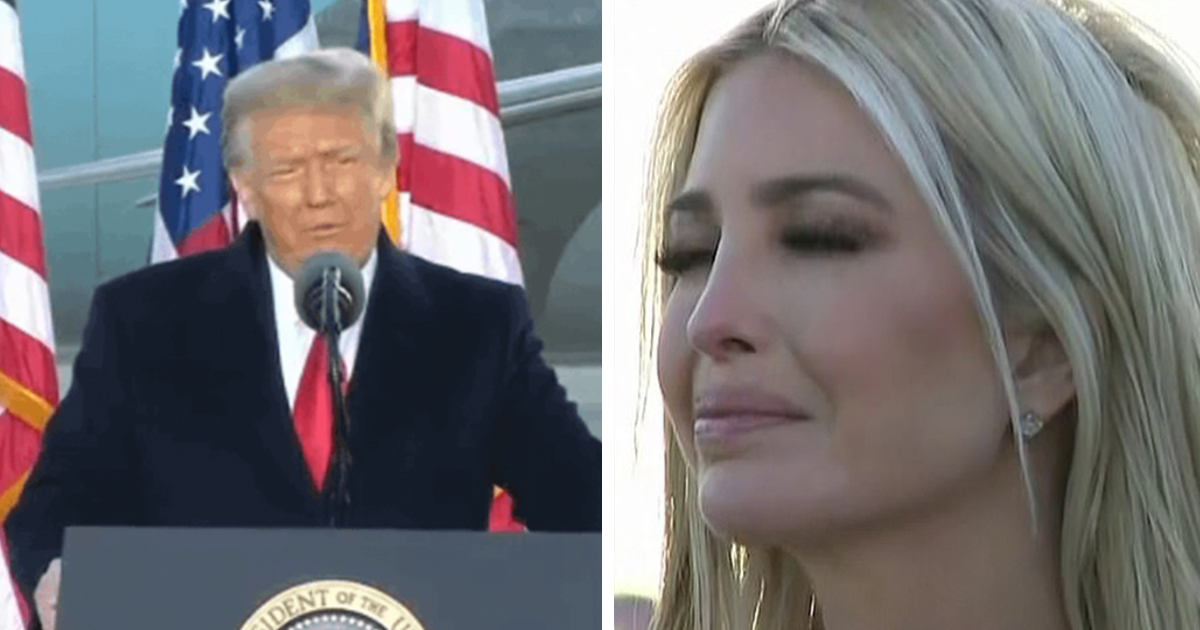 Ivanka Trump was seen to be shedding tears during her father’s final speech as president at Joint Base Andrews yesterday morning.

Donald Trump described his time as president as the “honor of a lifetime”, and it appeared that the words during his farewell caused his children to be overcome with emotion.

Ivanka, in particular, who was named Advisor to the President during Trump’s tenure in the White House, was left fighting tears. Joined by her husband, three children and other siblings, she watched on as her father gave his final offerings after what can only be described as a tumultuous term.

“I will always fight for you,” Donald Trump told his followers. “I will be watching. I will be listening, and I will tell you that the future of this country has never been better.

“I wish the new administration good luck and great success, they have the foundation to do something really spectacular. We put them in a really great position.”

Of course, many will question just how “great” a position Biden’s administration find themselves in following the events at Capitol Hill just two weeks ago. Add to that the overwhelming burden of the COVID-19 pandemic and Trump’s administration may have actually left plenty to be desired.

Nevertheless, the former POTUS gave his most die-hard followers cause for optimism by cryptically stating that he would make a return in one form or another.

Rumours have already began to circulate suggesting that Trump may establish his own political party, the “Patriot Party”, in an attempt to break up the Democrat-Republican power struggle, but details on any such move are naturally light just now.

As for what Trump’s family will do now that they’re no longer sitting in positions related to the White House, only time will tell. Trump himself, though, gave special praise to them during his parting address.

“This has been an incredible four years, we’ve accomplished so much together,” he said. “I want to thank all of my family and my friends and my staff and so many other people for being here. I want to thank you for your effort, your hard work.

“People have no idea how hard this family worked, and they worked for you. They could have had a much easier life. But they just – they did a fantastic job. I just want to thank all of you – every one.”

What do you think to Trump’s presidency and farewell? Will he be remembered as a good president?