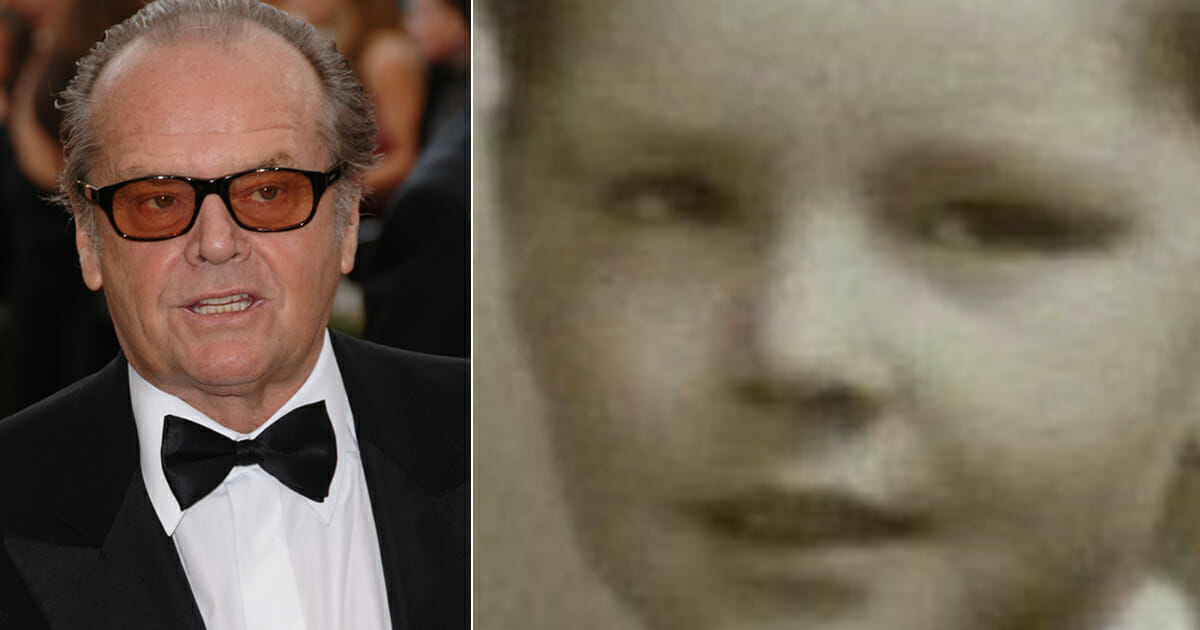 I’ve always been a big fan of Jack Nicholson. I don’t think I’ll ever forget the first time I watched ‘The Shining’, nor will I forget the countless nights of lost sleep that followed it.

Nicholson’s performance in it opened my eyes to the true power an actor or actress can have in a role – I was glued to the screen.

Of course, Nicholson is now, incredibly, 81-years-old, and can look back on an eventful and fantastic career at the summit of Hollywood.

Over the years, his distinctive brows and deep growl of a voice have helped him play a whole host of disturbed characters, including roles in the aforesaid ‘The Shining’ and ‘One Flew Over the Cuckoo’s Nest’.

In a career spanning more than 50 years, he’s worked alongside some of the greatest actors and actresses of all time.

But did you know that his family was hiding a secret from him for a long, long time? One that would only be discovered by chance? If you didn’t, then you’d better read on…

On April 22, 1937, John Joseph Nicholson was born in New York. The young boy would grow up in New Jersey with his grandmother, Ethel Nicholson, who owned a beauty salon.

Jack himself believed that his grandma was his biological mom – his alcoholic father had left the family when Nicholson was but a child.

His sister, June, was 19 and, after working as a dancer, left to try and become an actress. When he reached the tender age of 17, Jack moved to Los Angeles with an eye on following suit.

In 1963, June died of cancer and Nicholson’s grandma, Ethel, died seven years after.

Though he hardly had the most ideal beginnings in life, Jack strived to achieve what he wanted. He pursued his acting desires with great determination, and eventually was rewarded with success.

However, when he was 37, he received a phone call from a journalist who had written a report on him for the movie ‘Chinatown’.

It was a call that would change everything.

During his research in 1974, the reporter in question had uncovered a family secret that he would go on to relay to Jack himself: The people Jack thought were his parents had actually been his grandparents.

Furthermore, his ‘sister’ June had been, in fact, his biological mother.

The prospective Hollywood star was initially insulted by the claims and refused to believe them. However, his second ‘sister’ Lorraine (who was actually Jack’s aunt) confirmed the family’s secret during an emotional phone call.

“It was pretty dramatic event, but it wasn’t what I’d call traumatizing…I was pretty well psychologically formed,” Jack said of the revelation.

Since June had only been 18 when she’d given birth to Jack – and was unmarried at the time – her parents decided to raise Jack as their own. It was decided that June would pose as his elder sister.

To this day, it’s never been confirmed who Nicholson’s biological father was.

It’s been strongly speculated that it may have been June’s manager, whilst other sources claim June didn’t know who the dad was.

We can imagine it’s a pretty big shock to grow to adulthood whilst being fed a lie of such magnitude. Both women, Ethel and June, had taken the secret to their respective graves.

Jack, however, bears them no bitterness.

“I didn’t have to deal with it with them,” he is reported as having said. “They were dead. I am that kind of person-what do I feel-and had the tools to know what I feel. Gratitude. I’ve often said about them: Show me any women today who could keep a secret, confidence, or an intimacy to that degree, you got my kind of gal.”

Despite this long-term family secret, Jack has managed to become one of the most notable, successful actors of all time.

I think it’s character-defining that he does not blame his family for the information they withheld from him; it shows a certain understanding that few people possess.

Please share this story if you were surprised by the Nicholson family history – I’m sure you have friends on Facebook who would be equally interested in learning this!