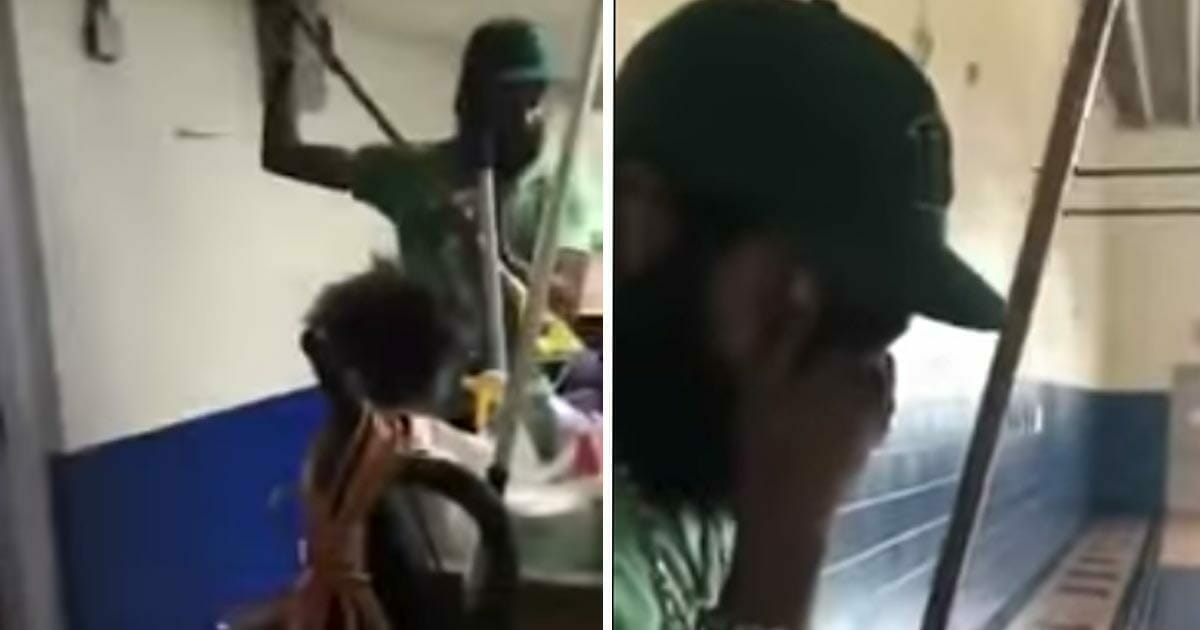 Eugene Hinton works as a janitor at Moody Elementary School in Alabama, USA.

His days are long and the work seems never ending, what with kids being the messy breed that they are. Eugene would be forgiven for wanting a little gratitude for what he does, though he’d never actually expect it.

Which is what makes one particular day even more special. It was one wherein Eugene traipsed around the school grounds, cleaning here and there as normal and helping to ensure everything ran smoothly as it should.

Teacher Andrea Orr called him and told him there was a mess in the cafeteria. The teacher said that a student had been involved in an accident, and that they immediately required Eugene’s help.

When Eugene made his way to the cafeteria, however, he was met with something wholly unexpected.

Eugene Hinton is respected and appreciated by both students and teachers at Moody Elementary School. He’s always there to lend a helping hand where it’s needed, or to perk the kids up with his cheerful attitude to life.

On this particular day, however, a student had had an accident. Eugene was instructed by a teacher to clean up the mess.

In response, Eugene asked the teacher if the accident in the cafeteria was bad. She replied, simply: “Yes, it’s very bad.”

Of course, Eugene didn’t shirk from his task for a second. He retrieved his cleaning cart and made his way to the cafeteria.

Eugene had no idea he was being tricked. The teacher had used a ploy to get him into the cafeteria hall.

When the janitor pushed open the door, he was left speechless. Met with a teeming hall of students shouting “surprise”, it was all he could to do stay on his feet. Then he broke down, tears falling from his eyes when he realized what was happening.

Little did Eugene know that it was “National Custodian Appreciation Day”, a day designed to pay tribute to all those hard working souls who help schools to run as efficiently as they do.

The school children had made signs for the janitor, and welcomed him into the hall with hugs and presents, thanking him for all his work over the years.

Below, you catch watch the video with the nice surprise. It put a smile on my face to see Eugene’s reaction when he sees the children waiting for him in the cafeteria.

What a great surprise! There are many professions that don’t get the attention they deserve. That’s why I think it’s great that Eugene is being celebrated for all the hard work he does.

Please share this article with your friends if you, too, think this was a wonderful surprise.