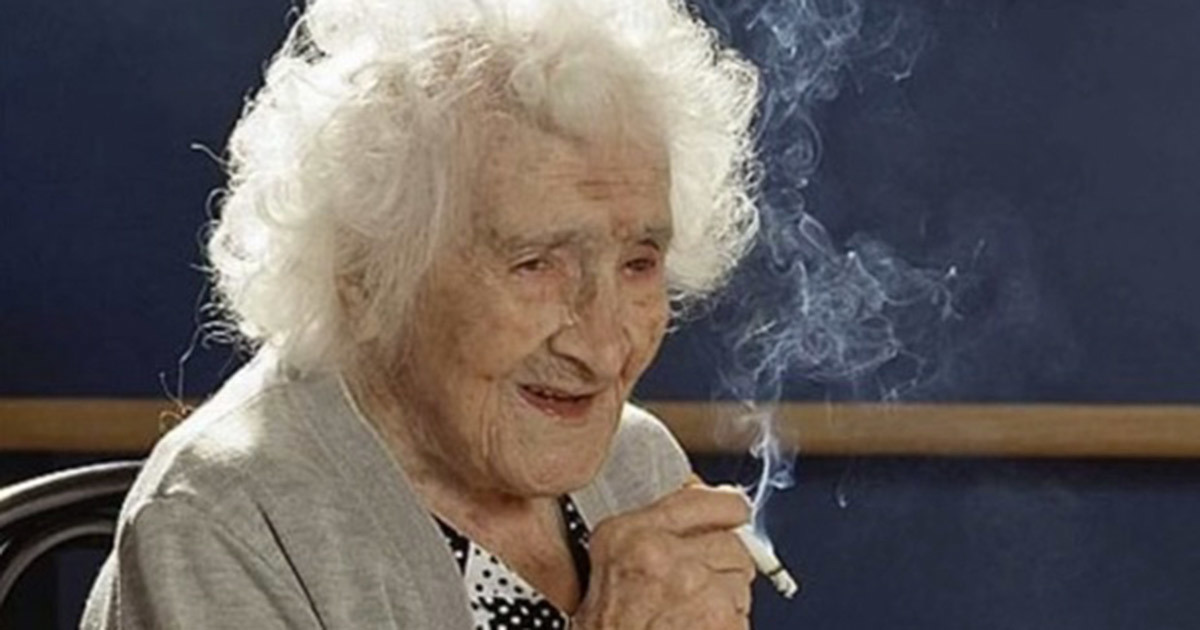 French Jeanne Louise Calment was the person with the longest confirmed lifespan in history. Here are her top tips for living long life.

I think that most dream to live as long of a life as possible. Meanwhile, the world population is getting older. In 1980, 378 million people were aged 60 and over. By the middle of this century, it’s expected that number will reach 2 billion.

Most might also agree that a healthy lifestyle is the optimal way to living a long life. However, some elderly have noted other tricks for how they say they manage to live so long. For instance, there was Jeralean Talley from the United States. She was the world’s oldest person until June 17 this year. She said one of her tricks to longevity was eating a lot of pork. Then there was Mark Behrands, who died at 110. His tip for a long life: drink one beer a day.

French Jeanne Louise Calment has the longest confirmed lifespan in history. She was 122 years and 164 days old when she died. Born in 1875, she passed away in 1997.

Jeanne Louise was born in France and lived her whole life in the town of Arles. To give you an idea on just how long she lived: She was born a year before Alexander Graham Bell patented the telephone, and 14 years before Alexandre Gustave Eiffel built the Eiffel tower.

Jeanne Louise could attribute some of it to her good longevity genes: Her mother lived until 86 and her father, till he was 93.

Jeanne Louise lived a quiet and peaceful life. She married a wealthy man and spent much time playing tennis, swimming, and cycling. She learned to play the piano and loved to go to the opera, according to New York Times.

She and her husband had a daughter, Yvonne. But Jeanne Louise survived both her husband, her daughter and even granddaughter. Jeanne Louise’s husband died in 1942, when a dessert of spoiled preserved cherries killed him, according to New York Times.

Jeanne Louise continued to live in Arles and was active until the very end of her days. At 85, she was still fencing and she did not stop cycling until she was 100 years old.

Madame Calment began smoking when she was 21 and continued until she was 116 (!). She did not stop smoking because she thought it was bad for her health. It was rather that her eyesight was failing, and she didn’t want to continue asking others to light her cigarettes for her all the time.

Naturally, Jeanne Louise’s longevity and relative good health has had thousands intrigued. Prior to passing, she revealed a few more tricks. Among her secrets: she laughed a lot throughout her life, ate almost 1kg of chocolate a week, and frequently smeared olive oil on her skin.

Here is Madame Calment on her 122nd birthday. What an inspiring woman!