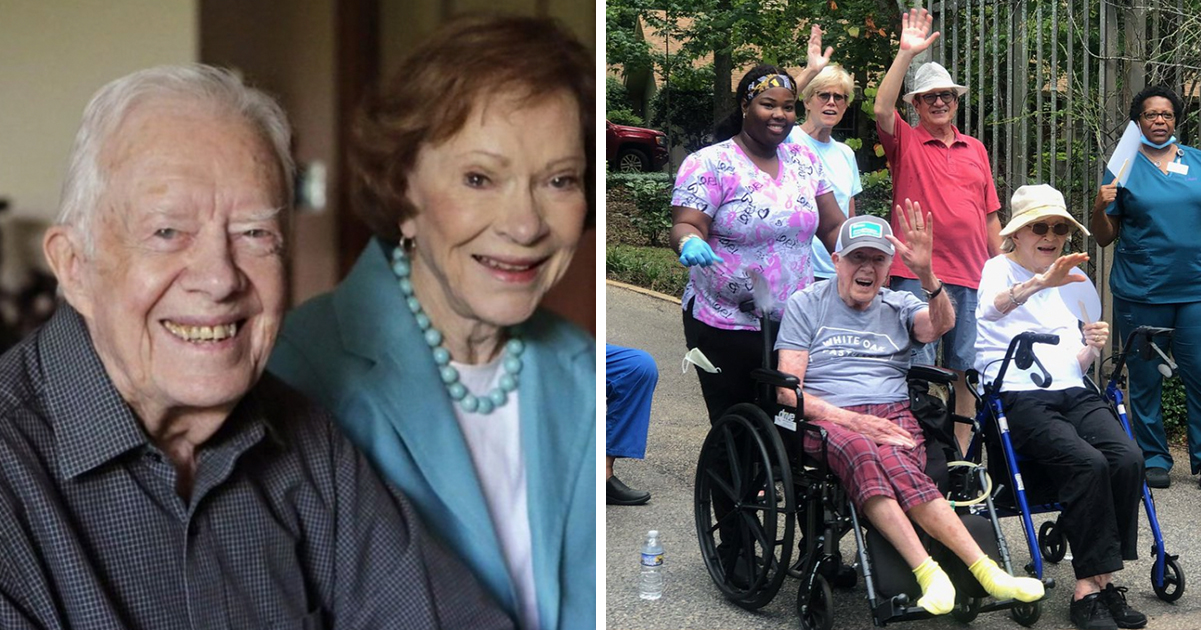 Former President Jimmy Carter and his wife Rosalynn Carter celebrated an incredible milestone this week as they toasted their 76th! wedding anniversary.

Yesterday (Thursday), the Carters marked 76 years to the day since they tied the knot. President Carter – a U.S. Navy midshipman at the time of the wedding – first met Rosalynn while home from the U.S. Navy Academy one year prior.

As per reports, it was his younger sister who initially set him up on a date with Rosalynn, a family friend who had a crush on the future U.S. President.

Astonishingly, the Carters exchanged their vows all the way back in 1946, just one year after the culmination of the Second World War.

Jimmy Carter remained in the military until 1953, only resigning after the passing of his father, James Early Carter Sr. The future President Carter took over his family’s farm in Plains, Georgia, but later set his sights on a career in politics.

He first won a bid for a seat in the Georgia Senate in 1962, marking the start of a political career that would ultimately see him become President of the United States in 1976.

“We developed a partnership when we were working in the farm supply business, and it continued when Jimmy got involved in politics,” Rosalynn is quoted as having said.

“I knew more on paper about the business than he did. He would take my advice about things.”

Over the course of President Carter’s time in the White House, Rosalynn was an active advocate of mental health. She served as the honorary chair of the President’s Commission on Mental Health, a body that helped to pass the Mental Health Systems Act of 1980.

Now both in their 90s, Jimmy and Rosalynn still live in Plains, Georgia, and cut extremely sprightly figures given their advancing years.

“Every day there needs to be reconciliation and communication between the two spouses,” former President Carter said. “We don’t go to sleep with some remaining differences between us.”

As per the Jimmy Carter Library, Carter was once asked on his 75th birthday to name the most important thing he had ever done.

Back in 2019, the the Carters became the longest-married couple in presidential history after they beat the record held by the late George H.W. Bush and Barbara Bush, married 73 years.

I don’t know about you, but I simply love the Carters! I’m still grateful for everything they’ve done in service to their country, and we here at Newsner want to wish them a happy anniversary.

Share this article if you want to pay your respects to the love between this great couple.