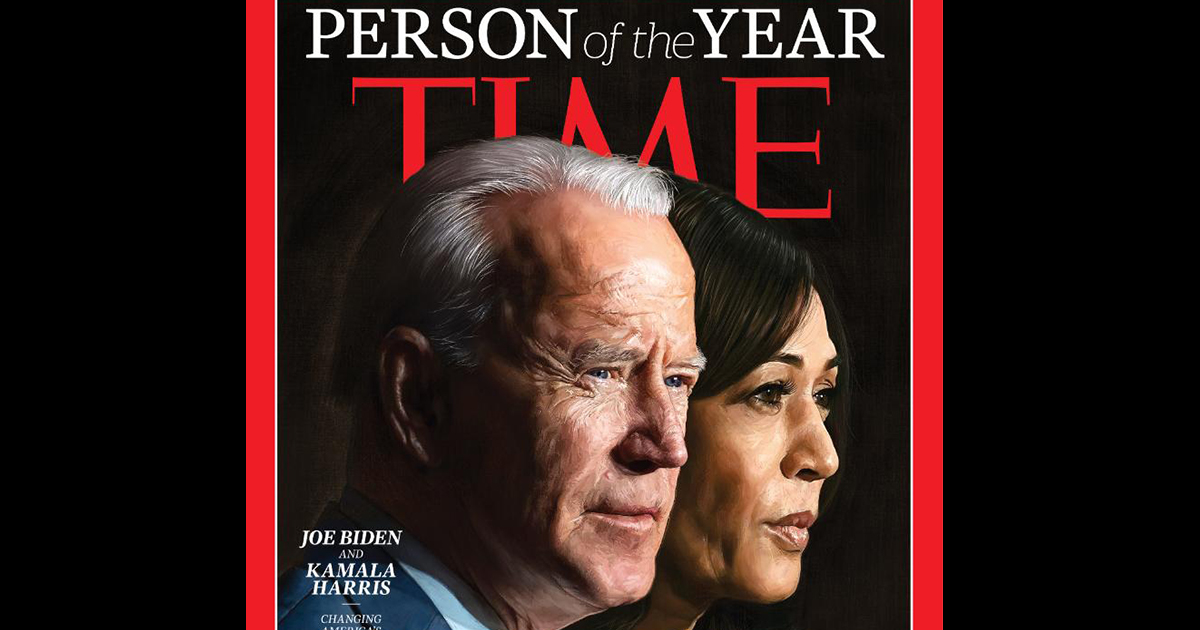 Joe Biden and Kamala Harris have been named Time magazine’s Person of the Year for 2020, according to reports.

The dynamic Democratic duo made history on November 7, beating Donald Trump in the presidential election to ensure his White House tenure was cut short to just four years.

Time editor-in-chief Edward Felsenthal wrote: “For changing the American story, for showing that the forces of empathy are greater than the furies of division, for sharing a vision of healing in a grieving world, Joe Biden and Kamala Harris are TIME’s 2020 Person of the Year.”

Upon winning the election, Harris became the US’s first female, first Black and first South Asian vice president-elect all in the one go. Biden, meanwhile, did what many believed he couldn’t do, especially given how Trump had upset the odds against Hilary Clinton in 2016.

Time magazine’s tradition of selecting an especially influential person who has – for better or worse – had a large effect on the world started back in 1927, with their Man of the Year award.

The name was later changed to Person of the Year to be more inclusive, though it can also be bestowed upon a group of people. In 2006, for example, the magazine named “You” as Person of the Year in an effort to recognize the millions of internet users around the world.

Other famous examples of past winners include Adolf Hitler in 1938 (remember what we said about for better or for worse) and Greta Thunberg in 2019 for her work on climate change.

The four nominations for this year’s prize were Joe Biden and Kamala Harris for their groundbreaking election victory, Donald Trump for his continued acts of supreme controversy, frontline health care workers and Dr. Anthony Fauci in the face of the COVID-19 pandemic, and the Movement for Racial Justice sparked by the death of George Floyd.

What do you think about Time magazine’s Person of the Year 2020? Did Joe Biden and Kamala Harris do enough to deserve the award?