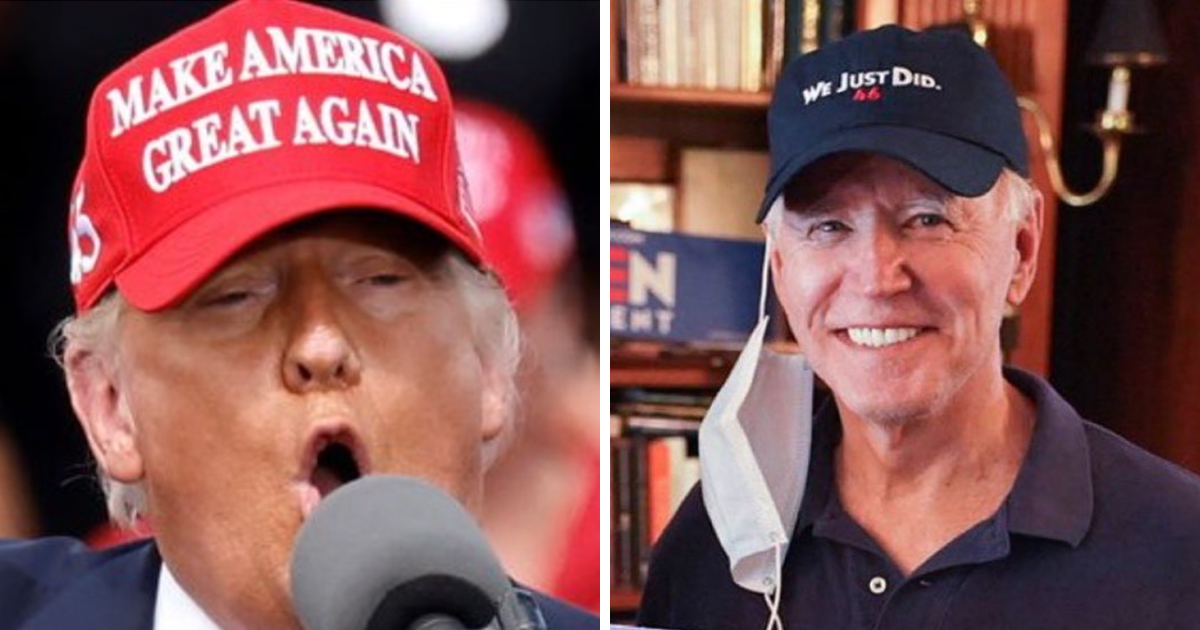 Joe Biden emerged victorious in the US presidential election, and though he won’t officially be sworn in until January, changes are already being made.

Take Donald Trump‘s infamous MAGA slogan, for example, which his Democratic rival wasted little to no time in replacing.

After securing the 270 electoral votes necessary to oust Trump from the White House after four turbulent years, Biden is expected to officially be made America’s 46th president on January 20, 2021.

Of course, a smooth transition from the current administration to the new one doesn’t look overly likely at this stage. Trump and his campaign team have repeatedly accused the opposition of fraud and “stealing votes”, though no evidence has been put forward.

Biden and Vice President-elect Kamala Harris have been keeping themselves busy in the meantime, giving speeches and doing their best to prepare the country for the shift in power.

And one thing fans failed to miss was the cap Biden chose to wear while appearing in a photo with soon-to-be first lady, Jill Biden.

You don’t have to have incredible memory to recall the fever over Donald Trump’s red hats and their “Make America Great Again” (or MAGA) pledge.

Well, Biden seems to be going for his own variation. In the aforesaid photo with Jill, he sported a cap that read: “We just did”, above the number 46.

Needless to say, fans were quick to erupt on social media:

During Biden’s victory speech, he said: “I sought this office to restore the soul of America, to rebuild the backbone of this nation, the middle class and to make America respected around the world again, and to unite us here at home.”

The next four years will certainly be an interesting time for the US, and I for one will be watching on with intrigue.

Regardless of your political beliefs, I think we can all agree that now is the time for us to band together and work towards a safer, brighter, better America.

Share this article if you’re a proud American citizen!