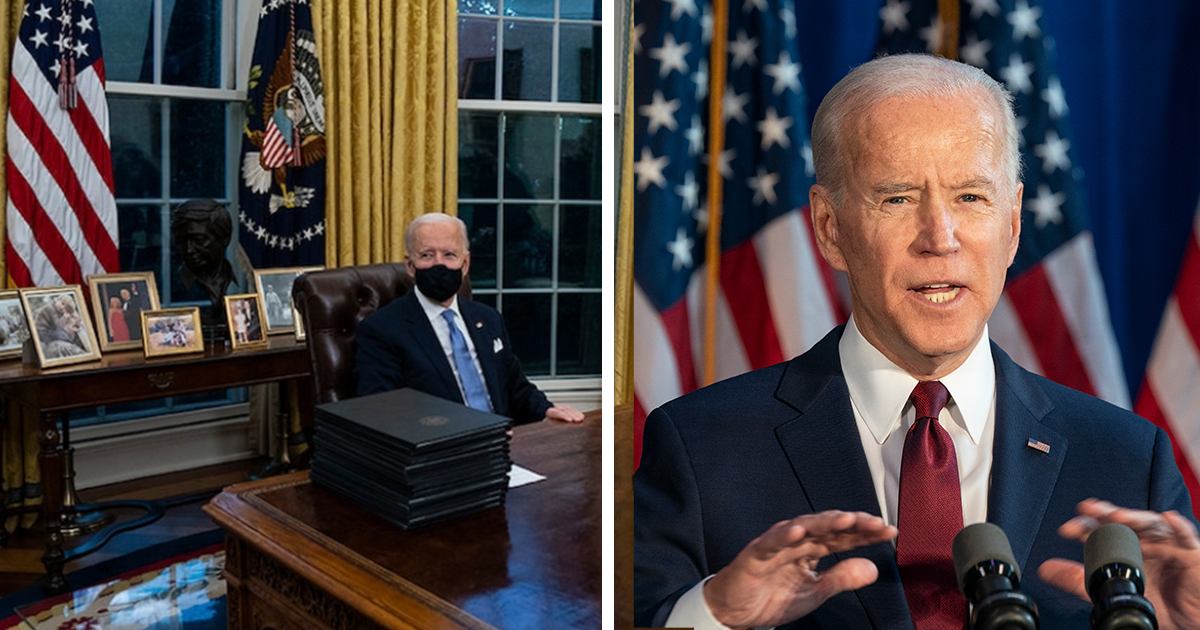 Joe Biden has been president for less than two full days, but the changes between his work station and the one Donald Trump flaunted for the past four years have already been wrung.

Indeed, being the commander-in-chief means the chance to decorate the White House to your own taste, particularly when it comes to the Oval Office.

As images emerged of President Biden’s new-look work station, people have been quick to point out the many changes he has made to how his predecessor’s looked.

Perhaps the most talked about alteration thus far is the removal of the military flags that had been on open display during Donald Trump’s four years in office.

The Washington Post reported late on Wednesday that the flags, which had been positioned near Trump’s left side, had been taken away. Instead, Biden has opted for perhaps a more traditional offering, with the two flags that will stand behind him bearing the American flag and the presidential seal.

As per the White House Museum, the interior of the Oval Office “has changed very little except in its furnishings” since 1934.

All the same, Biden’s new additions and removals – the latter of which includes his ditching a portrait of former President Andrew Jackson, the first Democrat to hold office – will undoubtedly come under various degrees of scrutiny in the coming days.

As per the Washington Post, a portrait of Benjamin Franklin and a moon rock are said to represent the new president’s interest in science, while a bust of Latino civil rights leader Cesar Chavez – who fought to bring awareness to the harsh conditions of farmworkers in the United States – will sit behind Biden’s desk.

Meanwhile, busts of Martin Luther King Jr. and Robert F. Kennedy are positioned flanking a fireplace in the office, and those of Rosa Parks and Eleanor Roosevelt are also present.

Perhaps another, more light-hearted adjustment Biden made in the hours following him being officially sworn in was to remove Donald Trump’s ‘Diet Coke button’ from the Resolute Desk.

Yes, you did read that right … the former president is said to have had a button on his desk specifically for ordering Diet Cokes from his staff members. Biden, it would seem, has altogether different tastes.

What do you think about the changes Joe Biden has made so far? Let us know your thoughts in the comments box.

Meanwhile, share this article on Facebook if you believe Biden will be a strong president for the U.S. moving forward.