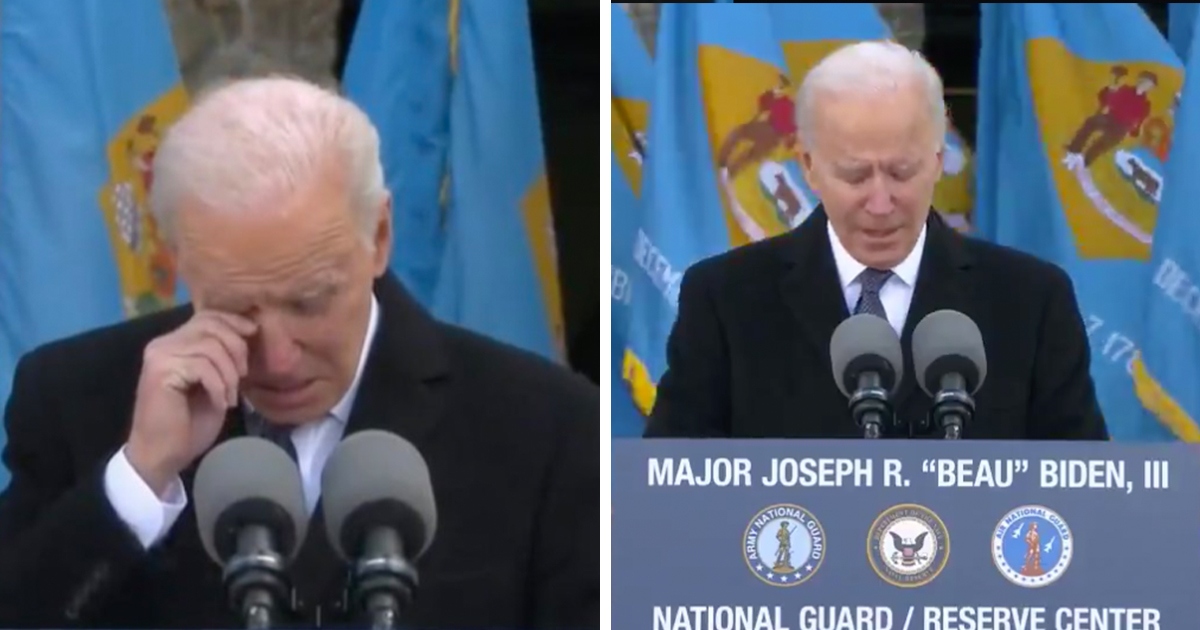 President-elect Joe Biden was teary-eyed yesterday as he gave a speech to thank his staff and honor his late son, Beau Biden, before he takes office today, Wednesday, January 20.

Bidding farewell to Delaware, Biden declared that it should have been son Beau, who died of brain cancer in 2015, being sworn in as the next president of the U.S.

Biden made his speech at the Major Joseph R. “Beau” Biden III National Guard Center, named after his son, and his voice broke as he told supporters that the state of Delaware is “written on his heart”.

With tears in his eyes, Biden said: “Ladies and gentlemen, I only have one regret: He’s not here, because we should be introducing him as president.

“When I die, Delaware will be written on my heart and the hearts of all the Bidens. We love you all.

“You’ve been there for us in the good and the bad. You’ve never walked away and I am proud, proud, proud to be a son of Delaware and I am even more proud to be standing here doing this from the Major Beau Biden facility. My only regret is that he can’t be here today.”

Biden will today be sworn in as America’s 46th president, though his predecessor, Donald Trump, will not be there to witness it.

Much has been made of Trump’s characteristic snub in recent days, with the current POTUS set to fly to Florida instead of remaining in Washington to welcome his political rival.

During the aforementioned farewell speech in Delaware, Biden said:

“It’s deeply personal that our next journey to Washington starts here. A place that defines the very best of who we are as Americans. I know these are dark times, but there is always light. That’s what makes this state so special, that’s what this state has taught me the most.”

He continued: “Twelve years ago, I was waiting at the train station in Wilmington for a black man to pick me up on our way to Washington, where we were sworn in as president and vice president of the United States of America.

“And here we are today, my family and I, about to return again to Washington, to meet a black woman of South Asian descent, to be sworn in as president and vice president of the United States.

“As I told Beau on that train station waiting for Barack, don’t tell me that things can’t change. They can and they do. That’s America. That’s Delaware.”

Biden is set to take his oath of office today in front of an empty National Mall heavily fortified with troops from the National Guard.

I for one am glad that Joe Biden will have the chance to take this country forward! But what do you think? Would you have preferred four more years of Trump?