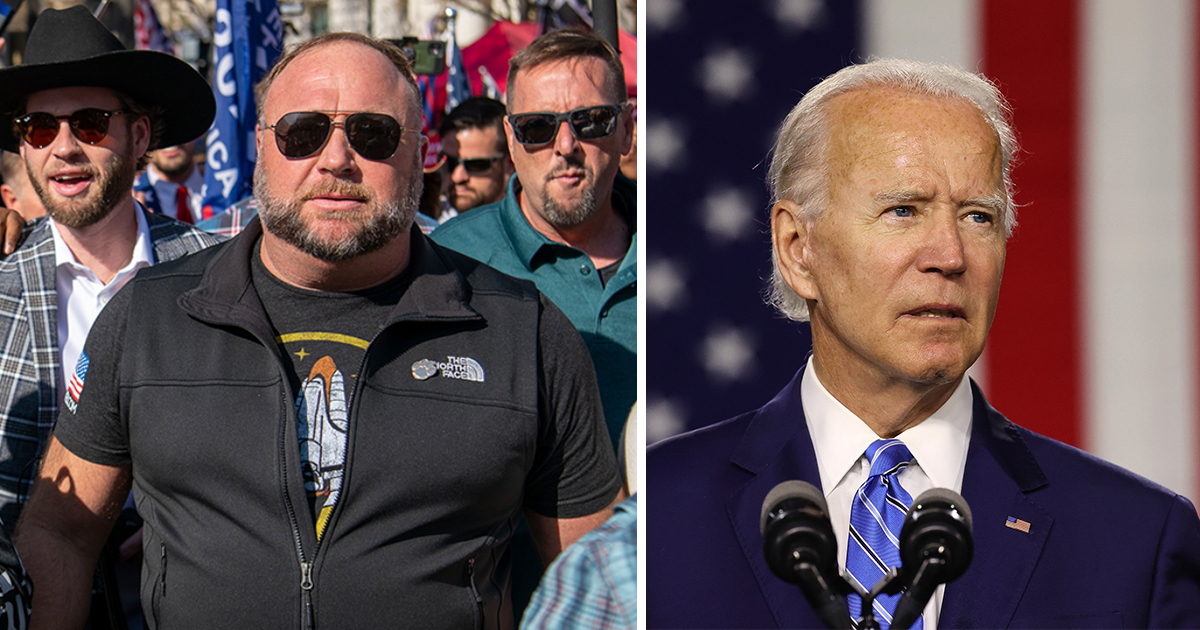 Anyone familiar with internet conspiracy theorist Alex Jones will be used to the controversy associated.

For those that don’t know, Mr. Jones, a renowned far-right radio host, has primarily made his name as an advocate for all things unbelievable, having been described as “America’s leading conspiracy theorist”.

He’s made headlines again after appearing at a Washington DC rally on Saturday, December 12, to tell supporters of Donald Trump that President-elect Joe Biden would be “removed one way or the other”.

Saturday saw the second ‘Million MAGA March’, in which people descended on Washington to protest the recent results of the 2020 presidential election.

In a bizarre, if not unsettling speech, Jones referenced a truly outlandish conspiracy put forward by QAnon that claims Trump is waging a war against an underground cult of Democratic Satanic paedophiles that control the world.

“We will never back down to the Satanic paedophile, globalist New World Order and their walking-dead reanimated corpse Joe Biden, and we will never recognise him,” Jones said as he addressed the gathered.

The conspiracy theorist also said Trump had no contact with the Russians, but that his rival Joe Biden did.

“President Trump had zero connection to Russians. No proof. Four years of investigation. With the Bidens, it’s open and shut,” he said.

“So I don’t know who’s going to the White House in 38 days but I sure know this – Joe Biden is a globalist and Joe Biden will be removed one way or another.”

During the MAGA march, scuffles and violent altercations broke out between far-right protestors and counter-protestors from Antifa.

In the aftermath, there were calls on social media for the aforesaid Alex Jones to be arrested for inciting violence.

I don’t know about you, but Jones’ claims concerning Biden are not just strange, but also chilling.

Let us know your thoughts on the US presidency in the comments box.

Meanwhile, share this article on Facebook if you’r hoping for four years of prosperity in the US.