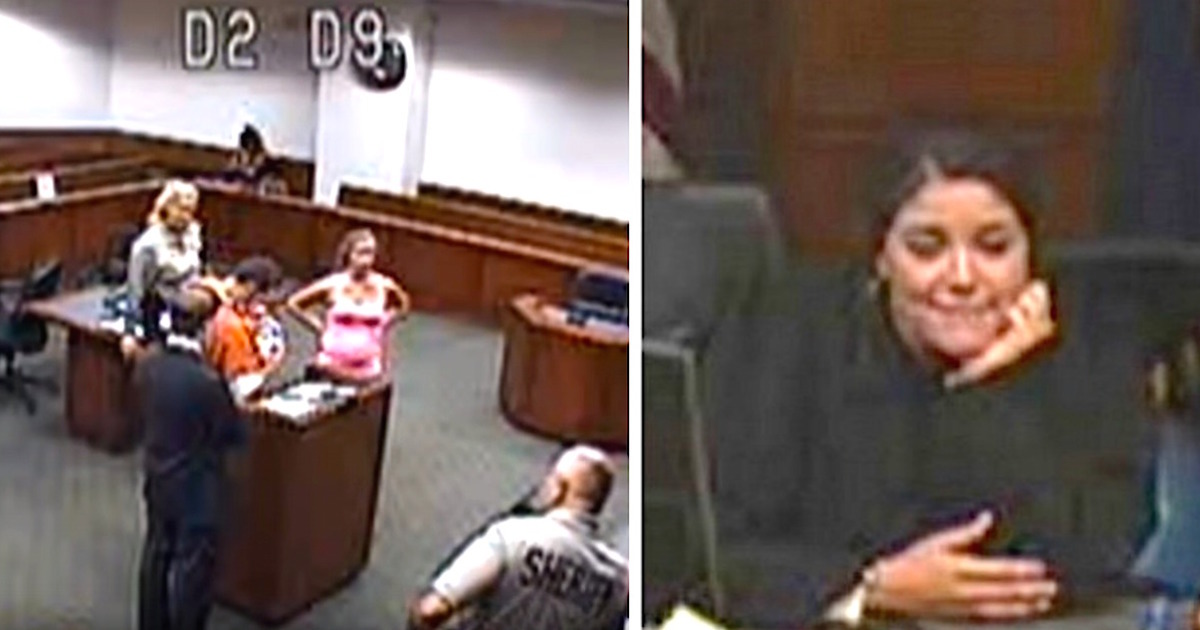 Sometimes the kindest thing a person could possibly do for another is set aside the rules, if only for a moment.

Amber Wolf, a district court judge in Louisville, Kentucky, had just wrapped up defendant James Roeder’s hearing when she did something you wouldn’t expect from someone who’s life is about following protocol.

Judge Wolf knew that the inmate had wanted to meet his 1-month-old son since before his baby was born. And since Roeder’s wife, Ashley, was also present for a hearing of her own, the judge saw the possibility for something special to happen.

The Roeders are co-defendants in a burglary case, and because of this, Judge Wolf had previous issued a no-contact order between them. But with both parents already in the courtroom, the judge made an exception to her earlier ruling and let James have a moment he’ll treasure for years to come.

“I saw Ashley try to hold the baby up when he came out for his case to be called with his attorney,” Judge Wolf told WDRB News. “And I thought that he hadn’t seen that. And it occurred to me after we finished this case that he had not met his baby—who was 30 days—and that he was not going to get an opportunity to meet his baby anytime in the near future.”

So Judge Wolf asked Ashley if she’d allow her husband to meet their baby. And after the mother agreed, the judge had some clear instructions for James.

“I don’t want you to say anything about your case at all. Don’t say anything. Your lawyer is not present right now. But I understand that there is a chance that you’re going to go back to Todd County, and your baby is a month old, and you haven’t met that baby yet. Is that right?” she asks him.

“Mrs. Roeder, do you want to come up here?” Judge Wolf asked.

Judge Wolf continued, “I know you have a no-contact order between you and Mrs. Roeder that I issued—and I am not changing that. I’m making a temporary exception right in front of me, on the record, so that you can meet this baby. This is your son.”

At this point, Ashley put the baby into James’ arms. The emotional dad held up his son for several moments and leaned over to kiss him. And there wasn’t a dry eye in the court room.

“If you all aren’t teared up, then you’re just heartless,” Judge Wolf said, and I have to admit, I also cried seeing this beautiful moment. It was something I wouldn’t expect a judge allow. And I think that it’s wonderful that she gave this dad the gift of meeting his son. Hopefully, it’s a gift that will inspire James to do his best for his son in the future.

So why did Judge Wolf do it?

“It wasn’t really a judge thing,” Judge told WDRB. “I think it was just more of a human thing.”

Watch the touching video below: