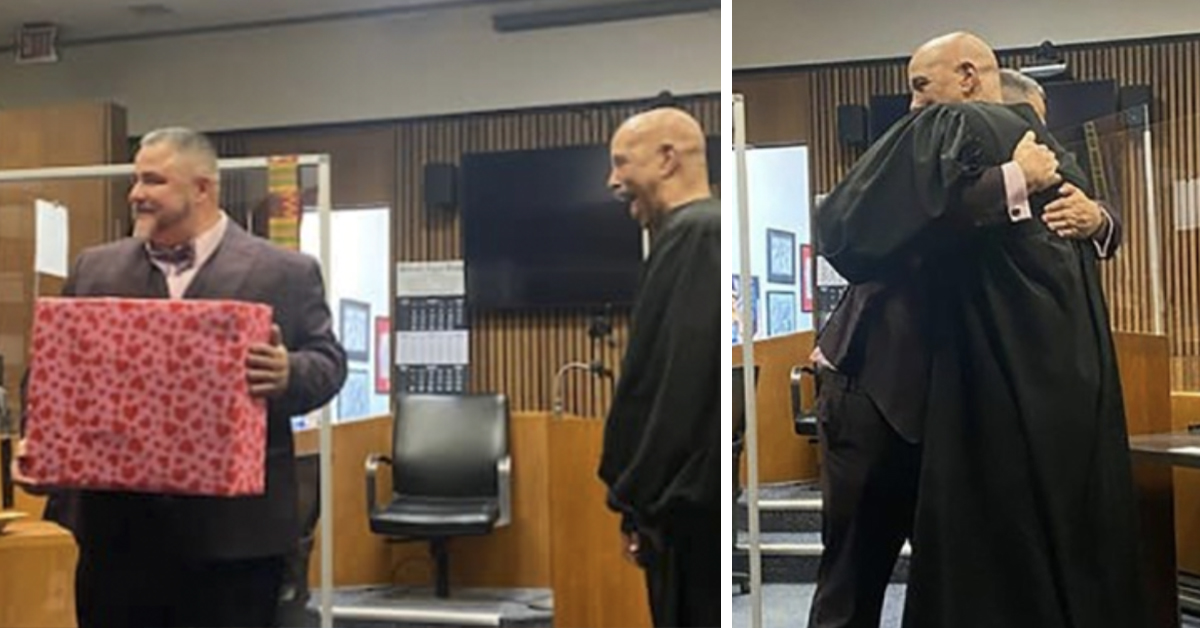 From a young age, we’re all told that everybody deserves a second chance in life.

For the most part this is true, since every one of us is capable of making mistakes. It’s only by accepting our faults and working to correct them that we can truly achieve redemption.

That’s something Judge Bruce Morrow obviously knows all to well. 16 years ago, he presided over a case wherein one Edward Martell – at the time a high school dropout and drug dealer – pleaded guilty to making and selling crack cocaine.

Judge Morrow could oh so easily have taken a hardline approach in sentencing Edward to 20 years in prison. Instead, he showed a great degree of leniency by challenging the young man to make something of himself and handing him just three years probation.

“I told Ed, my door is always open for you, here’s my number, I want to know what you’re doing, I want you to keep me in your life,” Morrow explained.

“I gave Ed an opportunity. Everybody deserves to be treated with a great sense of humanity and importance.”

16 years on from that date, his trust was repaid when, somewhat fittingly, Judge Morrow himself swore Edward into the State Bar of Manhattan in the very same courtroom.

Edward, now 43, became one of Michigan’s newest criminal defense lawyers, and was gifted a monogrammed briefcase in the process.

“I see him as my son,” Judge Morrow continued. “It was like walking your daughter down the aisle. It was one of the moments where I just felt so happy. My joy was for him.”

“Love changes people,” Edward said. “That’s the most important lesson we all should learn from this story.”

I don’t know about you, but that’s some turn around indeed. Edward’s journey from drug dealer to being sworn in as a lawyer can’t have been easy, but he’s proof that you can make the necessary changes to positively affect your life.

What an amazing story of love and perseverance! Did this put a smile on your face today? If so, share this article on Facebook so more people can see it.