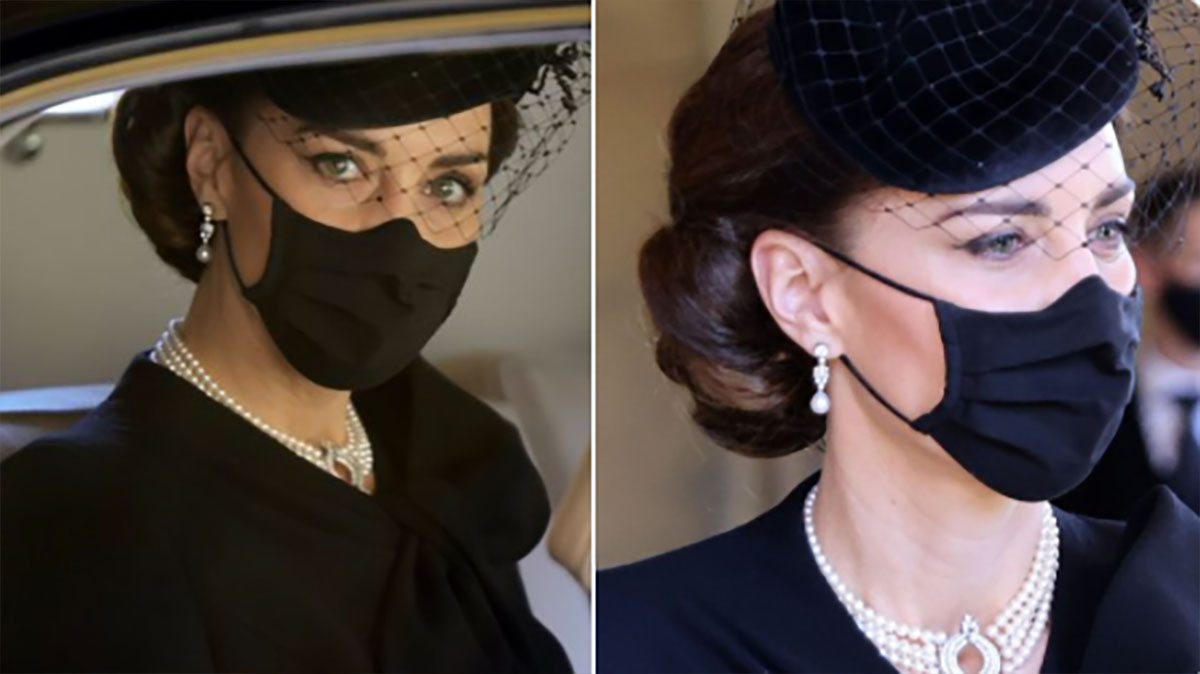 More than 13 million people watched the funeral of the Queen’s husband Prince Philip as the most famous family in the world came together to mourn the passing of a man who dedicated his life to Queen and country.

His four children are rarely seen all together in public but on Saturday his only daughter Princess Anne was joined by her three brothers, Princes Charles, Andrew and Edward to follow their father’s coffin during the televised event.

The procession started from State Entrance at Windsor Castle and ended at St George’s Chapel.

The four children of the Queen and Prince Philip were joined by Princess Anne’s son Peter Phillips who walked between his cousins Prince William and Prince Harry.

All eyes were on the two brothers as their body language and conversation was scrutinized in an attempt to gauge the mood between the two following the bombshell interview Harry gave with wife Meghan Markle to Oprah Winfrey last month.

Prince Harry flew from his home in California to the U.K. to be with his family after news of the passing of his grandfather broke.

Prince Philip died just two months shy of his 100th birthday on April 9; although his health had suffered over the past year, his death was still sudden.

Despite the two brothers being separated by their cousin, when the procession behind the coffin being carried on a bespoke Land Rover which Prince Philip helped to design, stopped their cousin Peter Phillips took a step back so the brothers could walk side by side.

Royal sources said the brothers had been told to ‘bury the hatchet’ for the day but the two seemed unable to make eye contact.

During their interview with Oprah Meghan Markle had accused the Royal family of making a racist remark about the color of their child when she was pregnant with Archie and said it was Catherine who had made her cry and not the other way around as the media had reported.

The couple’s jaw-dropping interview forced the Royal family to hold crisis talks and William even broke protocol by speaking to reporters outside a school in London insisting his family was not racist.

We can only imagine the tension between them as they met for the first time since the interview during such a sad occasion.

But it was in fact Prince William’s wife Catherine who broke the ice and struck up a conversation with Harry after the funeral. As they were both wearing masks it was impossible to even guess what she said to her brother-in-law but it seemed to diffuse a seemingly uncomfortable situation.

Catherine is known for being a peacemaker between the two brothers in the past and the three were at one time inseparable.

As her husband William chatted to the Dean of Westminster outside the chapel, she engaged Harry in conversation, as reported by Vanity Fair.

Harry has spent most of his time in the U.K. alone and in isolation after his heavily pregnant wife Meghan was advised not to travel.

He reportedly saw his grandmother the Queen across the lawns of the garden of Frogmore Cottage on Friday, while the Queen was walking her new puppies, but the reunion with William didn’t happen until Saturday morning, before the funeral.

Prince Harry shared a tribute to his grandfather describing him as “a man of service, honor and great humor.

“He was authentically himself, with a seriously sharp wit, and could hold the attention of any room due to his charm — and also because you never knew what he might say next,” the Duke of Sussex said in a statement published on his Archewell Foundation.

“He will be remembered as the longest reigning consort to the Monarch, a decorated serviceman, a Prince and a Duke. But to me, like many of you who have lost a loved one or grandparent over the pain of this past year, he was my grandpa: master of the barbecue, legend of banter, and cheeky right ’til the end,” Harry continued.

“He has been a rock for Her Majesty The Queen with unparalleled devotion, by her side for 73 years of marriage, and while I could go on, I know that right now he would say to all of us, beer in hand, ‘Oh do get on with it!'”

Harry must have been grateful for the warmth that Catherine showed him, as many royal family members are livid that he revealed personal conversations with his family so publicaly.

Catherine, who was also like Prince Philip, considered and treated as an outsider when she joined the Royal family, has managed to win the public and media over with her grace and warmth, showing the nation just how seriously she takes her royal duties while proving herself a fun and devoted mother and wife.

She was her usual image of grace and beauty at Prince Philip’s funeral on Saturday and her picture has been shared by thousands for one particular detail.

As well as wearing a stunning black coat with a bow across the top prompting many to caption the picture of her as simply ‘breathtaking’ the necklace she chose to wear on the day has also attracted much interest.

The Duchess of Cambridge wore a diamond and pearl necklace to the funeral that belongs to the Queen and was repeatedly worn by Princess Diana during her lifetime.

British Vogue shared an image of Catherine on the day saying her choice was a ‘moving tribute to both the Queen and Princess.’

The necklace was gifted to the Queen by the nation of Japan in the 1970s and was worn by Princess Diana during her famous dance with Hollywood star John Travolta.

In addition to the necklace, Catherine also wore a pair of the Queen’s Bahrain Pearl Earrings, made from pearls that were gifted to her Royal Majesty when she married Prince Philip.

Days before the funeral, Prince William shared a heartfelt tribute to Prince Philip on behalf of himself, Duchess Kate, and their children.

“I will always be grateful that my wife had so many years to get to know my grandfather and for the kindness he showed her,” part of his note read. “I will never take for granted the special memories my children will always have of their great-grandpa coming to collect them in his carriage and seeing for themselves his infectious sense of adventure as well as his mischievous sense of humor!”

I’m so glad Catherine reached out to Harry on such a difficult day. Watching the two brothers following their grandfather’s coffin was a sad reminder of the walk they did more than 20 years ago behind their mother’s coffin.

For all the media speculation they are, at the end of the day, a family in mourning and I hope they can put their differences behind them and offer each other some comfort and sibling support during such a difficult time.