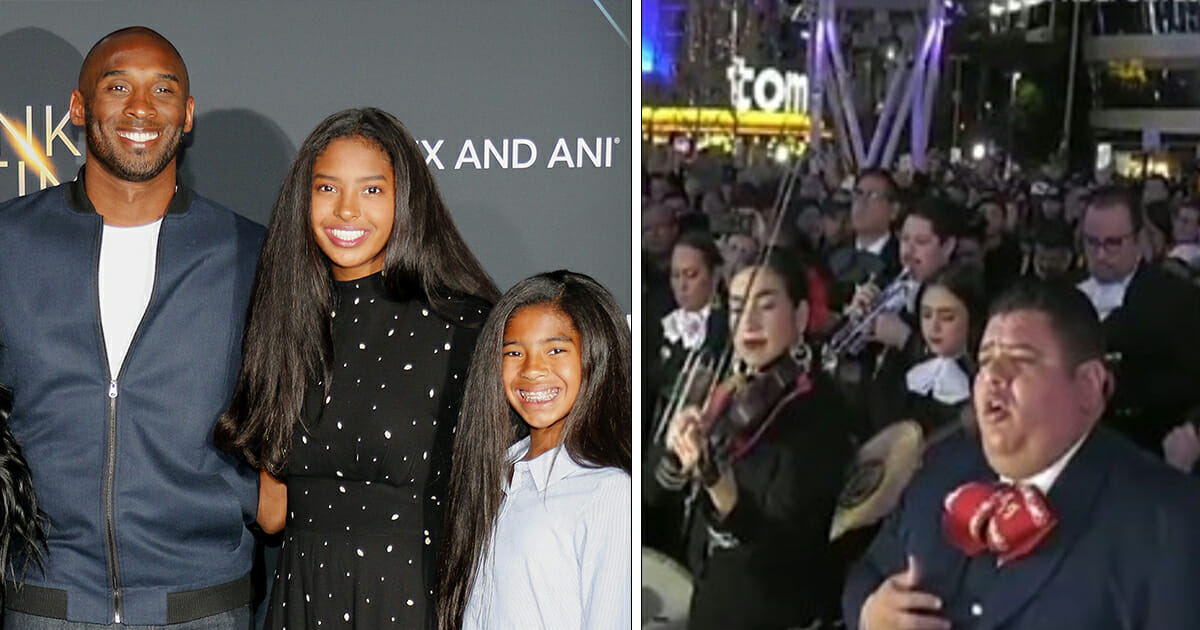 The world remains in shock following the helicopter crash that killed Kobe Bryant and eight others, including his teenage daughter Gianna, on Sunday.

As per reports, thousands gathered on Wednesday evening at a makeshift memorial close by the LA Lakers home stadium of the Staples Center. Amongst the throng were more than a dozen mariachi musicians from throughout Los Angeles.

Of Kobe, mariachi performer Santiago Alberto said: “He really embraced the Latino community. He did interviews in Spanish. L.A. is a mostly Latino community and they welcomed him with open arms when he came to L.A.”

Paying homage to Bryant’s ties with the Latino community in LA, Alberto put out a call to local mariachi performers on the internet. Despite being from a host of different bands, they joined together to play on Wednesday.

“This is how we mourn our people, with mariachi, with live bands,” said Moorpark resident Ramon Avila. “We mourn him, but we also gratify him for everything he did for us.”

The musicians played a number of songs, including a heart-rending version of “Amor Eterno”.

Kobe will be sorely missed the world over, but eight other souls also lost their lives when the helicopter came down over Calabasas, California. It’s our job to ensure they’re not forgotten either.

Our thoughts and prayers go out to those affected by this tragedy. Let it be a reminder to never take life for granted.