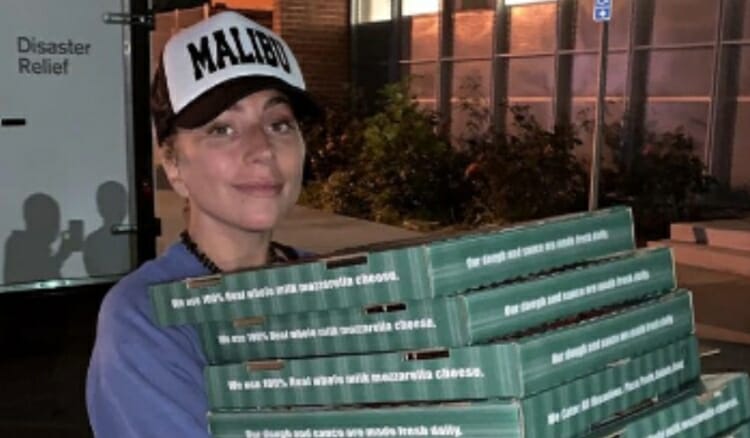 It pains me to write that you’ll all be well aware of the devastating wildfires ravaging both north and south California as we speak.

To date, more than 50 people have been confirmed as fatalities of the blazes, whilst thousands have lost homes and livelihoods to the flames.

In the north, the Camp Fire is now on record as the most devastating in state history, whilst in the south the Woolsey Fire is responsible for an evacuation of Malibu. The fire cares little for status or money; it continues to burn a path through everything in its way.

Yet it’s during such times of crisis that people often show their true colors, and a number of high-profile figures have already made charitable gestures in a bid to lessen the impact felt by the community.

One such star is Lady Gaga, who despite having been evacuated herself remains staunch in her support of others.

Whilst Gaga would be forgiven for putting as many miles as possible between herself and the fires tearing California apart, she’s instead opted to make the absolute best of a bad situation.

Only yesterday the singer took to Instagram stories to encourage people to help: “I’m on my way now to a shelter in California to be with people who have evacuated their homes. It’s one of my acts of kindness for today, and I encourage you to do the same.”

Later that same day, the 32-year-old shared an image of herself carrying 11 boxes of pizza into the shelter. The food – along with coffee and gift cards – was her way of keeping up the shelter’s morale.

Of course, this isn’t the first time Gaga has proven herself to be every bit as compassionate off-screen as she is talented on it. On Sunday, she reportedly paid a visit to an evacuation center at Pacific Palisades High School, telling the crowd: “This is not easy. I know this is not easy. And I know that a lot of you are feeling a lot of pain right now, and a lot of shock, and this might feel very surreal. I extend my love to each and every one of you. I know we do not know each other, but I love you.”

Way to go Lady Gaga! It’s so great to seeing someone with so much giving back to the people who need help the most.

Our thoughts and prayers are with the people suffering as a result of these deadly fires. Help us help them by SHARING this article on Facebook!