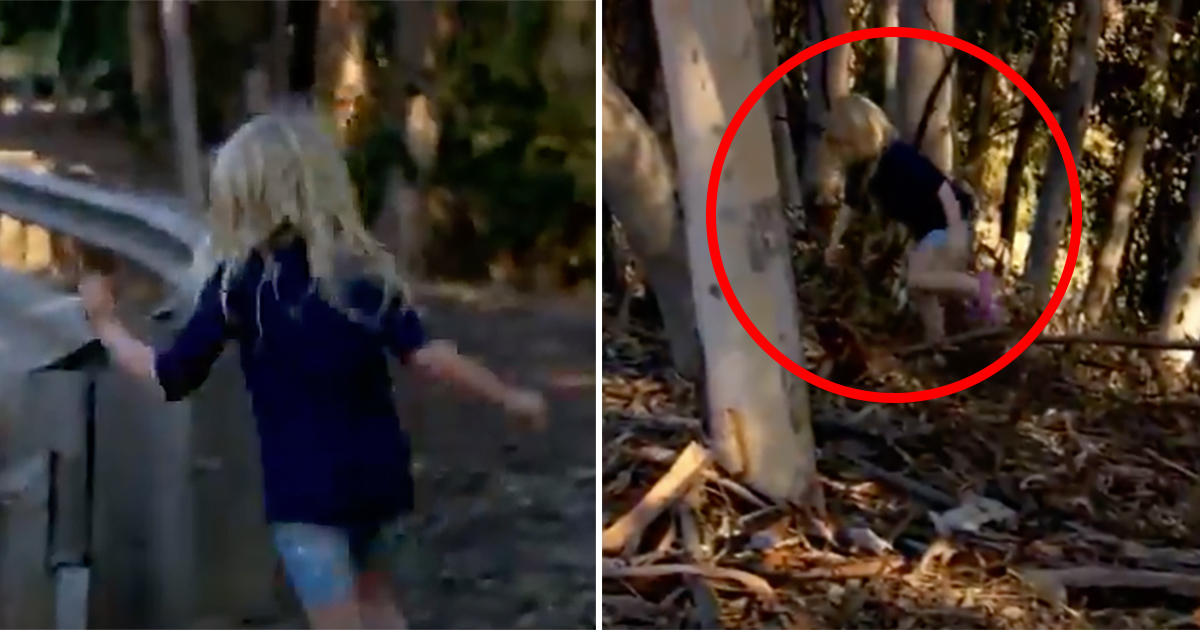 In August 2015, Angela was driving home with her five-year-old daughter, Lexi, and her 10-week-old son, Peter.

The mother of two was tired and could feel her eyelids becoming heavier and heavier. The next rest area was miles ahead, though, so Angela decided to just try her best to stay awake until she got there.

But she never reached that rest area. She closed her eyes for a second, and before she knew it, her car veered off the road into a deep ditch.

The crash left Angela unconscious, and since the car was at the bottom of a ditch and not visible from the road above, there was little chance that anyone would ever see it.

Luckily, five-year-old Lexi was still fully conscious. She saw her mother lying there and heard her little brother cries and decided to act. So she did something that few children her age would’ve have dared—let alone accomplish.

She unbuckled herself from her car seat and got out of the car. Then, she climbed barefoot up the steep slope to the side of the road and started waving down passing cars.

Finally, a couple saw the little girl and stopped.

The Good Samaritans were able to get help. And soon, emergency services arrived on the scene and brought Lexi, her mom, and her brother to the hospital.

Unfortunately, Lexi’s mother’s back was broken and her brother had internal bleeding in his brain.

But things could have been worse if the brave five-year-old hadn’t bravely gone in search of help.

For her efforts, Lexi became the youngest person in Canada to receive a bronze medal from The Royal Canadian Humane Society.

Watch the video below to see how Lexi saved her mother and little brother’s lives. She’s a real hero!

When you’re driving and feel your eyelids becoming heavy, remember to pull over and rest for a while. This doesn’t need to happen again.

Please share this story to let your family and friends know how dangerous it is to drive tired. It can be as dangerous as driving drunk!