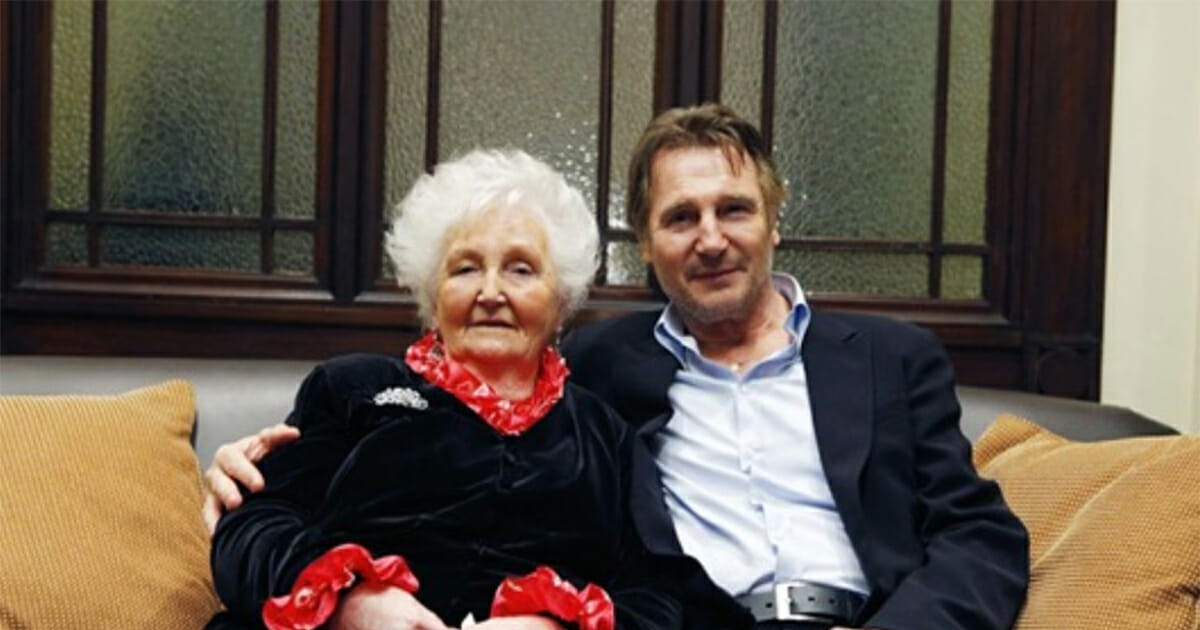 Liam Neeson’s mother Katherine sadly passed away on Saturday, just one day before the actor turned 68.

As per the Daily Mirror, news of her death was announced during a mass broadcast on Facebook from All Saints Church in Ballymena, Northern Ireland on Saturday.

“Her funeral arrangements will be later.”

Katherine, who was 94 when she passed away, had four children in total; Liam, Elizabeth, Bernadette and Rosaleen.

Liam Neeson himself turned 68 yesterday, June 7. Our thoughts are with him at this difficult time.

Share this article on Facebook if you want to send love and prayers to Liam Neeson’s family at this time.