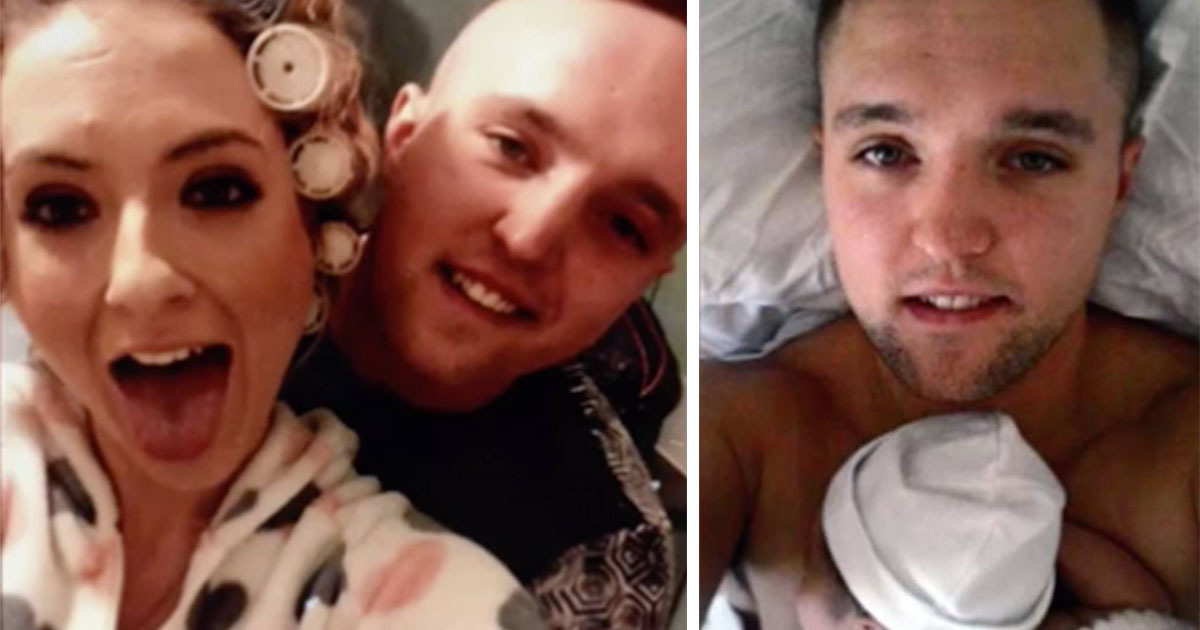 Lisa and Lewis were a happy couple who enjoyed life with their son, Tyler.

Lewis knew he suffered from a rare heart disease called Brugada syndrome. But despite the diagnosis, Lewis’ doctors guaranteed him that he was a “low-risk” patient and didn’t need to take any medication.

Lewis was told he could continue his life as usual and didn’t have anything to worry about.

Then one night, Lisa was awoken by Lewis’ snoring, so she pushed him out of bed to wake him up and get him to stop snoring.

When Lisa felt Lewis’ side of the bed, it was soaked. And it was then that she realized something was wrong.

Lewis lived a healthy lifestyle and exercised. But his face had turned completely blue, so Lisa called an ambulance.

Lewis, who had just turned 25, was pronounced dead at the hospital.

What Lisa thought was snoring was in fact Lewis’ strained last breath leaving his body. The wet spot that she felt on the bed was, in fact, Lewis’ body fluids.

Lisa claims that if Lewis had received an implanted defibrillator (ICD), he would still be alive today. Though Lisa and Lewis begged the doctors, they said it wasn’t necessary.

Lewis died just a year after his diagnosis.

Now, Lisa, who also is 25 years old, has started a petition to warn others about the disease. The goal is make sure that everyone who is diagnosed with Brugada syndrome is given an implanted defibrillator.

Brugada syndrome is hereditary and Lisa is afraid that their two-year son might also suffer from it.

Please share this story with your friends. Let’s draw attention to this disease so that no one dies in vain!