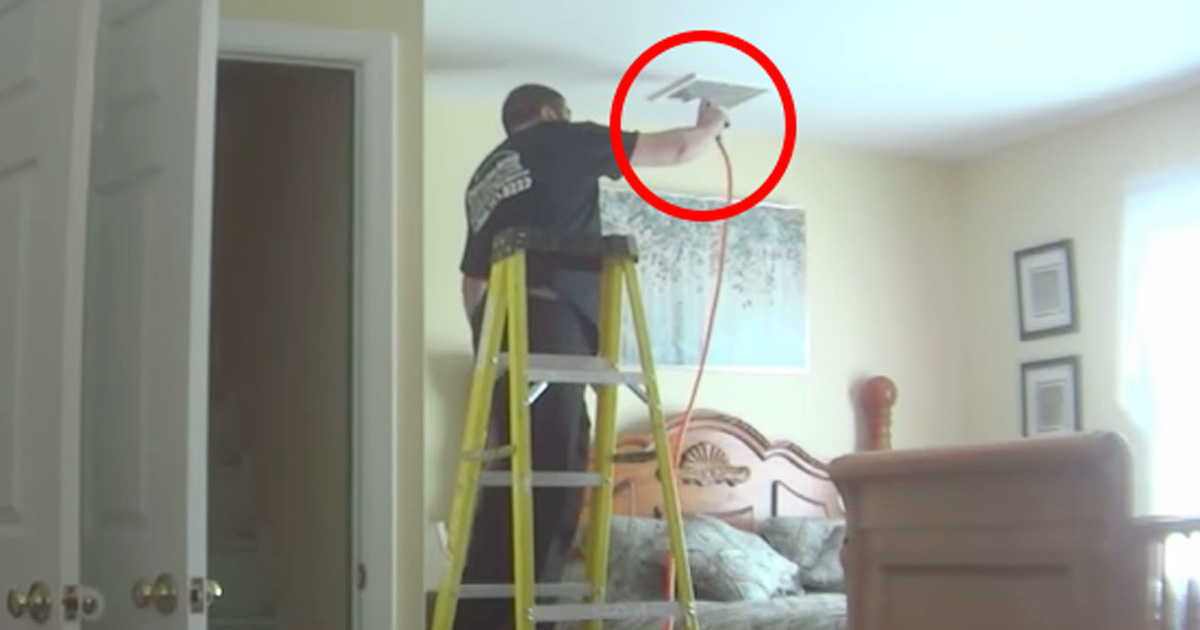 If you own a house or an apartment, you probably know how difficult it can be to pick the right repair company when something breaks in your home. It’s super stressful, because if you choose the wrong company, they could do a bad job or rip you off.

Obviously, most companies and contractors are honest, but some charge an arm and a leg for a job they don’t actually do properly.

To help fight this, Lisa Guerrero, a reporter at Inside Edition, decided to install hidden cameras to expose some particularly dishonest repairmen.

Lisa pretended to be homeowner and contacted two companies that specialize in cleaning air ducts. Both companies had special offers and offered to clean her ventilation system for just $29. But Lisa knew it was probably too good to be true.

Before the repairmen arrived, Lisa had some experts examine the pipes. They found that they were just dusty and a simple cleaning would suffice.

To make sure, the team set up hidden cameras throughout the house — even in the attic.

When the first repairman arrived, he started inspecting the ventilation system. But the hidden cameras showed him spending more time sneaking through the owner’s things than checking the air ducts.

After the guy was done with his inspection, he sat down with Lisa and told her that it would be more expensive than he initially thought. He told her that he found a lot of dust and would have to do a thorough cleaning. The new total? Seven hundred dollars!

But Lisa and the experts had filmed his “inspection” and knew that the man hadn’t even looked at all the places he claimed were dusty.

Lisa confronted the guy and asked him straight out if he tried to scam her. And after dodging a couple questions, the man ran out the front door.

Then a second dodgy repairman inspected the ventilation system and gave Lisa an even higher quote. But this time, she decided to let him complete his work to see what he would do.

Check out this video to see the repairmen “at work,” and then watch their reactions when Lisa confronts them:

This makes me so angry! Partly because these dodgy repairmen steal from homeowners, but also because they destroy the reputation of honest repair people and contractors everywhere.

Remember to always research a company before hiring it, and search online for reviews from other customers. If you suspect you’ve been scammed, ask a third party to investigate the work. And if it looks like the repairperson didn’t do the work they promised, contact the authorities.