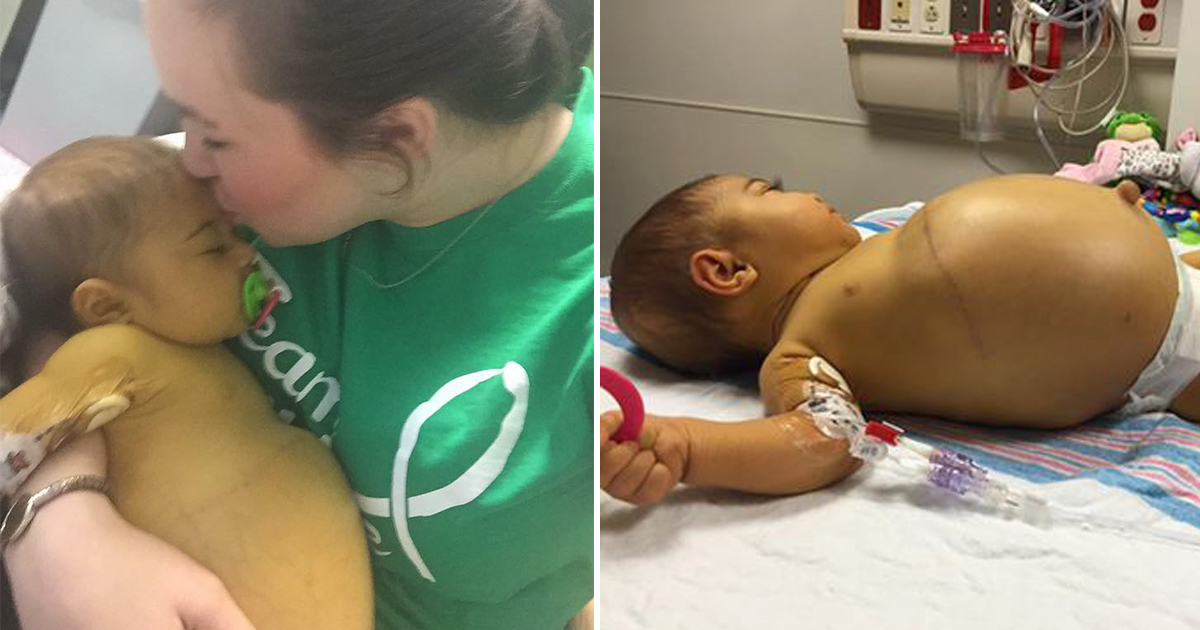 Expecting a child can be very exciting for any parent to be. But anyone who has a child or is expecting one knows that along with the excitement come other emotions, such as fear and anxiety.

When it comes to pregnancy, both parents may feel anxious that everything will go smoothly and both mother and baby will be as heatlhy as possible.

Giving birth to a baby that is unwell is thus a devastating experience that no parent should ever have to go through.

Sadly, this was the case for Amanda and Justin from Illinois, USA, when their precious baby girl Braylee became sick just a few months after she was born.

You can only imagine the happiness Amanda and Justin felt after 9 months of waiting and imagining what their little girl would be like.

But sadly, just a few months after she was born, they noticed something was not quite right with their little girl. Her skin had a yellowish tint and it was clear that she was not well.

On February 3, 2016, the parents found out that their girl had a rare liver disease called biliary atresia, meaning she had been born without a gallbladder, the crucial organ where bile is stored and then released into the small intestine. The organ plays an important part in the digestion process, which is especially important for the health and growth of a newborn.

The doctors informed Braylee’s parents that her condition was critical.

Amanda and Justin were devastated.

The doctors operated on Braylee, connecting her liver to her intestines, but this unfortunately didn’t solve the problem and the girl continued to be ill.

Braylee’s condition deteriorated. Her stomach became bloated until it was the size of a big balloon.

The doctors concluded that the little girl required a liver transplant as soon as possible.

Unfortunately, no emergency liver donors were available at the time.

The family was desperate.

After speaking to the doctors and careful consideration, Justin offered to donate a part of his own liver to save his baby’s life.

The operation was very risky and could possibly damage Justin’s own health. But the father didn’t care — he just wanted to see his baby girl alive and happy.

But just as Justin was getting ready to go through the operation, a miracle occurred.

Somehow just in time, a liver donor was found. The deceased man’s liver would be used for two babies and Braylee would be one of them.

The transplant surgery was a success.

Braylee responded very well to her new liver and gradually began developing into a healthy baby girl. Her skin color returned to normal and she was all smiles, just like any other toddler.

It’s now been over a year since Braylee came home from the hospital. Now 19 months old, her recent pictures truly show what a difference that year has made.

Thanks to a very generous human being who signed himself up as an organ donor, this baby girl has been given a chance to live.

We want to thank all the organ donors out there. They truly are angels in disguise.

This is a remarkable story and we wish Braylee and her family the best of luck.

These people have been through so much! Please honor them and their struggle by sharing their story with all your friends.