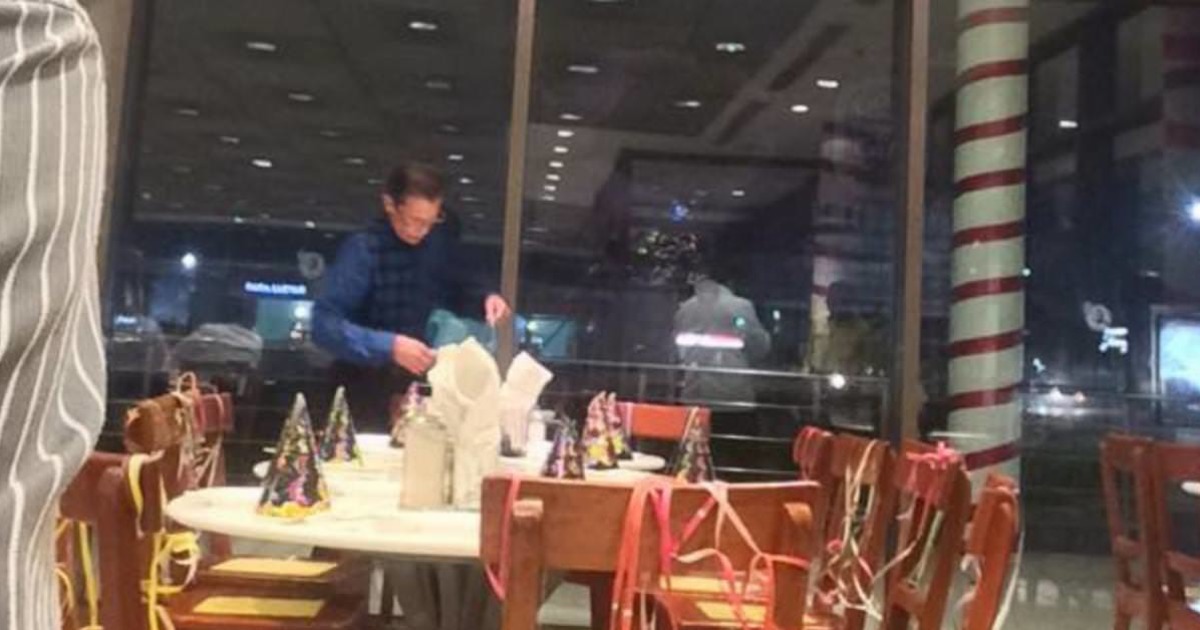 A 61-year-old man went to a restaurant to celebrate his birthday with his family.

At least that’s what he thought he’d be doing.

He arrived early and arranged everything. He made sure there were enough seats and plates, placed the cake on the table, even added some decorations and party hats.

Then he sat down and waited — and waited, and waited. But no one showed up.

The other guests in the restaurant began to wonder what was going on.

Time passed. But the 61-year-old man, Eduviges Villatoro, continued to sit alone in his chair.

Not a single family member showed up to join him.

Eventually, Eduviges stood up. He cleared his throat, asked for the restaurant guests’ attention, and announced:

“It’s my birthday today, I’m 61-years-old and I prepared for a feast tonight. I bought a cake because I was supposed to meet my family here to celebrate my birthday. I hoped that my children, grandchildren and my wife would come. But as you can see, no one turned up,” the man said, according to guest Patty Rodriguez who shared the incident on Facebook.

With tears in his eyes, he then said:

“That is why I now ask if anyone wants to join me to celebrate my birthday and sing ‘Happy Birthday’. I would be eternally grateful.”

The strangers in the restaurant didn’t hesitate for a second.

One by one they stood up and walked over to Eduviges, hugged him and moved several tables together to give the 61-year-old the party he deserved.

None of the guests had ever met Eduviges yet they showed him deep warmth and humanity.

The guests’ kind response quickly took off on the internet. But in fact, Eduviges Villatoros’ birthday celebration was just a social experiment meant to see how people would react when faced with such a situation.

The experiment’s results yielded results no one quite could have expected, proving beyond the shadow of a doubt that humanity is still alive and well.

As I read this story, I understand why many people are afraid to grow old. Sometimes we fail to look after of our elderly, forgetting about them as we go about our business in our own self-centered world.

Many elderly people die bitterly and alone because of the last years of their lives. I hope this story helps us remember our older friends and family — because they deserve our utmost respect and love.

It might have just been an experiment, but I think a big thank you is due to all those strangers who wanted to make this 61-year-old’s birthday something to remember — please share if you agree!