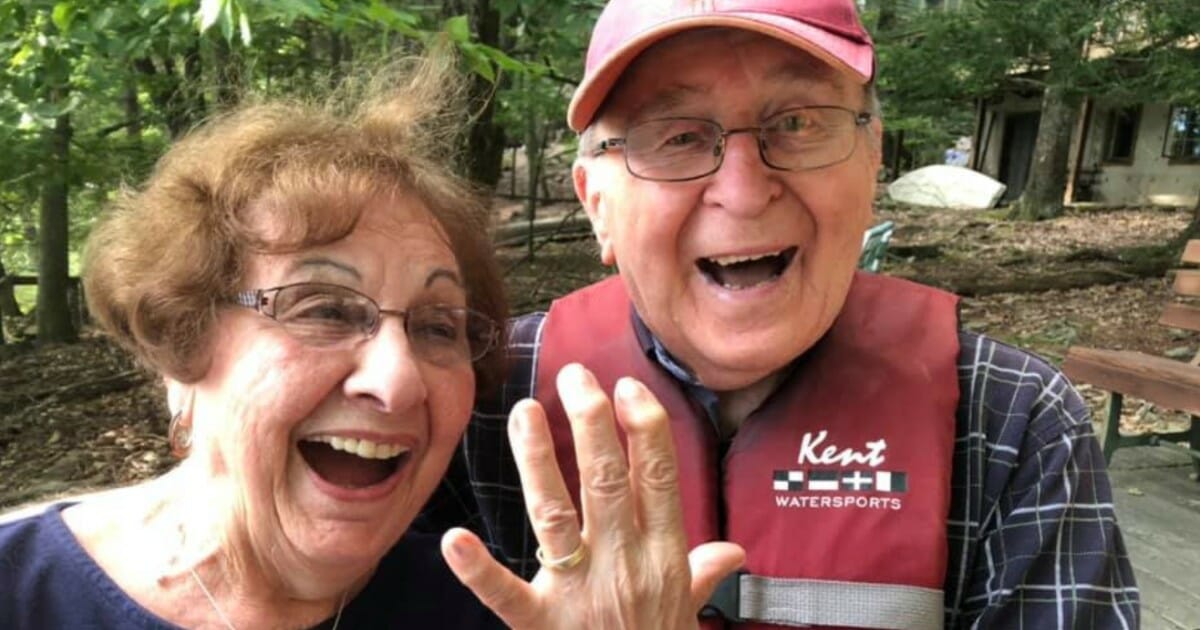 Without fail for 64 years Grace Paulnack has worn her wedding band. Even when she had surgery she left it on her finger, but recently a freak accident resulted in the separation of the two.

“You know how you try to balance yourself on a dock, well flip!” Grace told WNEP.

“She’s waving her hands around and the ring flings off, the ring that nobody could get off,” her husband, Carl said.

“And my two nieces were like, ‘oh my god Aunt Grace, the ring just fell into the lake.'”

Grace was walking on her dock at Lake Wallenpaupack in Pennsylvania, when the accident occurred. She was ready to write the wedding ring off, she even suggested purchasing a new one.

But her husband didn’t want to hear it. He was determined they were going to find the ring, even if it only cost him $10 when he first bought it so many years ago.

Carl contacted a dive team for help. To aid in the search and rescue, Carl colored a piece of metal and dropped it in the area he believed Grace dropped her ring.

“It seemed like he was down there for forever. I guess it wasn’t, but still. Then he said ‘is it two rings.'”

To everyone’s surprise Dive Lieutenant Rich Slidgerski was able to find Grace’s ring – since Grace’s ring was a “nestle of rings” it came apart when it flew into the water.

“It was like a miracle for me,” Carl said.

Once Grace’s ring was brought to the surface Carl said he could relax, even though it didn’t seem to bother anyone else.

“They were like eh well, but it was a big deal to me,” he said. “I said Grace if I have to, I’ll build a dam around this place, I’ll pump the water out and find it myself but I am going to get those rings back.”

Can you believe Grace’s ring was found?! I certainly can’t!