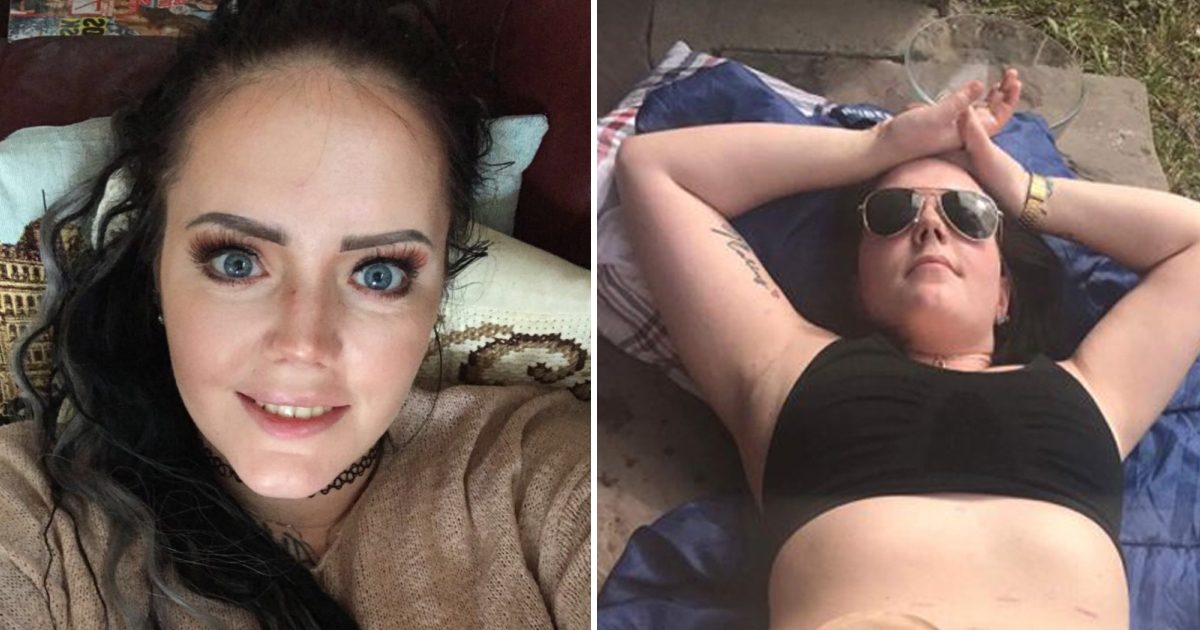 A year ago, 25-year-old Lotte Grønbekk Elli was forced to live with a stoma bag.

For the first time since then, she has gathered the courage to head out to the beach and lay down in a bikini – her stoma bag fully exposed.

But unfortunately, it soon became clear that some of the other beach goers did not seem to be too comfortable with it.

Lotte went to the beach with her family in the Norwegian town of Hønefoss.

It was the first time she’d dared show up in a bikini since she got her stoma bag the year before.

“I decided to finally get into a bikini for the first time since I got my stoma. I’d lost weight and felt so happy, so I wanted to go out in a bikini,” Lotte writes on her blogg.

But once on the beach, she was met with other’s judgemental looks. As Lotte lay and sunbathed on a hot summer day, a woman, completely unknown to her approached – and told her to put on some clothes.

“It’s disgusting that other people should stare at your stool,” the lady told her, Lotte told local paper, RB.

Lotte became uncomfortable and could not believe that people could be that intolerant towards a stoma. At the same time, she recognized that many simply do not have much knowledge about them. She therefore began to run her own blog, sharing her experiences. Her hope is to spread awareness about a topic that is sometimes considered taboo.

“It’s probably because of ignorance. It’s not common for young people to have it, and especially to reveal them,” chief physician Thomas Hegglund told RB. “But it’s important to dare stand up and face taboo subjects.”

“I think many people are just curious about it, so it’s nice when people dare stand up and expose what it’s like to have to live with one. That’s what I’m trying to accomplish,” Lotte adds.

Following her story going public, Lotte says she’s received loads of encouraging and positive reactions sent to her through email.

It’s never okay to bully or judge someone based on their appearance – and certainly not a medical condition! I’m so glad Lotte is standing up for herself and sharing her personal experiences to expose this subject.

Now it’s up to us to help her spread it further – so please remember to share!