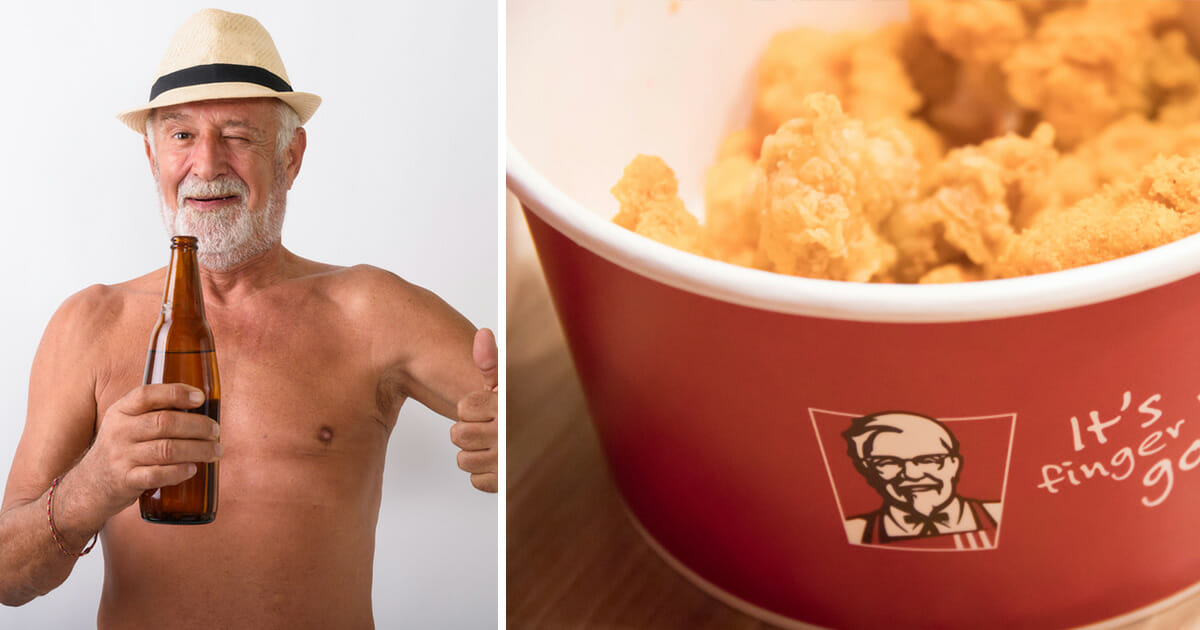 Beer, money, gratification, chicken … it doesn’t matter, the simple fact of the matter is that none of us hate receiving something for free.

The problem arises when we’re purposefully deceitful with the aim of getting something, like one 27-year-old man who is set to appear in court after scamming his way to eating free KFC for an entire year!

South African man arrested for eating at KFC free for a year by saying head office sent him to taste if they are up to standard. pic.twitter.com/1V4eD7IR2i

According to India Today, the South African man in question hatched a scheme that enabled him to dine at KFC without having to pay a dime, all by simply saying he worked for the company and had been sent from head office to check the quality of the food.

The suspect, said to be a student at the University of KwaZulu-Natal, located in Durban, South Africa, would enter restaurants with confidence and tell staff he was there to inspect the food being served.

Reports state that this lover of fried chicken carried an ID card from ‘head office’, and that he’d go to such lengths as dressing himself up to look the part and even arriving in a limousine (not joking, his friend is apparently a limo driver).

??? He is a legend and is now very experienced taster. KFC should employ him

A member of staff working at KFC said: “When he arrived we would all try to act our best so that we didn’t piss off the man from head office – he was so convincing because he was so confident, and even colleagues from other branches of KFC know him.

“When he came in, he rushed to the kitchen and checked everything, taking notes and then asked for samples of whatever he wanted. He probably worked for KFC before because he knows everything.”

It should come as no surprise at all that the man has gained celebrity-like status online, with many dubbing him a hero despite his arrest.

We’ll keep you updated with regards to his trial, but he sure is a hero in our books.

Share this article if you think this KFC-lover is a genius!