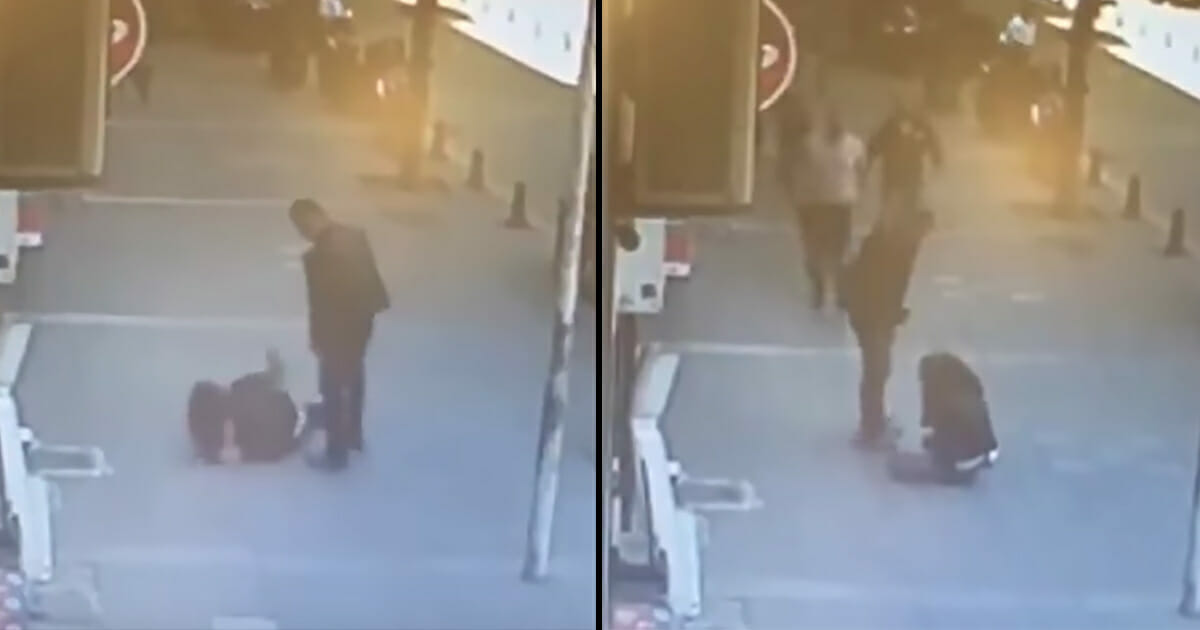 Violence is always a terrible thing. But something that makes me even more distressed is violence in relationships. To physically hurt the person who loves you unconditionally is unforgivable, which is why it’s so sad that it’s not an altogether uncommon thing.

Something that is uncommon, however, is when abusive partners carry out their actions in broad daylight. It wasn’t a wise decision for one man who recently began to hit his ex-wife on a street in Turkey.

According to one of Turkey’s largest newspapers, Hürriyet, the incident occurred shortly after the couple had been to the Court of Justice in Istanbul to open divorce proceedings.

Surveillance cameras show how an argument escalated in the streets. From the images, you can see the man begin to beat the defenseless woman with what looks like rolled up papers, until she falls to the ground.

“He beat his wife,” a passerby said, according to The Sun. “She was crying and screaming.”

The abuse, however, didn’t go unnoticed. Nor did it go on for long.

Strangers were there to witness what was happening, and it only took seconds for another man to intervene.

The unlikely hero launched a flying headbutt at the abuser and then pinned him to the ground.

The passerby then held the man down while more people rushed to the scene. Local media sources say the suspect was arrested by police when they arrived.

The video has since been uploaded online and soon became a viral hit. Many people believe the abuser got what he deserved.

Violence isn’t the best way to deal with violence, but who knows how this might have ended if someone hadn’t stood up and defended the woman!

What do you think? What would you do in this situation?

Hopefully, this man got a proper punishment. We can only hope the woman has left him and that he learns from his mistakes. Share this if you hate partners who beat their other halves and think it should be stamped out immediately!