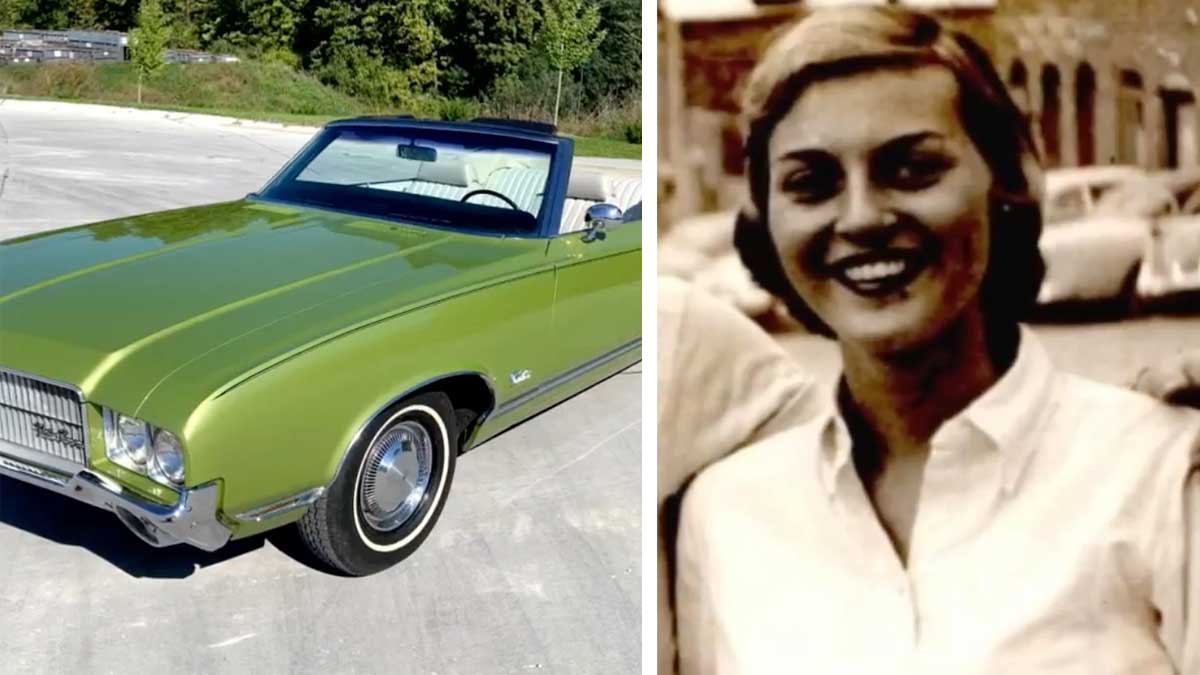 For nearly three decades John Berry attempted to purchase his late mother’s 1971 Oldsmobile Cutlass Supreme from the person who bought it shortly after his mother’s sudden death in 1975.

In September 2021, his dream of owning her car finally came true. And to make the purchase even sweeter, Berry discovered some of his mother’s possessions had remained in the car the entire time and would now be coming home with him.

His father bought the bright green car for his mother in 1971. Berry remembered how much his mother, Janis Berry, loved her car.

“She would make it an event to go to the supermarket,” he told The Washington Post.

He and his older brother and younger sister got to enjoy the car rides with their mother for several years before she unexpectedly passed away in 1975.

“We never got to say goodbye. It was devastating for all of us,” he said. “It was a sense of loss that’s hard to describe.”

Their parents were divorced at the time, and shortly after her death all of her possessions were sold. However, since the car was still in his father’s name, his father kept the car.

He kept it for a few years before selling it to a collector who lived in their same town, Defiance, Ohio.

It wasn’t until the early 1990s that Berry realized how much he missed his mother’s car.

“As I grew older, I just longed for her to be in my life.”

He asked his father for the name of the person who purchased the car and then began his hunt.

When he found the new owner, Mike Hamilton, he reached out to him hoping he would be willing to sell, but no such luck.

“For about 20 to 22 years, I stayed in contact with that gentleman,” Berry told WCPO.

His persistence paid off because in 2021 when Hamilton decided to start selling some of his own cars – he has 28 in his collection – Berry was the first person he had in mind.

“It was really sentimental to John, so it was an easy decision for me,” Hamilton, now 81, said.

‘It was the right thing to do.’

So in mid-September Berry drove six hours from his home in Kentucky to Hamilton, who now lived in Michigan, to retrieve the car. Berry’s older brother also joined him on the trip.

“It was like somebody turned the key, not just on the engine, but on a flood of memories,” Berry said. “It was really powerful.”

The brothers also discovered some of their mother’s possessions still in the glovebox.

“In the glovebox, there was a pair of my mother’s sunglasses, some papers she had written maps on, and some earrings and stamps that she had kept in there,” he said. “So that was another trip down memory lane.”

Since they weren’t far from their mother’s grave site, they also visited her grave.

“It came full circle,” Berry said. “It was an emotional journey.”

And for Hamilton, he was glad to see the car back where it belonged.

“I was happy to see that it went back to the original family.”

Oh my gosh, what a happy ending! I’m so glad John’s mother’s car is back in the family.

Share this heartwarming story with all of your friends.